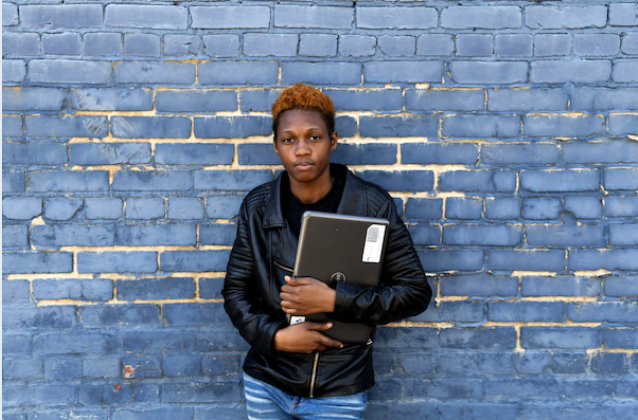 By The Washington Post · Geoffrey A. Fowler · NATIONAL, TECHNOLOGY, EDUCATION

Pencils, paper and crayons? No, this year's most important back-to-school supply is a computer.

After a scramble when covid-19 first shut classrooms in the spring, many school districts have designed this fall's education around laptops and tablets. That, of course, presumes parents can get the right device, prevent it from breaking, keep the WiFi running and ensure their kids aren't just goofing off online. And with the economy in the toilet, many families can't afford a pricey new laptop or broadband connection. 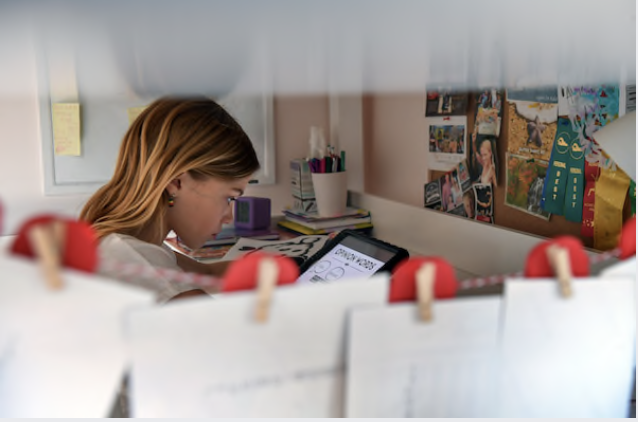 Maybe the laptop is something your school supplies - or maybe you'll buy it yourself. Either way, you need a survival plan.

Last year, American schools bought about 30 million laptops and tablets, while parents bought 2.2 million directly, according to industry analyst Futuresource. Even with a push toward free laptop programs, many schools are still asking parents who can afford it to buy equipment themselves. And for some families, getting a new laptop is a rite of passage.

But the pandemic has changed what we need these machines to do. Now laptops need to get online at home, away from free school broadband and professionally managed WiFi networks. Laptop hardware also now needs the horsepower and battery life to run video conferencing and Web browsers for six or more hours.

The good news: You don't have to spend much more than $300 to get a computer with a good battery and a webcam that can keep on trucking for three or four years. "Across the country, most curriculum has gone on the Web, so you don't have to invest in that high-end laptop," said Kenneth J. Thompson, chief information technology officer of the San Antonio Independent School District.

Online learning has its upsides, too. Teachers, in theory, can get data to personalize instruction. Students are also learning tech skills early. "The silver lining is that kids doing this right now are going to be even more prepared for our digital economy," Vanessa Monterosa, Los Angeles Unified School District program and policy specialist, said.

So where do you start? I spoke with teachers, administrators, parent advocates and tech companies to draw up a back-to-school laptop guide for a year when school is the laptop.

- Listen to your school - or ask it these questions. The trouble begins when parents don't understand what the school has given their student, or what they really want them to buy.

"I always advise parents to go back and ask the school if they have any advice," said Adam Garry, a former teacher who now works as Dell's senior director of education strategy. Not only can listening keep you from wasting money, but schools are much more likely to provide free troubleshooting and support on a sanctioned device. That's a precious gift for parents suddenly serving as home-school IT help desk.

Mind you, a lack of communication isn't always parents' fault. Schools in scramble mode sometimes fail to be clear. In a survey earlier this year, Futuresource found that only 35% of schools recommended laptop models or operating systems to parents - and when they do, only half of parents actually take their advice.

Whether you get a device or buy one, make sure you ask: What's already loaded? How does your child log in? Where are the assignments and class links? What are the rules about what your child can and can't do on the device? Can you turn on or add more parental controls? And who do you call when something isn't working?

Common Sense made a handy draft cheat sheet for schools that has even more good questions for parents.

- Talk with your children about their needs - and responsibilities. Is this device just for school, or is it also how your child is going to be in touch with friends and play? When parents buy laptops directly for their children, they spend more than schools do - an average of $520, according to Futuresource - because they want them do more.

Your child might have some strong opinions. A device with a stylus could help them explore an interest in art. If their friends are really interested in Minecraft, they'll be better off with a Windows laptop. Even something like the ability to set virtual backgrounds on Zoom video calls could be a status symbol or source of stress. (Lots of older laptops don't have enough horsepower to run these backgrounds - here are Zoom's requirements.)

Whether it's on loan from school or a purchase, a laptop is also a responsibility. Consider making a contract with your child about how they'll protect it from drops, water and other destructive behavior.

Chromebooks, which are laptops that use a version of Google's popular Web browser, account for the majority of educational laptops. They're inexpensive because they run online programs that don't require a fast processor or lots of storage. Schools like them because they're easy for administrators to set up and control. If your school tells you to buy one, you might consider Dell's $250 3100 Chromebook education, the $360 HP Chromebook X360 12-inch or splash out on the $570 Asus Chromebook Flip C434.

But I'll be blunt: I don't love Chromebooks, because Google is increasingly more interested in harvesting our data than in helping us. In February, New Mexico's attorney general sued Google for child privacy violations. (Tip: Be sure your kid is using his or her school-supplied address to log in to theirs because Google isn't allowed to track them as much with that account.)

And you don't need a Chromebook to run your school's Google-based educational software. Laptops running Microsoft's Windows 10 have gotten much, much less expensive. Windows laptops can run Web-based software, as well as more sophisticated apps that have to be stored on the laptop hard drive. The downside is Windows has more of a reputation for security hassles and other troubleshooting problems. (Tip: Make sure you've got the built-in Windows Defender Antivirus turned on.)

I recommend focusing on models Microsoft calls out for being optimized for education (available here). Laptop makers give those solid battery life, design them to take drops and even survive bored kids trying to pick out the keys. You might consider the $350 Lenovo 100e 2nd Gen, the $471 Dell Inspiron 15 5593 and, at the high end, the new $980 Dell XPS 13.

"If you're able to get the education version of Windows 10, that would be best," advises Microsoft's education group leader, Jordan Chrysafidis. It has a simplified start menu, has been tuned to disable potential disruptions like the talking Cortana assistant, and pushes software updates to late at night.

- Apple keyboard are fixed now - but Macs are changing soon. In K-12 education, Macs are niche. But they have their advantages: Apple builds devices to last, makes support easy and simplifies syncing messages, photos and other files with an iPhone. Just know you'll pay hundreds more for the privilege - and Apple only offers its individual educational discounts to teachers and college students. (Hey, Apple, aren't pretty much all American parents teachers now?)

If your family is in the Mac tribe, Apple also makes life simpler by giving you just three main laptop choices. Most students go for the least expensive, the $1,000 Macbook Air.

The good news is that Apple has recently updated the whole line to replace the "butterfly" style keyboard that caused many people to complain of dust and crumbs killing keys. I've been using Apple's new "magic keyboard" on my own Macbook and am happy to report it feels fine and hasn't been foiled by my pandemic snacking.

If you're considering buying a new Mac, just keep in mind that Apple announced this summer it's going to begin switching to a new kind of processor later this year. That means a new generation of Macbooks is just around the corner that could boast better performance and battery life.

- iPads are fine for the young but still aren't laptop replacements. Touchscreen-first devices like the iPad are great for young learners. But many school IT managers tell me they shift to Chromebooks or Windows laptops by the time kids move into third grade. That's when students need to start writing and typing with a keyboard, and the cheapest way to add an Apple-made keyboard to an iPad brings the overall price to $488 (without educational discount).

And while Apple keeps pushing the iPad's software to be more productive with features like a fully functional version of the Safari browser, it still can't replace a laptop. I own both an iPad Pro and a Mac laptop, and I grab the Mac when I want to write or edit photos and video, while I use the iPad when I want to read, video chat or watch TV in bed.

The pandemic suddenly made webcams a critical element of educational tech. Most new devices come with them, but they're not always very good. You can buy an external webcam that plugs into the computer - after being in short supply in the spring, they're now back at many stores.

One issue that's easily overlooked: the placement of the webcam. Some laptops put it down near the hinge, forcing your Zoom class to look straight up your nose. Even iPads have cameras in an awkward location on the side when it's flipped horizontal.

Don't forget headphones, either. They're a lifesaver if your household has multiple people learning or working from home during the pandemic. Expensive noise-canceling ones aren't necessarily worth the money at home - their tech is designed to cut out low-frequency background noise like an airplane hum more than the drone of a little brother.

Some families also opt for a stylus or digital pencil to use with an iPad or two-in-one laptop-tablet device. There's evidence, Microsoft says, that learning comprehension on math and science improves by more than 28% when notes are handwritten instead of typed. Software is also getting much better about making handwritten notes searchable - of course, depending on how messy your handwriting is.

And there's one inexpensive upgrade you can try if a new laptop is out of the budget: For less than $100, you can get a 21-inch screen that plugs into the laptop and lets kids sit up straight and focus on the task at hand. It might just be the next best thing to a desk in a classroom.

- Make sure your kids are actually learning something. Distance learning amplifies all the worries parents have about screen time. How much time should children be spending in front of their laptops now? "A lot of parents want to know: Are you doing homework or are you playing games? And they want to be able to manage that," said Knorr of Common Sense.

Chromebook, Windows and Mac laptops as well as iPads all offer parental controls. But none are foolproof: Kids multitask, and often figure out how to get around restrictions. There's no sure-fire way, for example, to make sure they only access the educational videos on YouTube.

Another option is the parental controls built into your home WiFi network, where you can restrict access to content and even cut off connection during certain hours. Some Internet providers include these tools free into an app that comes with the service, or you can buy your own WiFi router that includes family controls.

But in the end, software alone isn't going to ensure a productive school year. Children need to learn the skills to be good digital citizens.

"If we have certain expectations for the kiddos, parents need to be the models," said Sophia Mendoza, director of the Instructional Technology Initiative in Los Angeles. Her own daughter, she said, recently called her out for using her phone late at night. "These are learning opportunities for families."