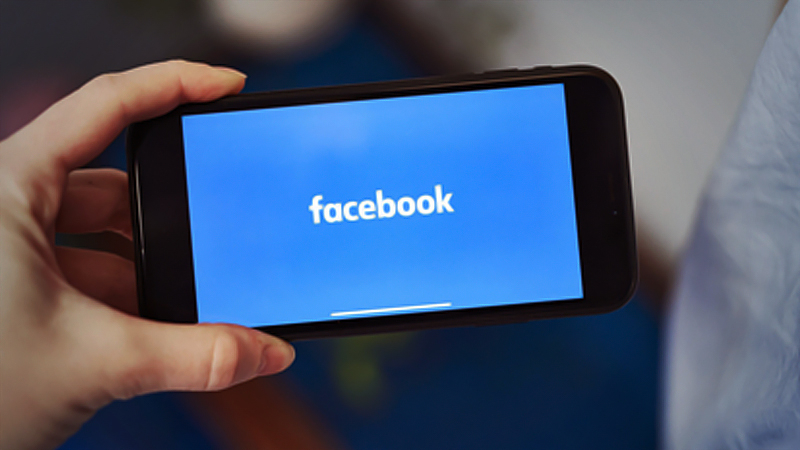 The number of accounts was small and their reach minimal, the company said, but the action underscored how online actors in China have taken an interest in election-year politics in the United States, as U.S. intelligence officials previously have reported. They also have said Russia and Iran are seeking to influence the American election.

The pages and accounts removed by Facebook were operated by individuals in China, but the company did not determine whether they had any affiliation with the government or ruling party there.

"It's a fairly nascent thing," said Nathaniel Gleicher, head of cybersecurity policy at Facebook. He said the initiative started in the spring and never reached many users. "We've seen content fairly quickly get attention. We didn't see that here."

One fake post cited by Facebook was from Friday. It said: "A former Trump supporter tells me that the tipping point for them leaving the campaign this week was when they figured out @realDonaldTrump was lying about having a vaccine ready to distribute to the public this year. They now plan on voting for Biden."

Gleicher said in a call with reporters that the roughly 10 Chinese accounts and five pages aimed at U.S. politics were part of a broader takedown as Facebook enforces its policy against "coordinated inauthentic behavior" and interference by foreign governments.

Overall, Facebook removed 155 accounts, 11 pages and nine groups from China from its main platform and six accounts from Instagram, a Facebook subsidiary. A previous Facebook takedown, in August 2019, targeted accounts the company said were affiliated with the Chinese government, but those accounts were focused on unrest in Hong Kong, not U.S. politics.

A report by Graphika, a network analysis firm that works with Facebook to study disinformation, echoed the company's conclusion that the amount of effort aimed at U.S. politics was relatively small. The influence operation focused on issues related to the South China Sea, including the U.S. military presence there, with the intended audiences probably in the Philippines and Taiwan. The operation frequently promoted political themes aligned with Chinese government interests and those of Filipino President Rodrigo Duterte.

"The U.S.-focused content was the least and last part of the operation," said Ben Nimmo, head of investigations for Graphika. "Some of their fake accounts did not engage with political content at all and liked content from the U.S. military instead. Most of the U.S.-focused assets were taken down when they were a few months old, so they didn't have time to build a substantial audience."

Also Tuesday, Facebook removed 57 accounts and 31 pages from the Philippines that targeted domestic audiences there, including attacks on the independent news organization Rappler and its chief executive, Maria Ressa. Also removed as part of the operation were 20 Instagram accounts. The main focus of the online influence operation was domestic audiences in the Philippines.

Some of the accounts had close ties to the Filipino military and its "Chief of the Army Social Media Center," according to a report by the Atlantic Council's Digital Forensic Research Lab, which examined data provided by Facebook.

"The Duterte government has a track record of running coordinated harassment and disinformation campaigns targeting political opponents and journalists," said Zarine Kharazian, author of the report and associate editor of the DFR Lab. "This disclosure demonstrates the involvement of the military and the police in that effort, something that activists in the country have long stressed."