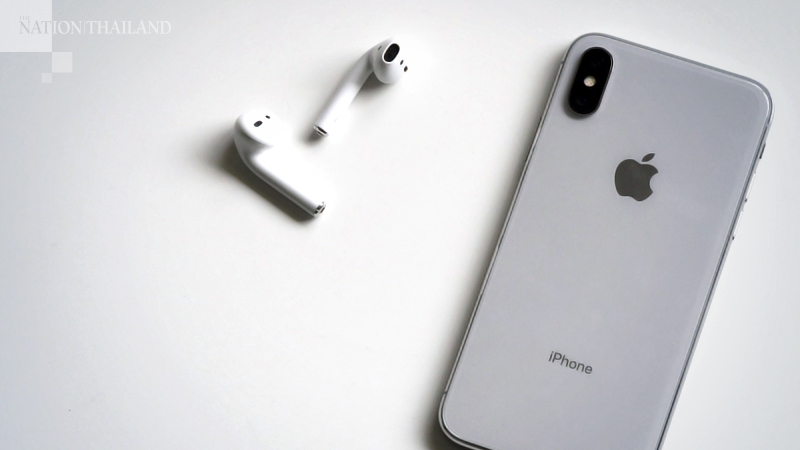 SAN FRANCISCO - Apple is thinking small again. The company is making a new "mini" iPhone and HomePod smart speaker, and shrinking its iPhone packaging by taking out the power adapter and headphones.

The one thing the company hopes to keep growing is sales, as it enters a most unusual holiday season. It's an open question how the coronavirus pandemic, which has devastated the finances of many families, might affect customers' upgrade decisions.

In a pre-recorded video streamed Tuesday morning, Apple unveiled its new iPhone 12 lineup that includes four different models. Filled with elaborate drone shots of Apple's mostly empty Cupertino, Calif., headquarters, the announcement focused on camera features, durability and the promise of fast wireless connections. Literally from the rooftop (which is covered in solar panels), Apple proclaimed that it was shrinking its environmental footprint by not automatically including the power adapter and headphones.

The star attraction was a new iPhone 12s that supports new 5G cellular networks. That technology theoretically enables much faster mobile downloads than the 4G networks the iPhone has supported since 2012's iPhone. But consumers won't experience that until carriers build out their 5G networks.

After years of smooth, slippery rounded edges, Apple is bringing flat sides back to its iPhone designs. It one of several changes that are a throwback to older phones.

The iPhone 12 mini is 5.18 inches tall, and could appease fans of the older iPhone SE, which fits better into some hands and pockets. There appear to be few other differences between the 12 mini and the regular iPhone 12, except for a shorter battery life.

Apple is also bringing back "MagSafe," its name for putting magnets around a charging area. MagSafe used to help keep MacBook cords from popping out, and now a circle of magnets on the back of new iPhones will help it stay in place on a wireless charger, or hold new accessories like a wallet.

In another nod to older, heavier devices, Apple says it is making its new phones sturdier. It touted the new glass on the iPhone 12, which is made by Corning, calling it "tougher" than previous models because of its new "ceramic shield."

"Tough" in the glass industry means the glass is less breakable. That's a good thing, because broken glass is one of the main reasons people end up repairing their iPhones. But in glass, toughness is at usually at odds with hardness, which makes glass scratch resistant. However, Apple says this is a new kind of technology that won't make the tougher screen easier to scratch.

Of all the tweaks and upgrades on this year's iPhone 12, there was one older feature that really would have made a difference in people's lives: a fingerprint scanner.

Apple switched to Face ID on new iPhones in 2017, ditching the Touch ID sensors that unlocked phones quickly and easily. Apple had a good reason for getting rid of fingerprint sensors. It wanted to make bigger screens, and the home button with the sensors took up valuable real estate.

But Face ID isn't cutting it anymore, now that the pandemic has us all masked up in public. It's no fun repeatedly typing in six-digit passwords at the supermarket just to check your shopping list. It has some people disabling passwords, creating a big security risk, or just not using Face ID.

Apple has a solution to the problem: Fingerprint sensors on the side of the device, instead of the screen. But those sensors are only available on iPads, not iPhones. That's a curious decision, considering the Face ID problem is less of an issue for iPads, which people tend to use more at home, when they're not wearing masks.

Starting with the iPhone 12, there will be no more power adapter or corded headphones included with new phones. The change was expected, especially after it dropped the adapter from the new Apple Watch Series 6 box last month.

Apple believes that anyone upgrading from an older iPhone model probably has one or more of the adapters and a tangle of EarBuds already. But if anyone needs to restock, Apple will sell them for $19 each.

Apple vice president Lisa Jackson, a former administrator of the EPA, said the move was part of Apple's commitment to the environment. There will still be a power cable, which plugs into a standard smaller, USB-C style port.

Standing on solar panels on top of Apple's headquarters, Jackson said there are already over 700 million corded headphones in the world, and 2 billion Apple power adapters. Cutting the accessories, Jackson said, means Apple can make smaller boxes, which cuts 2 million metric tons of carbon emission annually - like removing 450,000 cars from the road per year.

But Apple didn't cut the price of its phones to compensate consumers for the cutbacks. The iPhone 12 mini starts at $700, the same as last year's iPhone 11. And while Apple generally has a better environmental reputation than other tech companies, it isn't perfect. A recent lawsuit in Canada revealed that more than 100,000 devices Apple had sent for shredding were still able to be used.

Apple has struggled to make its mark in the smartspeaker market. While it was the first of the big tech companies to have a voice assistant, Siri, it is still far behind Amazon and Google when it comes to voice controlled smartspeakers.

Now, three years after releasing the HomePod, Apple has announced a new version that is smaller and cheaper. Small and plump with a glowing circle on top, the new HomePod mini looks like a votive candle holder.

At $99, compared with $299 for its original HomePod, the mini is more in the price range of competing products from Google and Amazon. Apple has added some new features, many of which already exist on competing speakers, such as the ability to recognize different voices and an intercom feature to yell at family members over different speakers in a house.

However, it appears to still have limited integrations with third-party services. Apple says it will work with Apple Music, its own Podcasts app, iHeart Radio, Radio.com and TuneIn radio, with Pandora and Amazon Music coming later. Still conspicuously missing is Apple Music competitor and smartspeaker favorite Spotify.

Apple is focusing on one advantage it thinks it has in the smartspeaker market: audio quality. It says the device uses "computational audio" for 360-degree sound, but without a side-by-side demonstration, it's impossible to know how it will stack up to the range of Google and Amazon offerings.

"I don't think anyone is going to run out and buy this speaker and then get rid of their existing Google or Amazon model," said Victoria Petrock, an analyst at eMarketer who follows the smart speaker market. "Over time, however, Apple may be eyeing a bigger play for subscription services in entertainment, fitness and/or healthcare - and having this speaker as part of an entrenched, more complete system of Apple products within people's homes could tilt the balance toward Apple products and services."

Apple says its entire new lineup of iPhones will support 5G networks, the next generation in wireless tech. A 5G iPhone 12 might sound like a useful upgrade, but the cellular networks that would support it are still being built in the United States and many other countries.

To help sell the new technology, Apple included Verizon's CEO Hans Vestberg in its video. But both companies chose their words carefully about a tech that's still a work in progress in markets such as the United States.

What the companies skipped over: how few places you can use this ultrafast network. As of this summer, it was less than 1% of the United States, and mostly in places we spend little time during a pandemic - in stadiums and busy downtown corridors. New iPhone owners in the U.S. might have to wait a year or more to notice dramatic download speed improvements on a wide scale.

At the Apple event, Verizon said it would double its ultra wideband 5G presence in some cities, and roll out to 60 markets by the end of the year. But it didn't say how much of the United States that would cover.

Network analysis firm Opensignal says the overall download speed experience of 5G phones on American networks is 33 Mbps, the second-slowest in the world. Average 5G speeds in Saudi Arabia, which topped the list, are 145 Mbps.

For many iPhone customers, the camera is the most important feature when considering an upgrade. After essentially killing the point-and-shoot-camera market, smartphones have become the only camera many people use to record their lives.

Apple is well aware, and it tries to regularly improve its camera offerings, including marketing its highest-end phone to professionals and people who pretend they are pro photographers. The iPhone 12 is no different, with improvements across the line and especially in the iPhone 12 Pro.

Night Mode is a setting that automatically turns on when you're shooting someplace that would typically be too dark for a photo. With the iPhone 12 line, Apple is adding its night mode feature to all the device's cameras, including the front-facing option used for selfies and the ultrawide back camera. The new devices will also add the ability to shoot night-mode time lapse videos.

The iPhone 12 Pro also adds a fourth sensor on the back that measures distance, similar to the lidar (light detection and ranging) scanner Apple built into its latest iPad Pro. The sensors are used by many autonomous vehicles to sense the environment in much greater detail than traditional radar would allow. However Apple is using them to improve augmented reality offerings and improve photography in low light, by finding the right spot to focus on when traditional light sensors might fail when it's dark.