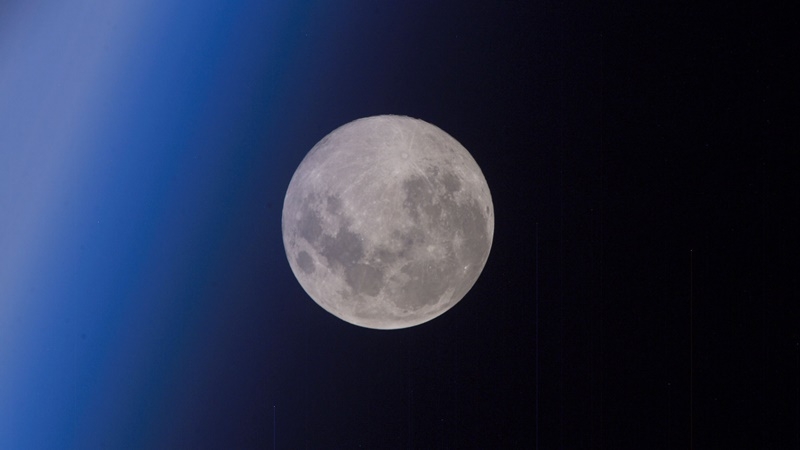 NASA announced Tuesday that seven nations have joined the United States in signing the Artemis Accords, a series of bilateral agreements that would establish rules for the peaceful use of outer space and govern behavior on the surface of the moon.

The rules would allow private companies to extract lunar resources, create safety zones to prevent conflict and ensure that countries act transparently about their plans in space and share their scientific discoveries.

In an interview ahead of the announcement, NASA administrator Jim Bridenstine said the accords are "intended to create norms of behavior that all countries can agree to so that we can keep peace and prosperity moving forward in space and avoid any kind of confusion or ambiguity that can result in conflict."

He said the accords, first announced in May, would build on the 1967 Outer Space Treaty, which bans the use of nuclear weapons in space and prohibits nations from laying sovereign claim to the moon or other celestial bodies.

The seven nations that signed are the United Kingdom, Australia, Canada, Japan, Luxembourg, the United Arab Emirates and Italy. It's a somewhat eclectic mix, with countries like Japan, that have long been partners on the International Space Station, joining others, such as Australia and the UAE, that have relatively new but up and coming space programs. Bridenstine said the event Tuesday was only the beginning and that other nations would soon be joining. Ultimately, he said, the U.S. would create "the biggest, most diverse coalition of nations ever in the exploration of the moon and beyond."

Signing the accords would also be a requirement for any nation wishing to partner with the U.S. in its Artemis program to return astronauts to the surface of the moon. But not all nations have reacted favorably to the agreements, or the lunar plan.

Dmitry Rogozin, the head of the Russian space agency Roscosmos, previously compared the accords to an invasion that would lead to another "Iraq or Afghanistan." On Monday, during the International Astronautical Congress, a global space conference, he said Russia was not likely to participate in NASA's moon mission, which he said was "too U.S.-centric."

He said NASA's approach to lunar exploration, which would use a station in orbit around the moon called the Gateway, differs from the cooperation between nations on the International Space Station.

"The most important thing here would be to base this program on the principles of international cooperation that, which were used in order to fly ISS," he said, speaking through a translator. "If we could get back to considering making these principles as the foundation of the program then Roscomos would also consider its participation."

Bridenstine said "the Gateway uses the exact same international agreement, the IGA, that the International Space Station uses." He added that NASA has "shared with Roscosmos what we would like to do with the Gateway in terms of collaborating with them and seeing what they're interested is, and we just haven't heard back."

By law, the United States is effectively barred from cooperating with China in space. But NASA officials said that even if Russia and China are not signatories, the accords would be successful because they would create a baseline for the world to follow.

"Precedent is important," said Mike Gold, NASA's acting associate administrator for the office of international and interagency relations. "By embracing our values, along with our partners, we're creating a track record, a norm of behavior that will influence the entire world to proceed with the transparent, peaceful and safe exploration of space."

The accords would allow countries or companies to create "safety zones" so they could work to extract resources. NASA and China are both interested in going to the South Pole of the moon, where there is water in the form of ice in the shadows of craters.

Being able to operate there safely, without interference, will be critical if multiple nations are vying for the same resource in the same place, he said.

"The most valuable resource that I think any nation is going to be interested in is the water ice at the South Pole," he said. "So if we get to a position where there is a competition for that resource that's an area that we're going to have to deal with."

But he also said there was value in being open so that nations could avoid any confusion and potential conflict.

"We need transparency so that people know where you're going, and what yours doing and how you intend to operate. And that includes, for example, a rover," he said. "How far is that rover going to go? What is the space within which that rover is going to operate? How do we make sure that when somebody else goes to a nearby region, they're not interfering with the rover."