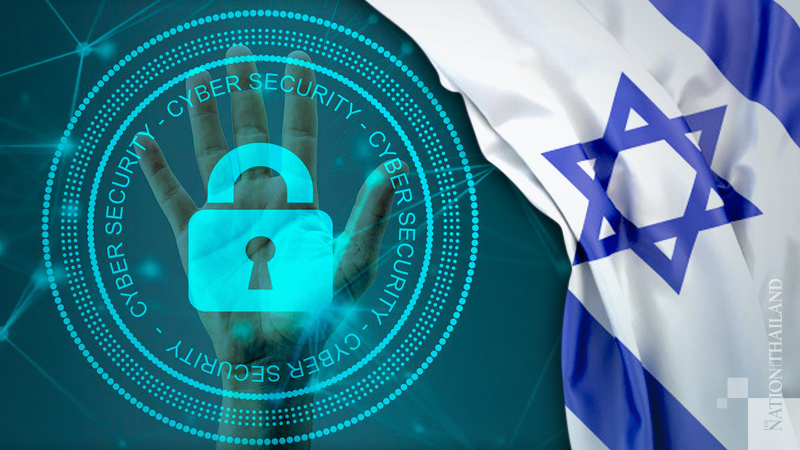 TEL AVIV - Amir Ounallah is an Arab entrepreneur from northern Israel looking to integrate artificial intelligence-based robotics into the e-commerce site he runs at an organic farm outside of Nazareth. But he needs an investor.

Now, after the agreement last summer between Israel and the United Arab Emirates to normalize relations, Ounallah is angling for some of the big Emirati money that is already starting to flow into Israel.

For some of the 2 million Arab citizens of Israel, mainly Palestinians who remained inside Israel's borders after its 1948 war of independence, the newfound access to the UAE is a chance to form economic and cultural ties that had long been officially off limits.

The prospect of connecting with the UAE and other wealthy Arab states is especially intriguing for the Arab Israeli tech community. Over the past two decades, Arab Israelis have watched from the sidelines as their Jewish neighbors translated military experience into multibillion-dollar start-ups, especially in areas like cybersecurity, and Israel became home to the highest per capita concentration of start-ups in the world, according to Startup Genome, a San Francisco-based research group. Arab Israelis hope Emirati finance can get them in the game.

The Palestinian Authority, which governs the West Bank, has blasted the agreement between Israel and the UAE for undermining Palestinian efforts to end Israel's occupation and establish an independent state. But some Arab citizens inside Israel itself hold a more nuanced view.

Ounallah said he wants the "injustices" suffered by Palestinians to be addressed and believes that business ties might help along the way. "I don't think anybody, on either side, has the magic answer," he said. "But building community around entrepreneurship - that makes me proud as a Palestinian."

In the months after the Israeli-UAE deal, many Arab Israelis joined thousands of their Jewish counterparts who flocked to the UAE's largest cities, Dubai and Abu Dhabi, seeking to cash in on the multibillion-dollar Emirati market. New government-approved trade deals and direct flights between Tel Aviv and the UAE eliminated significant logistical hassle for business leaders like Ounallah, who had used a second passport, circuitous flight paths, and third-party affiliates when trying to collaborate with Emirati partners on a previous joint venture.

He said he is looking to enhance the e-commerce site based at his Bustana organic farm, where he grows crops like almonds and green leafy vegetables, to increase communication between farmers and customers, eliminate food waste and minimize backbreaking manual work. Ounallah said he would eventually like to export his organic farming system to the UAE and other Middle Eastern countries that are now largely dependent on food imports.

Mahmoud Kayal, an Arab Israeli physician and tech investor, is working with Emirati financiers to launch the $30-million "Tawasul" fund, or "Connection" fund in Arabic. "This is a pure business opportunity," he said.

Along with a booming cadre of Jewish entrepreneurs, Kayal sees a chance to join Israeli tech know-how with Emirati investors. Looking beyond business, he hopes the venture will bring Palestinians closer to neighbors from whom they have been largely isolated for decades.

"It's also a social, patriotic opportunity to reconnect with the Arab world. 48-ers have this feeling that they are the forgotten son, but it's important to add to their mind-set that they belong to a very big nation that can support them," said Kayal, using a nickname for Arab Israelis.

Thani Al-Shirawi, an Emirati businessman who is considering investing in Israeli water technology companies, said that he is looking to soon add Arab Israeli businesses to his investment portfolio. He says that addition would be a selling point for socially conscious Emirati and Arab customers.

He brushed aside the concerns over the normalization deal coming from Palestinians, inside both Israel and the occupied territories, saying he was "very optimistic, because it cannot get worse for them. Anything will be better than what they have now."

For more than 70 years, resolving the Israeli-Palestinian conflict has been a precondition for normalization between most Arab countries and Israel. But in recent months, there have been a flurry of deals formalizing Israel's ties first with the UAE and then Bahrain, Sudan and Morocco.

While many Arab Israelis have been disappointed that the agreements bypassed Palestinian national aspirations, there is some optimism that the standing of Israel's Arab citizens could benefit. Arabs represent about 20 percent of Israel's population, and over the past decade, efforts to promote the civil rights of this minority have emerged as its top priority.

When an Emirati investor last month bought half of Beitar Jerusalem, the country's infamously anti-Arab soccer club, its Jewish owner said the move paved the way to "new days of coexistence, achievement and brotherhood."

Emirati investments are now coveted in a growing number of Arab Israeli tech hubs in cities like Nazareth, Haifa and Kfar Kassem. The founders and employees of about 300 Arab Israeli start-ups include Israeli citizens who have studied at Haifa's vaunted Technion Institute - Israel's version of MIT where Arabs make up more than 20 percent of the students - and who have worked at the Israeli offices of companies like Google, Apple and Intel.

This start-up scene contrasts with those in other Arab cities like Cairo, and Amman, Jordan, or among the few dozen start-ups in Ramallah in the West Bank, which tend to be ventures that primarily provide Arab translation for companies like Uber, Amazon and Booking.com.

Ehab Jabareen, an Arab Israeli businessman who moonlighted as a brand consultant for Israelis quietly seeking to break into the Dubai market before the normalization agreement, said that Palestinians inside Israel are warming up to the UAE in ways reminiscent of 1979, following the peace agreement between Israel and Egypt.

Immediately after that deal was signed, Arab Israelis vowed to boycott Egypt out of solidarity with the Palestinian cause but within a few months began to open textile, cotton and olive oil factories that benefited from Egypt's cheap labor supply.

"Palestinians in Israel see themselves as part of the Arab identity, and we are thirsty for these kinds of relationships," said Jabareen. "There may have been shock in the beginning, but we've moved on."