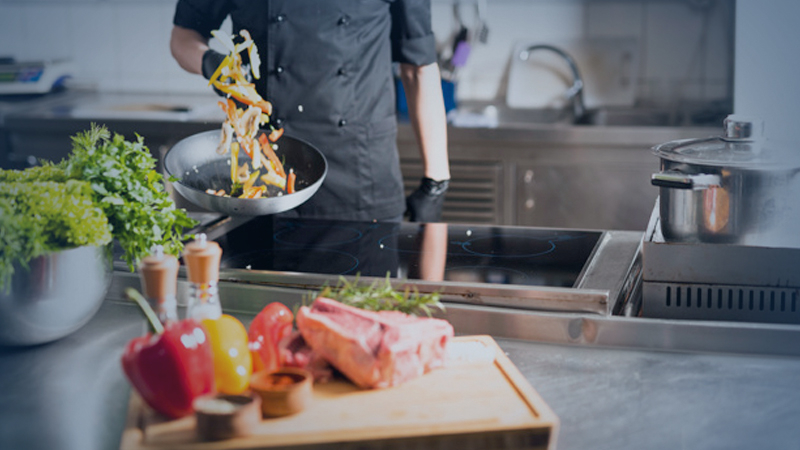 When Detroit restaurant chef Nik Cole gets sick, she pops a few vitamin C tablets, heads into work and then tops it off with Alka-Seltzer Plus so she can power through her day.

She is one of nearly 7 million food service workers in the United States who is forced to go without pay if she is too sick to work. Although 75% of Americans receive some paid sick days, government and industry data show that only 25% of food service workers have such benefits.

"I would have to have a fever and be really weak in order to call off for work," said Cole, 40, who has worked in food service for 15 years and has never had paid sick leave. "If you aren't here, you don't get paid. And there is no way for you to really make up the hours."

The U.S. Centers for Disease Control and Prevention says one in five workers have reported working at least once in the previous year while sick with vomiting or diarrhea.

As the threat of the coronavirus grows in the United States, public health experts are concerned about it being spread by sickened food service workers who prepare, serve and deliver a significant share of the meals consumers eat each day.

Americans depend heavily on food service workers. Half of all the money spent on food in the United States is for meals prepared in restaurants, cafeterias, food trucks and delis, according to Technomic, a restaurant industry research group. That amounts to about one-quarter of all meals Americans consume.

The food service industry is already wrestling with the long-standing threat of another disease called norovirus, which causes nearly 60% of all foodborne illness outbreaks. Of the reported outbreaks, 70% are caused by infected food workers, the CDC says.

The methods used to reduce the spread of norovirus during food preparation are the same as they are for coronavirus: sanitizing surfaces, proper and frequent hand washing, coughing into an elbow instead of a hand.

But those procedures are either not being properly followed or they don't always work. The norovirus annually causes millions of people to develop gastrointestinal problems, with thousands hospitalized and hundreds dying.

Benjamin Chapman, a food safety expert at North Carolina State University who studies norovirus and other foodborne diseases, said the good news for consumers is that coronavirus is much easier to kill with standard sanitation products and procedures.

"Norovirus is very resistant to disinfection," Chapman said. "It can persist for months in labs." Coronavirus, on the other hand, dies within two to nine days, preliminary research shows.

Cole, the head chef at a vegan restaurant called the Kitchen, is trying to set an example of proper sanitation for other employees. She said she routinely sprays surfaces with Lysol, frequently washes her hands and uses hand sanitizer.

Cole said customers can also infect food workers, so a hand-washing station and a bottle of hand sanitizer is located at the front of the restaurant. "We can't afford to get sick as employees — please wash your hands, too!" she said in a phone interview from the restaurant.

The National Restaurant Association has renewed efforts to reeducate workers about safe food-handling procedures in response to the coronavirus outbreak. Industry research groups say that the virus has not affected business, except in some regions that specialize in Asian cuisine.

"Even if we were to have some social disruption of some kind, people will continue to eat," said David Portalatin, a food industry adviser with the NPD Group, a market research group. "We may see what happened in China, where food delivery increased by 20%."

Consumer trends show that Americans have grown increasingly comfortable with having meals regularly delivered to their homes.

The restaurant industry plays a large role in the U.S. economy. It employs about 10% of the private sector workforce in about 615,000 restaurants around the country.

The National Restaurant Association said the potent threat of the coronavirus - and the tight intersection between American consumers and the food service industry - may fuel a movement to provide more workers with paid sick days.

"Coronavirus has a unique quarantine and recovery period that transcends the traditional policy debates surrounding paid sick leave," said Vanessa Sink, spokeswoman for the association. "Tackling this challenge will require that employees, businesses and government officials come together and follow proven procedures to protect the health of employees, customers and communities."

"All these arguments that employees take advantage of it and become lazy — we see no evidence of that," said Nicolas Ziebarth, an economist and associate professor of human ecology at Cornell, who co-wrote the report. "They took an average of two days of paid sick leave after they had earned it. That is not a crazy amount of sick leave in a year. They are not shirking."

Sen. Patty Murray, D-Wash., introduced legislation last year that would require all businesses with 15 or more employees to give their workers an opportunity to earn up to seven days a year of paid sick leave. The sick days could be used to recover from an illness, get preventive care, tend to a sick family member or attend meetings related to the health or disability of a child.

Her legislation did not get any traction — but that was before the coronavirus struck. Like the National Restaurant Association, Murray thinks the growing threat of deadly disease may change things.

"This virus is so highly contagious, it is everyone's problem . . . not just service workers," she said in an interview. "Everybody gets hurt."