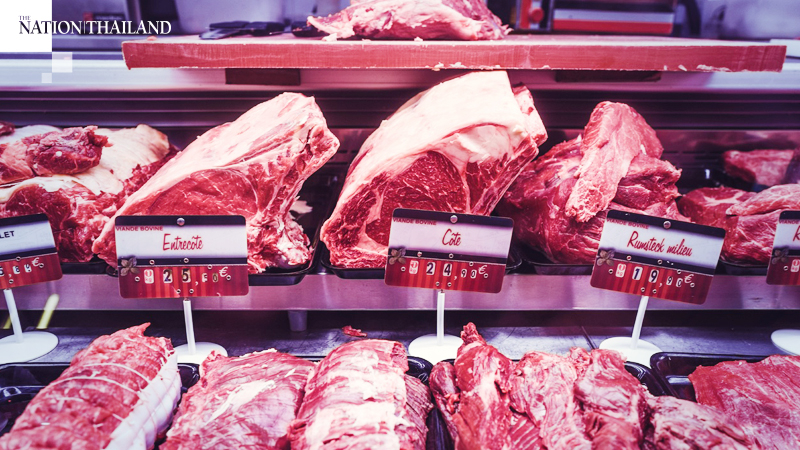 The U.S. is edging closer to possible meat shortages with another major plant shut down.

About a quarter of American pork production and 10% of beef output has now been shuttered, according to the United Food & Commercial Workers, which estimates that 13 U.S. plants are down.

On Thursday, Tyson Foods said it was shutting its beef facility in Pasco, Washington, fresh on the heels of the company idling two key pork plants. Case counts are continuing to mount, including in Canada, where industry groups are saying they'll probably hold back some supplies usually exported to the U.S. And the head of JBS, the world's top meat producer, is warning of shortfalls.

Meanwhile, 100 U.S. Department of Agriculture inspectors have tested positive for the novel coronavirus. The workers, part of the Food Safety and Inspection Service that employs about 6,500 inspectors, have been traveling between plants with known infections to other facilities. And at least one inspector has died after apparently contracting the disease the virus causes, Covid-19, according to information the federal agency provided Thursday during a phone call with consumer groups.

The infections among inspectors are adding to fears that shutdowns will keep occurring, especially if the sick USDA employees bring the infection to plants where there's not yet an outbreak.

"A traveling inspector bringing in the disease is our biggest worry," said Mike Callicrate, a rancher, processor and advocate in Kansas.

Meat prices are surging on the disruptions. U.S. wholesale beef hit the highest on record. Pork bellies, the cut turned into bacon, soared 137% in the five days through Wednesday.

Things are so dire that Iowa, the biggest hog state, activated the National Guard to help protect supplies.

"What people don't realize is in the coming months, that's going to be one the biggest issues out there is getting the meats and provisions, for not only restaurants, I hate to say it, but grocery stores as well," said Peter Cancro, chief executive officer of Jersey Mike's Franchise Systems.

Jersey Mike's, which has 1,750 stores across the U.S., is working with its ham supplier Clemens Food Group to ensure its supply of pork, something it sells quite a bit of in its sandwiches, he said.

"We're backing it up already because of the coming - we feel - the coming shortages," he said.

With slaughterhouses closing, farmers don't have a place to sell their animals. That's forcing livestock producers to dispose of them.

Shuttered or reduced processing capacity has prompted some hog farmers in eastern Canada to euthanize animals that were ready for slaughter, said Rick Bergmann, chair of the Canadian Pork Council. In Minnesota, farmers may have to kill 200,000 pigs in the next few weeks, according to an industry association.

It's the latest blow to supply chains, with food being wasted en masse at the same time that grocery store shelves are running empty. Dairy farmers are spilling milk that can't be sold to processors and some fruit and vegetables are rotting in fields due to labor shortages or distribution disruptions.

Meanwhile, the inventory numbers that had long been pointed to as a cushion of supplies for consumers are starting to come into question now that meat-plant shutdowns are taking place indefinitely.

The U.S. government on Wednesday pushed out its monthly figures on frozen food inventories.

In March, when U.S. shoppers were clearing grocery shelves amid lockdowns, frozen pork in warehouses slumped 4.2% from February, the biggest drop for any March since 2014. That happened before the meat plants started closing.

"We may see a meat-supply issue ahead, depending on the number and the size of plants shut at the same time," Gilberto Tomazoni, chief executive officer of JBS, said in a webinar sponsored by XP Investimentos. While at this point it's hard to predict what will happen, continuous plant shutdown may spur a meat shortfall, he said.

"The virus won't go away tomorrow," he said.