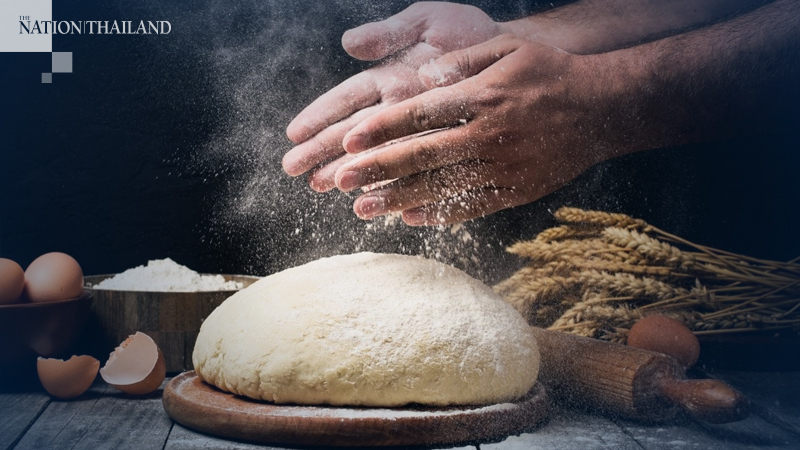 Have your parents suddenly become obsessed with sourdough? Does your house often smell like freshly baked bread? Fear not, kids of America - you are not alone.

Despite the many things that have changed for the worse during the past few months of the coronavirus pandemic, one cool outcome is that more people are trying to bake their own bread. Of course, this is far from a new idea.

"Humans have been baking bread for thousands of years, and we know about the earliest bakers from hieroglyphs in Egypt," said Lauren Nichols, an ecologist at North Carolina State University. "But people were baking bread even before that."

What many people don't realize is that humans owe their delicious, chewy loaves to innumerable itty-bitty microbes. In fact, sourdough bread is a product of a sort of partnership between bacteria and tiny life-forms known as yeast, which are kinds of fungi.

If you were to mix a little bit of flour and water together and let the mixture sit on a counter, bacteria would begin to grow, which creates an acidic environment. But certain kinds of yeast - found naturally in flour, on your hands and in the air - have evolved to withstand that acid, and soon they begin to colonize the goo. In a few hours, you can see evidence of this when the whole concoction slowly starts to bubble.

"I like to think of yeast as like little machines, because they eat starches and sugars," says Nichols. "Then they sort of fart out these little gas bubbles of carbon dioxide."

Those yeast toots are what make bread dough rise and turn into soft, springy goodness once baked. Bakers call this leavening.

Nichols and other scientists are encouraging people around the world to perform the experiment so they can learn about how location, temperature, ingredients and other factors influence bread-making. They call it the Wild Sourdough Project.

"We want to find out whether sourdough that's made in New York with wheat flour is going to be different from a starter in France made with all-purpose flour," says Nichols.

Best of all, Nichols says you can join the project with the help of an adult. You just need to be ready to look after your little jar of flour and microbes. And you'll have to sniff it occasionally, which is how, she says, you can keep track of what's happening inside. (Parents can find more information about the project at robdunnlab.com/projects/wildsourdough.)

"What's cool to me is it's kind of like having a pet," says Nichols. You have to feed it and look after it. But unlike a dog or cat, a properly cared-for sourdough starter could outlive a human. In fact, some families have starters that they've passed down through generations.

"You can watch it and learn from it. And it'll have different characteristics than one your friend makes," says Nichols.

In this way, she says, sourdough starters could become a fad such as the Chia Pet or Tamagotchi virtual reality pet. But better, of course, because no matter how cute a Furby is, it'll never be able to help you make a grilled cheese sandwich.