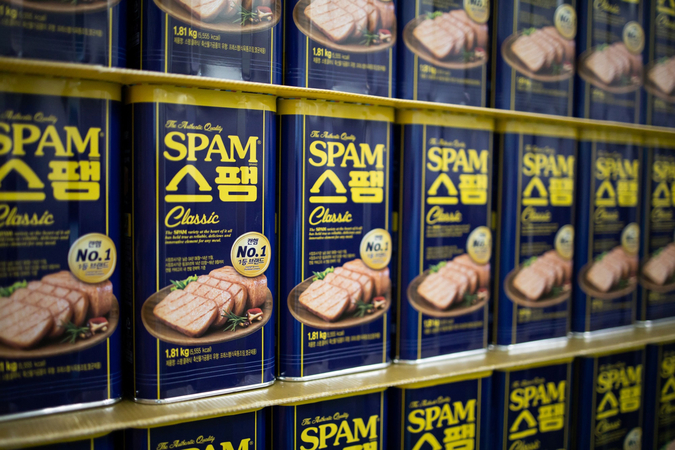 Cans of CJ CheilJedang Spam ham sit on the production line at the company's factory in Jincheon, South Korea. MUST CREDIT: Bloomberg photo by SeongJoon Cho.

Canned meat is having a moment.

Demand is booming across the globe. In the U.S., sales surged more than 70% in the 15 weeks ended June 13. In the U.K., consumption of canned corned beef has taken off. Even in South Korea, where Spam is an old favorite, sales are expanding at the fastest pace in years.

At first, people were loading up on pantry staples with a long shelf life during lockdown conditions. Then, shortages of some fresh meat supplies, especially in the U.S., also helped to drive sales. Now, the economic downturn is underpinning demand. 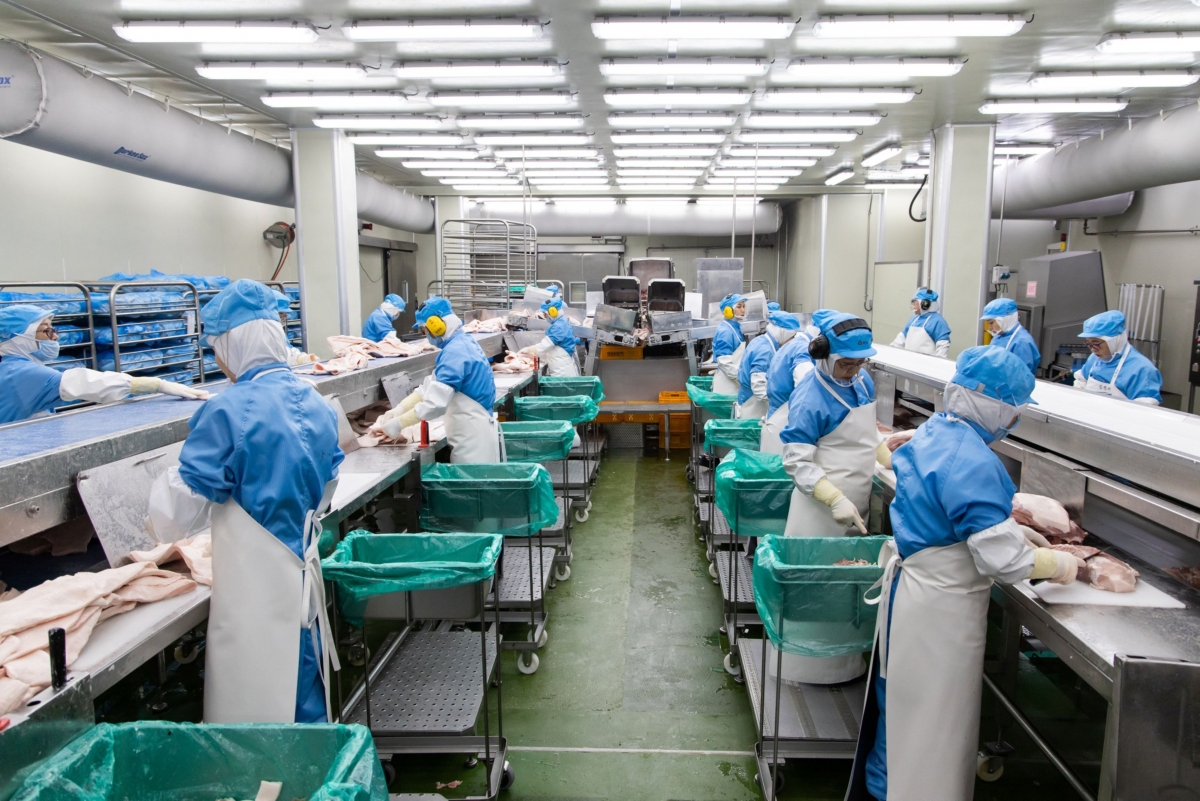 There's the obvious factor of income here. With millions thrown out of work in the last few months, consumers are looking for a way to cut back on grocery bills, and they're trading in fresh meat for canned varieties. But there's also something deeper going on -- a return to comfort food and nostalgia in troubled times.

Ray Herras, a graduate student at Columbia University, is a Filipino American. Spam gained popularity in the cuisines of Southeast Asia after occupying U.S. forces brought the canned ham with them. For Herras, Spam is a taste of childhood.

"I grew up eating Spam. It is deeply ingrained in Filipino culture, but I wasn't really eating Spam until quarantine," said Herras, who started adding it to his grocery purchases at least every other week. He's not sure how much longer he'll keep the buying up, but it's always a staple whenever he's "feeling homesick," he said.

Canned meat has been available for more than 80 years. It's sometimes frowned upon by filet-mignon loving elites, but it's also got a cult following. Spam musubi -- think of it like a porky twist on sushi -- is a popular snack in Hawaii. In Korea, it's eaten with kimchi and steamed rice. In the U.S., a slice of fried Spam with eggs can be a breakfast treat. And in the U.K., tinned corned beef is served up as hash with potatoes and fried onions.

But while the die-hard fans are always there, the recent boom in sales is something even the canned meat makers didn't see coming.

"Even I thought it could be difficult to increase our sales of canned meat to more than what we expected," said Kasper Lenbroch, chief executive officer of the unit that houses the Tulip brand at Danish Crown Group, Europe's top meat processor. "It's not very often when you're in food that you can see traditional products like these grow as much as they have done right now."

Sales of Tulip Pork Luncheon Meat, sold in 120 markets around the world, are expected to go up 25% this year, Lenbroch said. Sales are "growing all over," including in the U.K., Germany, Greece, Japan and Singapore, among many others.

Marfrig Global Foods SA, the Brazilian beef giant, is seeing a similar jump at its Uruguay business, which supplies corned beef to the U.S. Sales of the product are expected to reach as high as 3,500 metric tons this year, said Marcelo Secco, CEO of the unit. That would be up almost double compared with 2019, when about 1,800 tons were sold, he said.

Secco points to the recent jump in U.S. meat prices as turning consumers on to canned alternatives. Some of America's biggest livestock slaughter plants were forced to close earlier this year after coronavirus outbreaks saw thousands of workers falling ill. That caused wholesale beef prices to double in about a month. While the market has come back down, corned beef was there to help fill supply gaps -- and now that consumers have returned to the old staple, they may be more inclined to stick with it.

"There isn't a supermarket in the U.S. that doesn't have corned beef," Secco said. "It's a product that everyone knows."

While U.S. sales of canned meat have slowed since an initial surge when lockdowns started in mid-March, they are still well above 2019 levels. In the week ended June 13, sales were up 17%, according to Nielsen data.

Hormel Food Corp.'s Spam was already seeing sales growth in the past several years, but nothing like the increase taking place now.

"The last time Spam saw a similar pattern in interest was back to when the brand started during the Great Depression. The economic situation wasn't great -- that was carried into World War II," said Brian Lillis, Hormel's senior brand manager for Spam. "What we saw over the last few months is really people all over the country purchasing the product."

Spam has a storied history in South Korea, the No. 2 consumer after the U.S. It's a popular holiday gift sold in lavish packages, which make up about 60% of annual sales, according to CJ CheilJedang Corp., the Korean producer of the tinned ham.

When coronavirus cases started spreading in the country in February and March, consumers stayed home and cooked more -- but many people still had leftover Spam from holiday packages. It wasn't until April that sales really started taking off.

In the two months of April and May, CJ saw Spam sales soar more than 50% from a year earlier.

"The outbreak of coronavirus has revived the domestic canned food industry, which was on the verge of entering a period of stagnation," said Lee Seung Hoon, a spokesman at CJ. "Now we are expecting growth in the market."