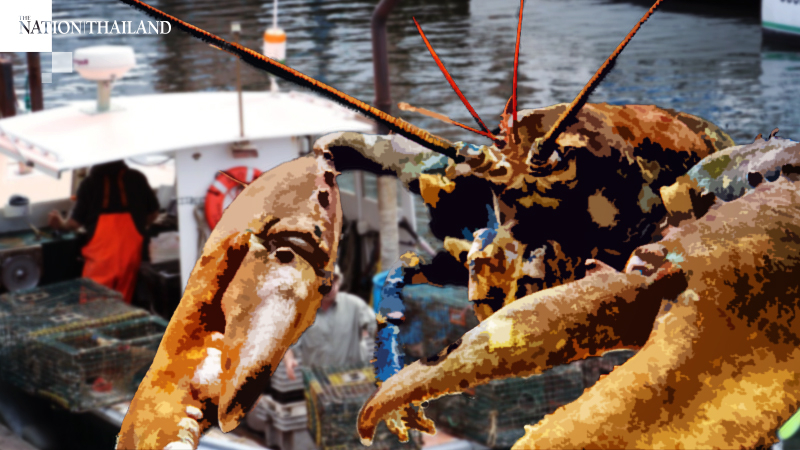 WASHINGTON - The White House ordered the Department of Agriculture on Wednesday to extend farm bailout aid to the U.S. lobster industry, which has suffered under strained trade relations with China and tit-for-tat tariffs that significantly reduced exports to one of its biggest foreign markets.

The order, signed by President Donald Trump on Wednesday, comes weeks after a group of lobster fishermen in Maine asked the president for help and as the administration's trade agenda is increasingly under strain amid heightened tensions with China.

It was a relatively minor action, though, given the mounting levels of concern about the broader economy and the rapid increase in coronavirus cases around the country.

The Trump administration created a $30 billion bailout program to compensate farmers hurt by its trade war with China. The program has proven popular with some farmers, but the extended bailouts have faced criticism for disproportionately helping states in the Midwest that the president depends on politically. Maine could be a swing-state in the 2020 election five months away, and Republican politicians in the state have urged the president to provide financial relief to the lobster industry.

White House officials defended the action as offering critical relief to lobster fishermen in need of help, while critics said the move underscores the arbitrary nature of the administration's attempts to ease the pain caused by their trade war.

"On his visit to Maine several weeks ago, lobster fisherman asked for the president's help defending against the retaliatory tariffs of the Chinese government, and the president delivered today with a presidential memo that provides assistance to those who have been harmed," said Peter Navarro, a senior White House economic official and trade adviser to the president. "This is yet another example of Trump promises made and kept."

Tony Corbo, senior lobbyist at the watchdog Food & Water Watch, said: "It just seems to be a political game the Trump administration is playing with taxpayer funds to shore up their base of support ... This whole thing is a shell game, as far as I am concerned."

Lobster exports boomed in the past decade as China's growing middle class developed a taste for the Atlantic product. After Trump imposed tariffs on a wide range of Chinese products in 2018, Beijing responded with a 25 percent levy on $34 billion worth of U.S. goods, including American lobster.

Much of Maine's lobster business has since been redirected to Canada, where lobster sales to China have soared. Economists and industry officials worry that the longer these supply chains are reoriented at the hands of the trade war, Maine and its long-standing lobster industry risks permanently losing out.

Last year, when the Agriculture Department revealed the details of the $16 billion aid package, the list covered dozens of commodities, including barley, corn, wheat and hogs. But the lobster industry did not make the cut.

The White House had resisted calls from Maine's representatives to protect the industry. Sens. Susan Collins, a Republican, and Angus King, an Independent, and Reps. Chellie Pingree, a Democrat, and Jared Golden, a Democrat, had all urged the Trump administration to consider financial relief for the industry as of last fall.

At a meeting in Maine in early June, the president listened to complaints from lobster fishermen and Maine's former Republican governor, Paul LePage. Told about the tariff problems facing lobster fishermen, Trump responded: "I got it. That's an easy one to handle. That's, like, easy."

The new White House order directs the Department of Agriculture to extend assistance to the industry's fishermen and producers caught in the trade crossfire. The order also instructed the department to update the White House monthly on China's progress in meeting its purchase requirements, with respect to U.S. seafood, under its "phase one" pact. It also authorizes U.S. Trade Representative Robert Lighthizer to enact "reciprocal retaliatory tariffs" on seafood exports from China, should China not meet its seafood purchase agreement under the "Phase One" trade deal signed by the two superpowers earlier this year.

In mid-January, Trump and Chinese Vice Premier Liu He signed the "phase one" trade pact, with the expectation that further negotiations were to come. That was before the coronavirus pandemic took root in China and the United States, further straining political ties between the two superpowers and plunging the U.S. economy in the worst recession in decades.