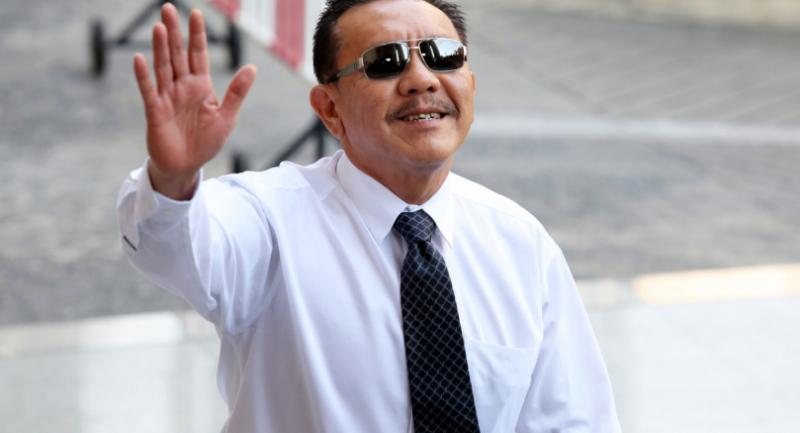 Chuwit among inmates to be released from prison under royal pardon

OUTSPOKEN former MP Chuwit Kamolvisit will probably be among the first batch of 30,000 inmates released under an amnesty granted to mark His Majesty King Maha Vajiralongkorn’s accession to the throne, according to Corrections Department director-general Kobkiat Kasiwiwat.

Chuwit, who began serving a jail term early this year, qualified for early release under the royal pardon, Kobkiat said.
Those qualified mostly included inmates with fewer than two years to serve on their sentence. They were expected to be released within the next three days.
While 55-year-old Chuvit qualified for release, another high-profile inmate, Chalermchai “Major Teung” Matchaklam, a former Army officer jailed for the murder of then-Yasothon governor Preena Lipattanaphan in 2001, did not qualify because he has been cited for “poor behaviour”.
Chalermchai was rearrested and jailed in August after breaking the terms of his parole.
Kobkiat said that each prison had set up a committee – including a provincial governor, a judge and a public prosecutor – to consider releasing well-behaved inmates under the royal pardon. Convicted rape-murder offenders, drug traffickers and people jailed for public fraud were ineligible.
After inmates are released, relevant agencies would check on them to prevent re-offending, he added.
Kobkiat added that people in jail for violating Article 112 of the Criminal Code relating to lese majeste, who were categorised as “general offence” inmates, had their jail terms reduced.
Chuwit, a massage parlour tycoon-turned-politician, and 65 other people were sentenced to two years in jail by the Supreme Court in late January for the 2003 demolition of bars and shops at Bangkok’s Sukhumvit Square night entertainment areas. The controversial 10-rai (1.6-hectare) plot was turned into a public park funded by Chuwit in 2005.
According to the Royal Gazette, early releases were granted to convicts who were doing public service, who were being released on probation, who had less than a year of their terms to serve, or who had served not less than one-third of their jail terms.
Blind or seriously sick inmates were also considered for release, as were women serving their first jail terms who had already served more than half the sentence.
The royal pardon was also granted to prisoners aged more than 60 who had served not less than five years or at least one-third of their jail terms, as well to inmates under 20 years old who had done more than half their sentences or had less than two years left to serve.
Death sentences will also be commuted to life imprisonment, the Royal Gazette said.