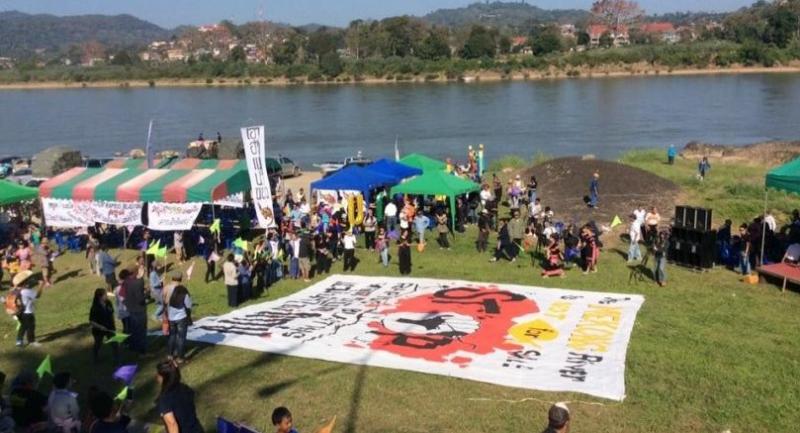 CHIANG RAI’S governor has denied that the authorities attempted to block a protest against a Chinese team that is surveying the Mekong River as part of the Navigation Route Improvement project, although local residents say the order has been issued.

A local environmental group confirmed that members had heard of a verbal order to that effect, adding that people had the right to stage peaceful protests against the project. The group maintained that the project would have a tremendous effect on people’s livelihoods and the river ecosystem.
Jirasak Inthayot, coordinator of local environmental group Rak Chiang Khong (Love Chiang Khong), said yesterday there was an urgent order from the Chiang Rai governor to provincial district chiefs telling local administrators to deter people from participating in protests against the Chinese operation to |survey the Mekong River channel.
“I have heard from local community leaders that there was a verbal order from the governor to stop people from protesting against the survey operation on the Mekong River, and I see this as a serious and unjust order. People have the right to peacefully protest and protect local resources,” Jirasak said.
Huai Luek village head Thongsuk Inthawong also said he had heard of the order, adding that people had the right to demonstrate against the project that will affect them.
“The people in my village disagree with the plan to blast the rapids in the Mekong River, because their livelihoods, which are heavily dependent on the river, will change. They insist that they can demonstrate their disagreement to those who are responsible for this project,” Thongsuk said.
However, Chiang Rai provincial governor Narongsak Osottanakorn said there no such order existed and insisted that the province did not have a policy to prohibit peaceful protests.
“I confirm that there is not an order from the province like that, and it is fine for the people to peacefully demonstrate unless there is a violation of laws,” Narongsak said.
He said that the project was overseen by the Marine Department, which is under the control of the Transport Ministry, and the provincial government was just the local authority that did not have power over the operation.
“We assure that people’s rights to demonstrate is respected, but we also have to keep our promise to the Chinese firm, as our government gave them permission to survey the Mekong River already, so we have to let them do their work,” he said.
The survey operation on the Mekong River is being carried out by China’s CCCC Second Habor Consultant Co Ltd to study the river channel for the Navigation Route Improvement project, which will deepen the channel in some sections to allow cargo ships to travel the river’s length.
The Chinese team arrived in Thailand last week and plans to survey 15 locations along a 96-kilometre stretch of the Mekong River between Thailand and Laos, from the Golden Triangle to the Kaeng Pha Dai rapids for the duration of 55 days.