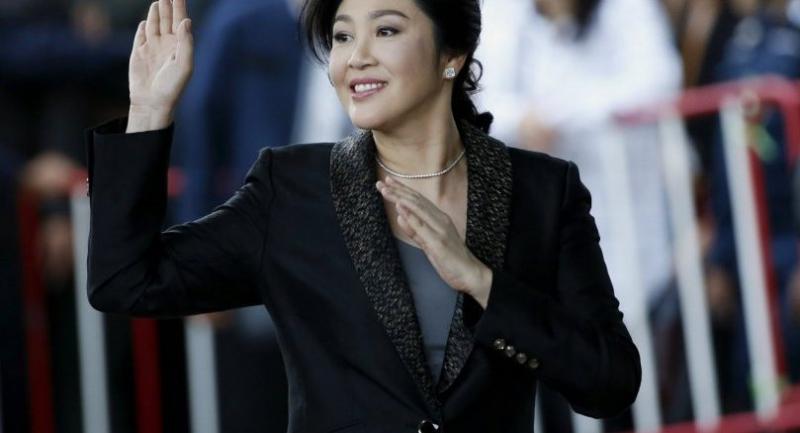 FORMER PRIME MINISTER Yingluck Shinawatra is in Dubai and may try to seek asylum in the United Kingdom after fleeing the country to avoid a court ruling, a junta source said yesterday.

The source, who is well placed in the security hierarchy, gave a detailed description of her escape, saying she took a private jet from Thailand to Singapore and on to Dubai, AFP reported.
Dubai is the base of Shinawatra family patriarch Thaksin Shinawatra, who is Yingluck’s elder brother.
“Thaksin has long prepared an escape plan for his sister. He would not allow his sister to spend even a single day in prison,” said the source, who requested anonymity.
“But Dubai is not Yingluck’s final destination,” the source said, adding she may be aiming “to claim asylum in Britain”.
Thaksin, who once owned Manchester City football club, owns property in London and spends significant amounts of time in the city.
The Shinawatras’ political network remained tight-lipped yesterday in a media blackout that only served to heighten speculation over her dash from Thailand and the likelihood of a possible deal with the junta to allow her to leave.
A senior source inside the family’s Pheu Thai Party, also requesting anonymity, told AFP that Yingluck had fled the country for Dubai a few days before the ruling. Another party source told CNN that she left for Dubai on Wednesday.
Analysts say Yingluck, who was closely monitored by Thai security services, most likely cut a deal to exit the country.
The decision to flee helps her avoid being jailed under a Thai junta that pressed for her trial and diminishes the possibility of pro-Shinawatra protests.
Had she been jailed, Yingluck’s plight could have stirred anger and unrest among her large support base.
The military is desperate to avoid instability as it digs in for a long stay in Thai politics.
Political scientist Thawee Surarittikul said there was suspicion that the security authorities and people in power were instrumental in helping Yingluck leave the country, despite a court ban on her travelling overseas.
However, he viewed her escape as a “win-win option” for both the junta and Yingluck.
Chaiyan Chaiyaporn, a political science lecturer at Chulalongkorn University, said if the former PM really had been helped to flee by people in power, “that would be damaging to the justice system and confidence in the country’s security”.
Meanwhile, Colonel Winthai Suvaree, spokesperson for the National Council for Peace and Order (NCPO), said yesterday there had been no security meeting to address Yingluck’s escape.
Prime Minister and NCPO chief Prayut Chan-o-cha had issued no special orders relating to the issue, Winthai said.
Normal laws would be enforced to catch Yingluck following an arrest warrant issued by the Supreme Court, he said.
“You have to understand that the border is long and there is natural border route,” he said. “Authorities work at their full force to monitor illegal things being imported to the country or use the route to flee the country.”
In a related development, a key red-shirt leader said Yingluck’s disappearance would make it harder for the group to advocate for the rule of law.
“If everyone runs away and goes abroad, it means the fight for the rule of law would be a long one,” Thida Thavornseth, a key United Front for Democracy Against Dictatorship (UDD) leader, told The Straits Times.
“We understand. Maybe it is good for her. We cannot ask her to donate all her life to the fight [for democracy],” she said.
Privately, some Pheu Thai supporters mused at how awkward it was that Yingluck skipped court at the last moment after braving two years of legal processes that supporters claim were stacked against her. But they felt public sympathy would eventually outweigh that surprise.
However, Ubon Ratchathani political scientist Titipol Phakdeewanich said Yingluck’s no-show would not greatly affect |Pheu Thai. “The arrest warrant reinforces the idea that Yingluck and Pheu Thai were victims of the system,” he said.