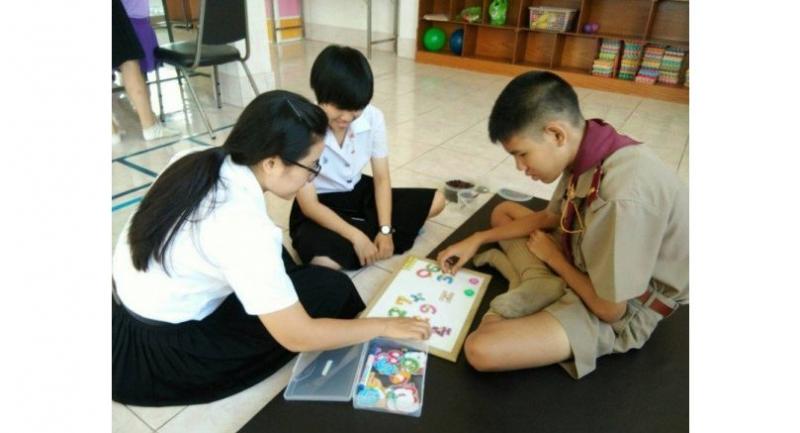 More than 70 per cent of children with special needs in seven Northeastern provinces have not received treatment partly because their parents feel ashamed of bringing them out of their homes.

These provinces are Udon Thani, Loei, Nong Bua Lamphu, Sakon Nakhon, Nong Khai, Beung Kan and Nakhon Phanom.
“Many parents think that, because of their bad deeds from the past, they are punished by having children with disabilities,” Mental Health Department’s director-general Sqn Ldr Dr Boonruang Triruangworawat said during a recent work trip to the Northeast.
He said some other parents did not seek treatment for their children because they lacked adequate knowledge.
“A survey has found that just seven per cent of children with attention-deficit/hyperactivity disorder (ADHD) have received medical services,” Boonruang said,
He added that only 29 per cent of autistic children in the seven provinces had received treatment.
The Mental Health Centre 8, which oversees these provinces, has tried to help children with autism, ADHD, learning disabilities and other conditions by setting up clubs for them and their parents.
After the clubs were established, the centre found that more children with special needs have received regular treatment and rehabilitation. As a result, they have become less aggressive and they can speak more coherently.
Up to 20 per cent of the rehabilitated children can enrol in a school dedicated to those with special needs, while up to 10 per cent of them can enrol in regular schools.
“We have also noticed that parents now have greater courage and hope in raising their children and beating the odds,” Boonruang said.
He said the parents’ stress levels had also significantly reduced.
Members of some clubs had come together for activities that could help supplement their incomes such as making funeral flowers for sale, with some families earning between Bt3,000 and Bt5,000 extra per month.