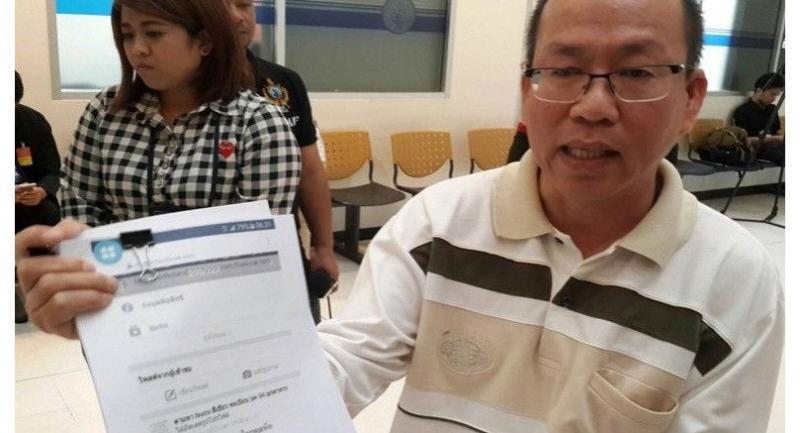 Deputy permanent secretary to be questioned over helping ex-teacher.

THE JUSTICE Ministry has launched an investigation into allegations that a senior official had approved “questionable” efforts to clear the name of a woman who was convicted of a high-profile hit-and-run fatality in 2005.
The ministry’s deputy permanent secretary, Pol Colonel Dusadee Arawuit, could be the key target in the investigation due to his decision to help former teacher Jomsap Saenmuangkhot seek a retrial over the fatal road accident, for which she was convicted and jailed.
“We have already set up a fact-finding committee and its investigation will be concluded within 30 days,” ministry permanent secretary Wisit Wisitsora-at said yesterday.
After the Supreme Court threw out Jomsap’s request for a new trial last Friday, Dusadee admitted that he knew that Sap Wapi – who had claimed that he was responsible for the accident – had failed a lie-detector test.

Wisit said he ordered the investigation before Atchariya Ruangrat-tanapong, chairman of the Help Crime Victims Club, called on him to take action yesterday.
Wallop Nakbua, head of the Office of Justice Affairs, will chair the fact-finding committee. His post is equivalent to that of a deputy permanent secretary.
Jomsap had worked as a teacher and lived with her family in Sakon Nakhon province until she was implicated in a fatal hit-and-run accident in 2005.
While Jomsap has maintained that she is innocent and being used as a scapegoat, Atchariya has publicly said that he does not believe her.
After the Supreme Court rejected Jomsap’s request for a retrial, Atchariya demanded that officials who sided with Jomsap take responsibility for the efforts made to help a wrongdoer.
“Why have officials spent the state budget on assisting a wrongdoer? The state budget has been
used to protect Sap as a witness too,” Atchariya said.
Dusadee was aware from the beginning of the case that Sap had admitted he had been paid Bt200,000 to claim responsibility, he said.
Atchariya added that Dusadee had also misled the public when he claimed scientific tests showed Jomsap’s vehicle had never been involved in an accident.
“In fact, the Land Transport Department has confirmed that Jomsap requested a replacement for her licence plate when she reported that it went missing,” Atchariya said.
He raised the possibility that the licence plate submitted for forensic tests might have been the new one, which was not in use at the time of the accident.
Atchariya said that although the paint on Jomsap’s vehicle was as thick as a new vehicle, experts could not confirm that this showed the vehicle had never been involved in an accident.
Meanwhile, Wisit said his ministry would improve rules on how defendants can seek help.
In a related development, police are pursuing perjury charges against seven suspects, including Sap, in connection with their roles in trying to get a retrial for Jomsap. Also accused of perjury is Tassanee Harnpayak, who said she witnessed the accident and that the driver was male.
“But I speak the truth,” she said. “I have never been paid. Nor do I know Jomsap personally.”