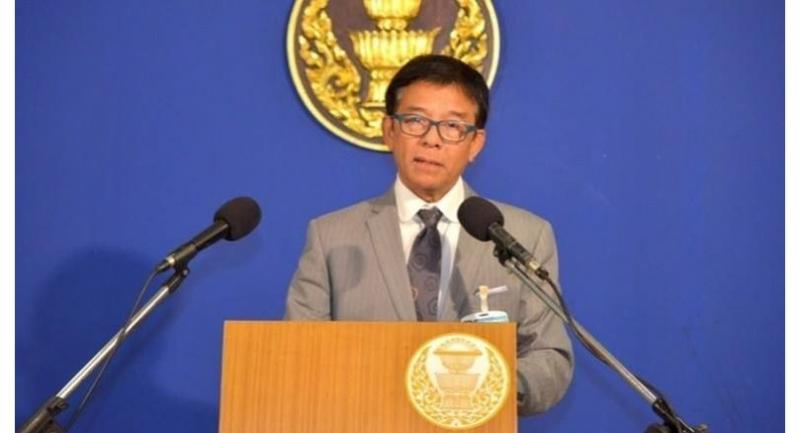 Final versions of both of the last two organic bills – on the Senate selection and the election of MPs – have been completed and are ready to be presented to the National Legislative Assembly (NLA) next Thursday.

The passage of the bills will draw the curtain on the drafting of the 10 organic bills that has been ongoing since the promulgation of the new Constitution last April.
The joint committees revising the bills yielded to the Constitution Drafting Commission (CDC)’s stance after long debates.
The committee revising the Senate selection bill agreed to maintain the original stipulations that there be 20 groups of senators obtained from cross-election, said the committee’s spokesman Admiral Tharathorn Khachitsuwan.
The suggestion of the reviewing committee that the groups be categorised into 10 and the winner be voted by the candidates within his or her own group would be in the provisional clauses, adopted only in the first five years after the end of the current ruling, he explained.
Also, the candidates in the first five years could be either independent or representatives of professional associations while in the permanent clauses all would be independent candidates, he said.
According to the Constitution, the 250-member Senate in the next five years after the election would finally be hand-picked by the National Council for Peace and Order (NCPO).
Concern was raised if the selection by the NCPO would affect the variety of the senators, Tharathorn said he believed the NCPO would consider the Constitution clauses in selecting them.
The joint committee revising the MP election bill since Tuesday had completed deliberating the controversial bill and concluded to maintain the CDC’s original stipulations as well in some of the most contentious clauses.
Committee spokesman Somchai Sawangkarn said on Tuesday that the bill should be able to sail through the NLA next week. It would take a vote of two-thirds of the NLA members to abort the bill again, he said.
He elaborated on the revision that the bill would ban entertainment in election campaign and change the voting time as argued by the CDC. The voting time prescribed in the bill would be from 8am to 5pm, he said. The NLA earlier agreed it be from 7am to 5pm, he said.
The joint committee also agreed not to have all parties be subject to the same campaign budget, Somchai said. The detail would be left for the Election Commission to find agreement with political parties, he explained.
The clauses that would ban eligible voters failing to exercise their rights from taking some position in the government sectors remain unchanged in principle, Somchai said.
They would deprived of the rights to become political office holders and lower executives of local administrations, he said. The wording had been changed slightly to ensure the bills were not unconstitutional, he added.