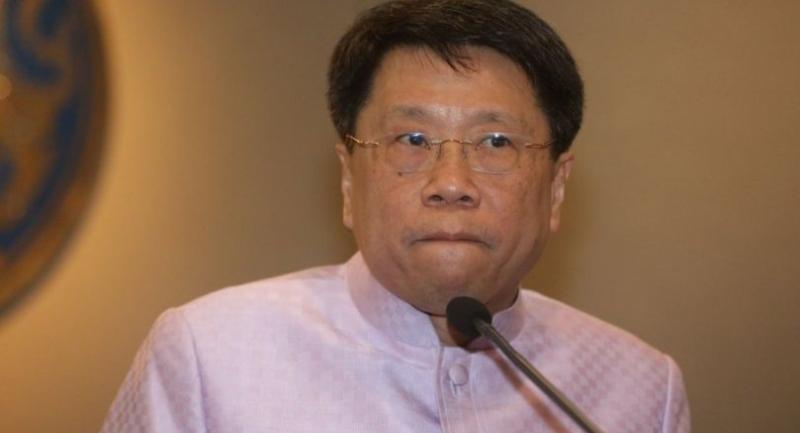 Bribe sought from schools for budget

THE PACC Region 3 director has been told to launch fact-finding probes into alleged corruption in Education Ministry budgets in 11 northeastern provinces.
Public Sector Anti-Corruption Commission (PACC) secretary-general Kornthip Daroj, who issued the order, said yesterday that the agency would also coordinate with the ministry to prevent needless budget requests while some cases covered by the ministry in its initial probe might be revisited by the PACC, he said.
The move follows Education Minister Teerakiat Jareonsettasin’s revelation on Wednesday of alleged corruption at various schools in Buri Ram, Surin, Si Sa Ket, Ubon Ratchathani, Amnat Charoen, Yasothon, Roi Et, Kalasin, Maha Sarakham, Nakhon Ratchasima and Chaiyaphum provinces. The ministry’s initial probe had uncovered many graft cases committed by the Office of Basic Education Commission’s (Obec) educational service area offices, Kornthip said.
He cited as example the case of the 28th Secondary Educational Service Area Office in Yasothon, which had proposed a Bt279-million project to buy industrial skill development materials for lower-secondary students at about Bt600,000 each for the 458 participating schools, Kornthip said. Subsequently, the number of schools was increased to 600. Many schools also complained about alleged fixing of specifications and that the purchased materials were not what the schools had asked for or needed.
In another case, an official at the 5th Primary Educational Service Area Office in Nakhon Ratchasima province was found to have been making needless budget requests for many schools, Kornthip said. Another 57 partly-blank budget requests had been filed to later fill in information for seeking reimbursement from the leftover budget at the end of the fiscal year. Although the Nakhon Ratchasima official was punished and placed on probation, the PACC would probe it again because such budget withdrawals required codes that only the head accountant and the office director would know, raising suspicions that this official might have had some accomplices, he said.
The director of an educational service area office in Buri Ram province was accused of demanding a 10-per cent commission for allocation of budgets to local schools. Most of them had to comply with the demand for commission or they would have had to forfeit their budgets, Kornthip added.
On Wednesday, Education Minister Teerakiat said he was shocked to know about wrongdoings in the 11 northeastern provinces from a report by his adviser, Lt-General Kosol Prathumchatabout. Kosol said the Buri Ram educational service area office director was accused of demanding commission fees for budget allocations in fiscal year 2019. The complaint was filed by 10 school directors who had testified about the demand for a bribe. Obec has been told to proceed with legal action against the accused director.

Disciplinary probes
Kosol said the budget request for Yasothon’s skill development material procurement project was now being considered by Obec, which has sent letters asking schools to confirm if they were interested in the materials requisitioned under the project.
Obec assistant secretary-general Amporn Pinasa on Wednesday said the agency had begun a fact-finding probe against three former directors of the Buri Ram educational service area offices.
They were accused of being involved in bogus teacher training to appropriate funds from the budget. He said the fact-finding panel had concluded that serious disciplinary probes should be launched against the three unnamed former directors, currently serving in other positions – two at Bangkok educational service area offices and one at a regional education office.