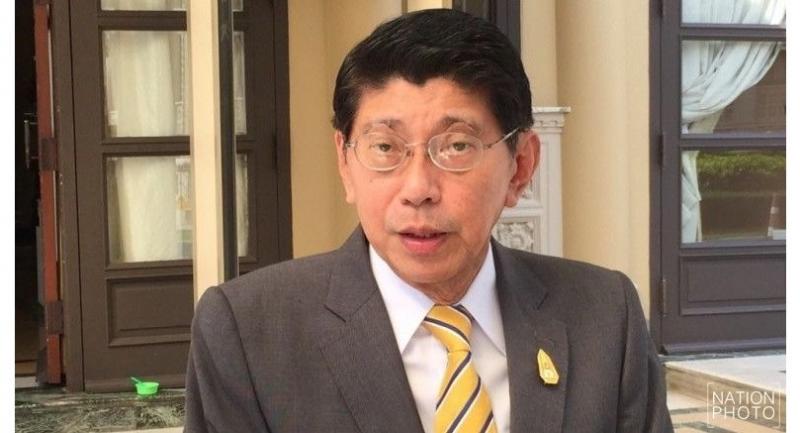 Election bill to be sent for royal endorsement this month

THE PRIME MINISTER will seek royal endorsement for the election bill this month after the Constitutional Court ruled that none of its clauses were unconstitutional, Deputy Prime Minister Wissanu Krea-ngam said yesterday.

Wissanu, who is in charge of the government’s legal affairs, said the bill on the Senate structure would be submitted to Prime Minister Prayut Chan-o-cha within a day or two, as the National Legislative Assembly (NLA) had already sent it to the government.
Regarding the bill on the election of MPs, Wissanu said the NLA needed an official verdict from the Constitutional Court.
“Once the verdict is forwarded to the government by the NLA, the prime minister will then seek royal endorsement,” he said.
“That certainly will be done this month,” Wissanu added.
The Constitutional Court on Wednesday ruled that the organic bill on the election of MPs was constitutional, a week after issuing the same verdict on the bill governing the Senate’s structure. Both bills, alongside two other key organic laws governing the Election Commission and political parties, are indispensable for holding an election, according to the charter.
The Constitution stipulates that the Election Commission must organise a general election within 150 days of the four organic laws coming into effect.
Meanwhile, Meechai Ruchupan, who heads the Constitution Drafting Commission (CDC) that wrote the original bill on the election of MPs, yesterday noted that the Constitutional Court verdict on the bill contradicted a previous ruling by the court in 2006.
In that year, the court had ruled that it was unconstitutional to arrange the voting booths in a way that allowed passers-by to see how the ballots were marked. Meechai said he wondered why this time it was not considered unconstitutional for a clause in the bill to allow disabled or elderly voters to be aided in casting their ballots.
“In doing so, another person certainly knows how a person voted,” he said, implying that voting was not done in secret as required by the Constitution.
However, Meechai added that he accepted the court verdict regarding the election bill.
The CDC’s original draft was revised by the NLA to allow disabled or elderly voters to be offered assistance to cast their ballots.