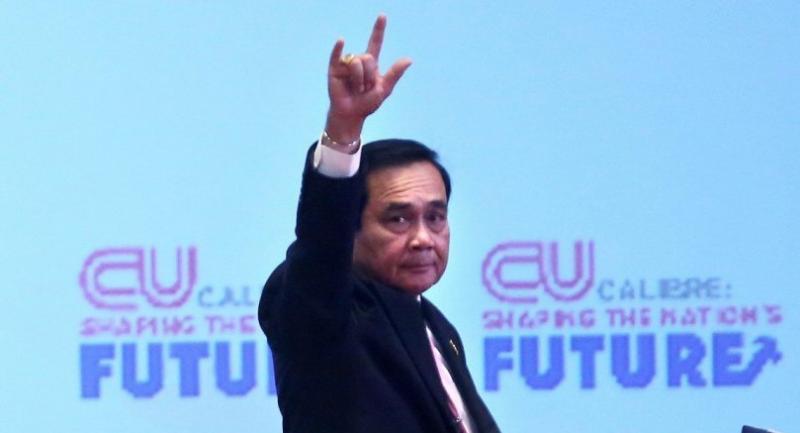 Junta relaxes ban on political activities, with some restrictions

FOR THE first time since the 2014 coup, political parties are now allowed to convene and make preparations for the upcoming election.

The order relaxing the junta ruling, under the sweeping power of Article 44, was issued on Friday after the promulgation of the last two organic laws on Wednesday. Political parties are now allowed to convene to amend internal charters and vote on new executives – but electronic communication and electoral campaigns remain substantially restricted. The order also provides a solution for primary voting which had been made impossible by time constraints as the junta had refused to lift the ban on political activities. For the first time since the military took power and imposed the strict ban on political movements more than four years ago, political parties are now able to convene and make preparations for the election that is scheduled for February 24. Parties to amend their charter Presented with the new Constitution and organic laws, parties will have to amend their charter to align with the new rules. Party executives such as the leader, secretary-general, treasurer and registrar would also be chosen anew. Friday’s order permits parties to organise those necessities and directs that they should be done before the organic law becomes effective in December. The relaxation also allows parties to set up branches outside Bangkok and open new membership applications in addition to participating in the drawing of electoral boundaries process and other activities specified by the ruling National Council for Peace and Order (NCPO). Primary voting, demanded by the Constitution to ensure better participation, is being adjusted under the junta order. Concern has been expressed that it would be difficult to meet the constitutional requirement while the junta maintained the ban and political activities were illegal. The extensive voting within parties to determine MP candidates would be exempted in the first national election. As it is impossible to allow such participation with limited time, the junta will now allow a committee of 11 members to screen potential candidates, self-applied or nominated, for the party executive to endorse and represent the party. Seven of the committee members are ordinary members. Four others will be the executives themselves. The order also allows communication via electronic means, but states clearly that any form of political campaign will not be tolerated, and if it affects social peace and order the NCPO has the power to disallow it at any time. The order also noted that when appropriate, Prime Minister Prayut Chan-o-cha could propose that the NCPO make changes to the order. According to Deputy Prime Minister Wissanu Krea-ngam, the initial relaxation was for 90 days until the MP election law takes effect. A full removal of the political ban could not be expected until then, he said.