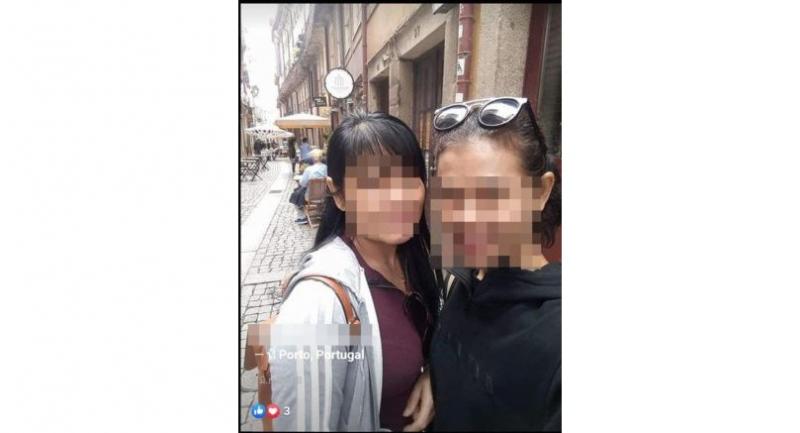 Family in shock after masseuse killed over money dispute

A Thai masseuse was killed and dismembered in Portugal last month reportedly over a dispute over her 10,000 euros (Bt357,000) investment in a massage parlour there.

The killer is suspected to be her closest friend, Sangam Sawaiprkhon. Sangam’s husband, who is reportedly from Pakistan but has already got Thai nationality, is suspected to be the alleged accomplice.
Except the head, most of victim Natchaya Jenrob’s parts have still not been found.
Natchaya’s father reportedly died of heartbreak-related conditions after hearing of his daughter’s brutal death.
Her head was found on a beach in Portugal on March 7 but it took time for the authorities to link it to her as no one came forward to identify her. No one reported that Natchaya had gone missing either.
This was because Natchaya lived and worked with Sangam.
The two friends had a bitter fight in on March 7 when Natchaya demanded that Sangam return her 10,000 euros. Natchaya reportedly wanted to set up her own massage parlour with that money.
The dispute reportedly got out of hand and Sangam allegedly killed Natchaya and dismembered her body. She then assigned her husband to dispose of the body parts.
“She should have not died such an untimely death,” Natchaya’s 76-year-old mother, Soei Jenrob, sobbed from her home in Surin province yesterday.
Natchaya’s elder sister, Somwang Wongsri, said her family did not have the money to bring Natchaya’s body parts back for a funeral.
“We hope the authorities will be able to help us,” she said.
She said Natchaya used to always wire Bt6,000 to Bt7,000 to her parents every month to support them. Natchaya’s elder brother, Thanin Kongkraphan, said he hoped the authorities would also take the harshest action against his sister’s killer.

Sources said Sangam had admitted to killing Natchaya. The suspect, however, insisted that her husband was not involved in the murder but only helped her dispose of the body. According to some sources, her husband fled to Thailand after the crime took place.
Pol Maj-General Pananchai Chuenjaitham, a senior official at the Immigration Bureau, however denied reports that the Pakistani suspect was already in custody.
“At present, we are investigating the claims that the suspect has come to Thailand,” he said.