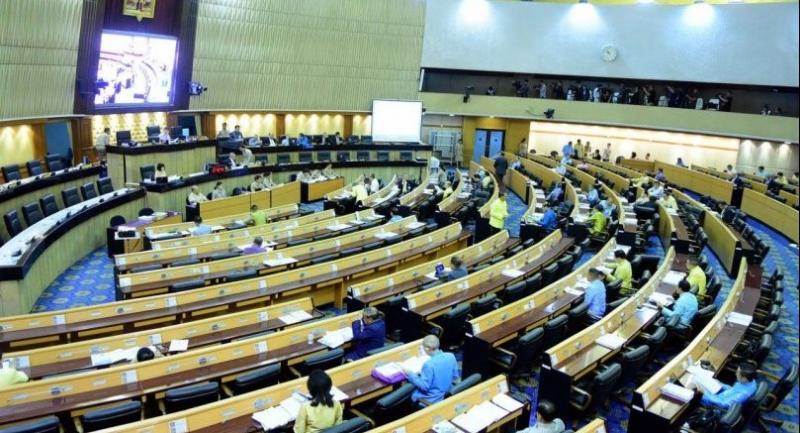 KEY OPPOSITION parties Pheu Thai and Future Forward are bracing for drawn-out fight against “the establishment” both in and outside Parliament now that the junta has successfully re-arisen as an elected government dominating the House.

Pheu Thai secretary-general Phumtham Wechayachai posted on Facebook yesterday about future plans as leader of the opposition, a tumble in expectations given its strong showing in the March election.
Pheu Thai will be fighting both inside and outside Parliament, he said.
The veteran politician said it would be Pheu Thai’s duty, as the party with the most MPs and thus leading the opposition, to apply checks and balances as needed to the government.
The fight in Parliament will be difficult due to rules and regulations in place that he said give the government advantages.
The challenge ahead gives the party its second mission, Phumtham said, which is to ensure its support network is fully participating in efforts to reach long-term goals.
A network of pro-democracy people should have an aim to support constitutional amendments that benefit democracy and the country in the long term, he wrote.
“This mechanism is necessary alongside the work in the parliament,” he said. “The goal is to coordinate and create mutual understanding on not only the Constitution as legislation but also its essence – human-rights violations and inequality.”

Plan to strengthen base
He said the party also planned to broaden and strengthen its base in both rural and urban areas as well as online, and position itself as the champion of justice.
Phumtham said Pheu Thai was seeking to become an even stronger political institution.
“The party must be able to serve the public interest continuously and in the long term,” he said. “It won’t just live during the election campaign and the opening of Parliament. It will be strong and by the people’s side always.”
Future Forward, with 80 MPs the second-largest party in the opposition bloc, celebrated its first anniversary on Saturday with indications of similar moves ahead.
At the “Walk with Me, Talk with Me” event, party leaders made clear the main focus was to be much more than an opposition party. They want to strengthen it as a political institution and build massive support outside Parliament.
Party leader Thanathorn Juangroongruangkit said he was currently barred from Parliament over legal issues, but there were 79 other MPs ready to represent the public interest in the lower house.
And, although the pro-junta bloc with its solid Senate backing will dominate Parliament, Thanathorn said, Future Forward still had faith in parliamentary politics as a peaceful means to resolve conflicts and achieve national goals.
Future Forward’s plans outside Parliament, he said, entail growing stronger as a political institution and gaining more offline supporters.
“The party must be financially independent, so one day, if Thanathorn has changed [his views], Future Forward could kick him out and replace him,” the wealthy leader said, referring to himself. “This party must be bigger than Thanathorn and [other party leaders]. It must be everyone’s party.”