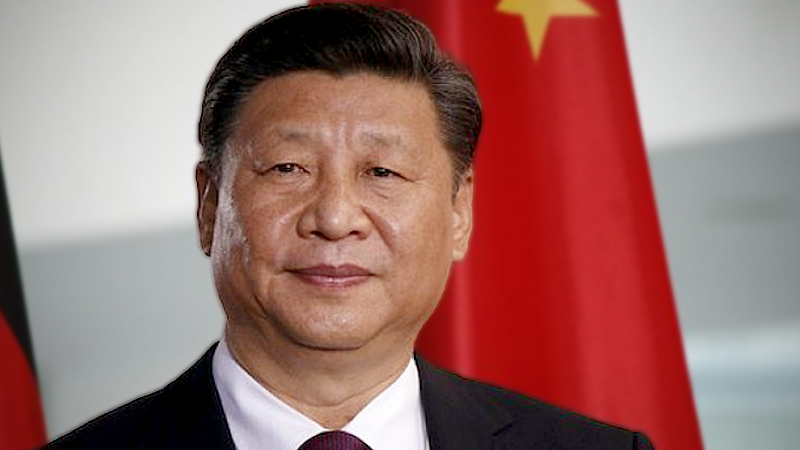 As rioting persisted in Hong Kong, President Xi Jinping on Thursday voiced the central government’s firm support for the chief executive of the Hong Kong Special Administrative Region in leading the governance team to administer the city by rule of law. Xi also expressed firm support for the Hong Kong police in strictly enforcing the law and for the judiciary to punish violent criminals in accordance with the law.

Xi made clear the stance on the Hong Kong situation when speaking at the 11th BRICS Summit in Brasilia, Brazil. He said that ending violence and chaos and restoring order remain the most urgent tasks for Hong Kong.

Xi said the radical criminal acts taking place in Hong Kong have grossly trampled the rule of law and public order, seriously harmed the prosperity and stability of the special administrative region and severely challenged the bottom -line of the principle of “one country, two systems”.

The Chines government is firmly resolved to safeguard its sovereignty, security and development interests, implement the policy of “one country, two systems” and oppose any external forces interfering in Hong Kong affairs, Xi said.

Back in Hong Kong, traffic disturbances again hindered commuters from reaching work and school on Thursday and university campuses were occupied as bases of operation by rioters.

For the third consecutive day, black-clad rioters who were involved in violent clashes with police on Tuesday night occupied the campus of the Chinese University of Hong Kong. They turned it into a base of operations and “weapons factory”, where many weapons for offense use were being made, including gasoline bombs, bows and arrows designed to spread fire and giant slingshots, according to Tse Chun-chung, chief superintendent of the Hong Kong Police public relations branch, who spoke at Thursday’s news conference.

Across the large campus, built on elevated terrain in the New Territories, black-clad mobs blocked entrances to the campus, while subway stations were trashed and major highways outside the campus occupied, according to a university professor who lives on campus and asked to remain anonymous.

They set up multiple tiers of barricades at each entrance and checked the identity of everyone who tried to enter the campus, the professor said.

The campus occupiers also practiced hurling homemade gasoline bombs and using catapults and bows and arrows, according to reporters and news videotape recorded at the scene.

Major universities had announced that as of Thursday, there would be no classes or final examinations on campuses for the rest of the year, and that they would rely on online learning and other assessment methods for the remaining weeks of term.

On Wednesday night, the Shatin Law Courts Building was set on fire following the refusal of the High Court of the Hong Kong Special Administrative Region to grant an injunction sought by protesters to ban police from entering the CUHK campus.

In the ruling, a judge said that according to the Public Order Ordinance, police have the legitimate right to disperse gatherings that might disturb social order, whether in public or private places.

It was the police force’s statutory duty to prevent crime and protect property from destruction, the judge added. Another reason for the decision is that the judge indicated that issuing the injunction would weaken the police’s ability to enforce the law.

Superintendent of Police for Organized Crime & Triad Bureau Steve Li Kwai-wah on Thursday welcomed the court’s decision, saying it has clarified the enforcement powers conferred on the police by law. The Hong Kong Bar Association on Thursday strongly deplored the arson at the Shatin Law Courts Building.

Train service on the Tung Chung Line and East Rail Line were partially suspended on Thursday as a result of damage. The Cross Harbor Tunnel remained closed as barricades were set up on the Hung Hom side. Protesters had set fire to tollbooths the night before.

Road traffic was disrupted after protesters destroyed at least 240 traffic lights around the city, officials said. The Education Bureau announced that all schools in the territory will remain suspended between Friday and Sunday due to traffic disruption and safety concerns.