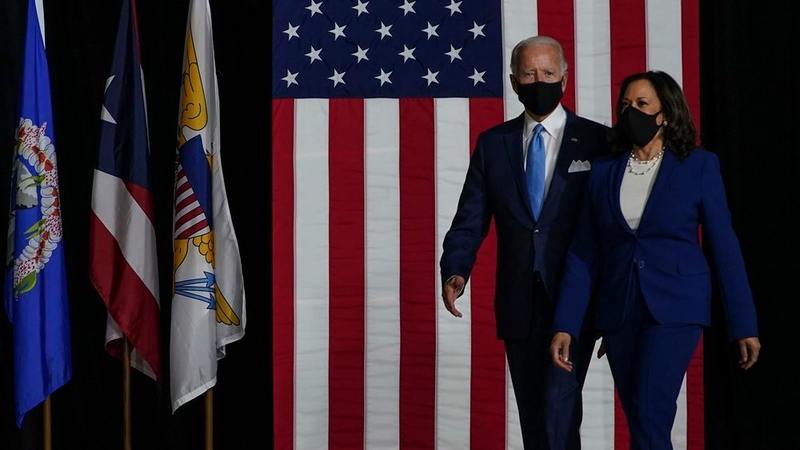 The moves are part of a new strategy released Thursday to confront the coronavirus pandemic that has killed more than 406,000 people in the United States.

Airline workers have described the dangerous results of passengers refusing to follow mask requirements issued by airlines. Safety reports filed with the federal government show flight attendants being repeatedly taunted and verbally abused by passengers, including some who called the virus a "political hoax."

Biden's action comes on the heels of earlier order Wednesday - the first he issued as president - requiring masks on federal property. Together, the orders come as close to a national mask mandate as his federal powers allow, because only states and municipalities can require residents to wear masks at a local level.

The Trump administration rejected calls from Congress, unions representing transportation workers and public health experts within the Centers for Disease Control and Prevention to require masks.

Biden's move marks a clear break from Trump's handling of masks, although some specifics, including how it might be enforced, remain unclear pending the release of the order. It will require masks "on certain public modes of transportation and at ports of entry to the United States," according to a White House strategy document released Thursday.

Biden had said before his inauguration he would require masks for "interstate travel on planes, trains and buses," and CDC officials previously indicated that interstate travel is where their existing authority lies. The precise role of the Department of Transportation was immediately clear.

Biden's pick for transportation secretary, Pete Buttigieg, appeared Thursday before the Senate Commerce Committee for a hearing on his nomination. In prepared remarks, he pointed to the need to face the broad dangers stemming from the coronavirus pandemic.

"Safety is the foundation of the department's mission, and it takes on new meaning amid this pandemic," according to his remarks. "We must ensure all of our transportation systems - from aviation to public transit, to our railways, roads, ports, waterways, and pipelines - are managed safely during this critical period, as we work to defeat the virus."

The strategy also seeks more aggressive action by the Occupational Safety and Health Administration, including considering emergency standards on mask-wearing and other matters. "Biden is taking steps to cover workers not typically covered by OSHA . . . by directing agencies like the Department of Transportation to keep workers safe," according to the strategy document.

The CDC previously outlined the reasoning behind its "strong recommendation" to wear masks during travel.

"Traveling on public conveyances increases a person's risk of getting and spreading COVID-19 by bringing people in close contact with others, often for prolonged periods," the CDC said.

"People should wear masks when traveling into, within, or out of the United States on conveyances," the agency said in the earlier guidance. "Local transmission can grow quickly into interstate and international transmission when infected people travel on public conveyances without wearing a mask and with others who are not wearing masks."

Experts in psychology and decision-making said resistance to mask usage, including on planes, has been driven by politization at the highest levels of the U.S. government and beyond, and is also fueled by the inconsistent messaging and the insidious nature of a virus that can be spread so easily by those who don't even know they are infected. Experts said one shortcoming has been a lack of careful testing of public health messages to make sure they are convincing.

Biden White House officials said their strategy will include "world-class public education campaigns" on mask-wearing, testing and vaccinations, which will be coordinated on the federal, state and local levels and include the private sector.

"They will be anchored by science and fact-based public health guidance. The Administration will work to counter misinformation and disinformation by ensuring that Americans are obtaining science-based information," the according to the strategy.