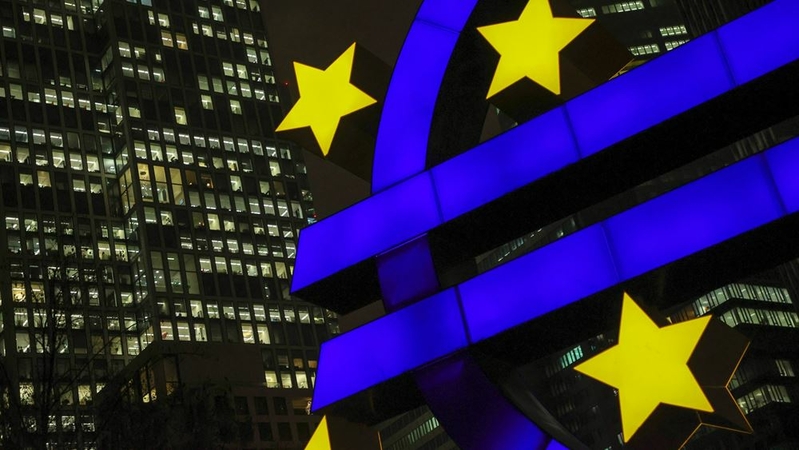 Europe's recovery choices will leave it a year behind the U.S.

While the U.S. rushes toward a blockbuster fiscal stimulus package to accelerate its recovery from the coronavirus crisis, much of Europe is pootling along in the slow lane.

President Joe Biden's $1.9 trillion stimulus bill, if congressional leaders pass the full amount, would take his administration's spending in 2021 to more than three times as much as euro-area countries have planned, according to UniCredit.

As a consequence, most economists expect the U.S. economy to reach its pre-pandemic size around the middle of 2021, roughly a full year before the currency bloc.

JPMorgan Chase estimates the "fiscal thrust" - the boost from discretionary government spending minus the drag of expiring tax breaks and support measures - will add 1.8% to U.S. output this year. For the euro zone, it'll subtract 0.1%.

Europe's go-slow is partly a result of its unwieldy makeup. The European Union's 27 sovereign governments set their own fiscal policies, it took months of negotiations last year to agree on a common 750 billion-euro ($910 billion) recovery fund. Proposals for how to spend the money are still being processed, and funds probably won't start being distributed until the second half of the year.

Such careful consideration has its benefits. Get it right, and the EU will have a well-structured suite of projects that enhance productivity and growth potential for years to come. Get it wrong though, and the continent could be blighted for just as long.

"The question is what do we want to achieve," said Carsten Brzeski, an economist at ING Germany. "Do we want this short-term momentum or do we want to use the money to improve the structure of the economy in a sustainable way? In Europe it's the latter that we need."

The EU's recovery fund, combined with a 1.1 trillion-euro multi-year budget, is a breakthrough package for the union. The money will be spent between now and 2027, with more than half intended for "modernization" such as digitization and fighting climate change.

Not only is it the EU's largest-ever stimulus package, the recovery fund is financed by jointly backed bonds - the first time the EU has agreed to such a measure.

It's temporary, but European Central Bank officials hope it will ultimately lead to a permanent joint fiscal capacity, effectively the equivalent of the U.S. federal budget.

The bloc has long struggled with smoothing out economic differences between countries, and the pandemic has exposed that flaw once again. National fiscal programs have been far more generous in wealthy nations such as Germany than in weaker ones such as Italy and Spain.

Not everyone is convinced Europe has got it right though. Erik Nielsen, UniCredit's chief economist, says the difference in spending plans compared to the U.S. is "mind-boggling" and the euro-zone approach is "severely inadequate." It'll lead to a muted recovery, higher unemployment, deeper economic scars and weak inflation, he said in his report.

Such an outcome would be all too familiar for the euro zone. Fixation on austerity to reduce debts after the 2008-2009 global financial crisis, rather than boosting growth through consumption, condemned the bloc to a sluggish recovery which turned into a sovereign debt crisis and double-dip recession.

Nielsen cites the so-called output gap as a key indicator of the problem. That gauge of unused economic potential is hard to measure precisely, but it's widely considered to be bigger in the EU than in the U.S. at the moment. That means Europe should be doing more, not less, to boost its economy.

The International Monetary Fund estimates the U.S. output gap was 3.2% of gross domestic product in 2020, and 5.1% in the euro zone.

Still, some economists argue that the vagaries of the output gap make it a poor foundation for policy decisions. Maria Demertzis, deputy director at the Bruegel think tank in Brussels, said European countries are right to focus on support for struggling parts of the economy and investment. Measures to boost consumption aren't targeted enough, she said.

Experience from 2020 also indicates that European consumers will probably go out and spend as soon as they're allowed to do so. Households are sitting on hundreds of billions of euros in savings they accumulated during lockdowns that could further fuel the recovery.

"Generous government support through the pandemic means European economies are set to rally once restrictions are lifted - a big chunk of slack will vanish, even without an extra fiscal boost," said Jamie Rush, chief European economist at Bloomberg Economics. "In an environment of rising global yields, I see targeted stimulus offering the best value for money."