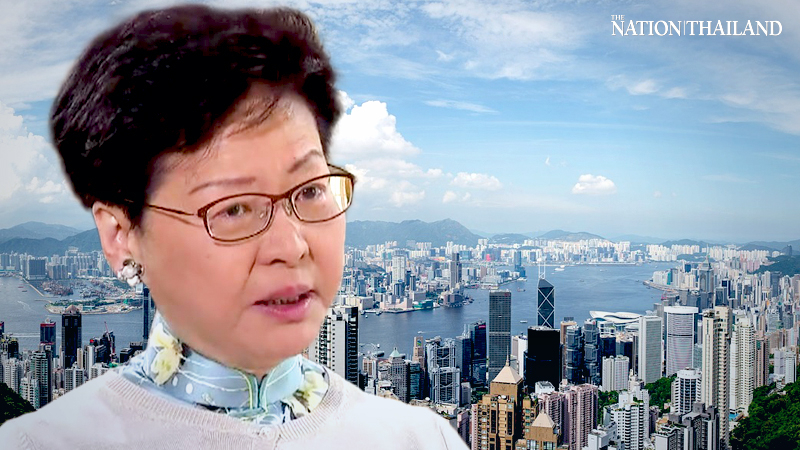 SEOUL - China has sharply reduced the number of directly elected legislators in Hong Kong and delayed the city's elections until December, in the latest erosion of its democratic institutions.

The electoral changes announced Tuesday cut the number of directly elected seats in Hong Kong's legislature to 20 out of 90, from the current 35 of 70. A new committee to vet candidates for public office will give national security authorities sway over who can run.

Members of the district councils - the only fully democratic body in Hong Kong - will be excluded from the committee that selects Hong Kong's chief executive.

"This is shocking and difficult to comprehend for Hong Kong people," said Lo Kin-hei, chairman of the city's Democratic Party.

It's the latest move by China's central government to tighten its grip over Hong Kong after a series of massive pro-democracy protests. Dozens of Hong Kong activists were arrested earlier this year under the national security law, essentially neutralizing the city's long-cherished democratic movement.

The overhaul of Hong Kong's legislature will mean easier control for China's central government, with only a minority of seats directly elected by the population.

Referring to the pro-democracy movements since 2014, Lam said the government needs to deal with the "chaos" of the past few years that was enabled by "loopholes in the legislation" and restore order in the Legislative Council.

The move drew sharp criticism from Western officials on Tuesday. In a post on Twitter, British Foreign Secretary Dominic Raab called the electoral changes a "clear breach" of China's commitments under the Sino-British Joint Declaration signed in 1984 ahead of the 1997 handover of Hong Kong to China.

Layla Moran, a member of Britain's Parliament, called for the British government to act. "Words of condemnation have done nothing to protect Hong Kong's democracy," she said.

Lam said the vetting committee does not aim to bar pro-democracy candidates from running for these public positions.

"As long as they can prove to be [patriots], and not be disloyal or collude with foreign forces . . . and as long as they want to serve the Hong Kong citizens, they can still [run]," she said.

Andrew Leung Kwan-yuen, president of Hong Kong's Legislative Council, announced Tuesday that the election will be delayed until December.

A former British colony, Hong Kong was returned to China in July 1997 after Beijing pledged that the city's way of life would remain unchanged for 50 years. This meant Hong Kong enjoyed a high degree of autonomy and democratic government and much greater free speech than mainland China.

But under President Xi Jinping, the Chinese central government has significantly increased control over Hong Kong's affairs, especially following a series of massive pro-democracy protests in the city. The passage of the Hong Kong national security law last year put the city under similarly oppressive speech restrictions as in the mainland.

Dozens of activists were arrested in January under the national security law and charged with "conspiracy to commit subversion." Many were either candidates in or helped facilitate a primary in July designed to select pro-democracy candidates who would run in the upcoming legislative election.

Tuesday's overhaul of Hong Kong's legislature has been expected, with China's rubber-stamp national parliament voting in mid-March to make these amendments to Hong Kong's Basic Law.