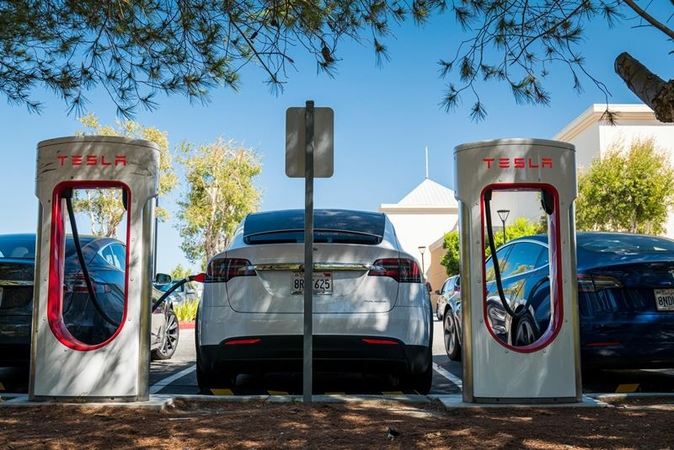 The U.S. auto industry sees President Joe Biden's infrastructure package as accelerating a global shift toward electric vehicles, thanks to the $174 billion proposed for charging stations, planned consumer rebates for American-made EVs and a pledge to electrify the government's fleet.

The proposal, which requires congressional approval, is likely to be targeted by progressives as too little in scope and by Republicans as unfairly using taxpayer funds to help the alternative energy sector while harming others, such as the oil industry. Market researchers, oil-energy advocates and other critics warn that it may not be enough to make a dent in the sale of gas guzzlers in the U.S. any time soon.

"The numbers tell the current story," Michelle Krebs, executive analyst at Cox Automotive, which conducts market research for auto dealers. EVs made up only 2% of new car sales in 2020, while SUVs and pickup trucks comprised about 70%. "However, we know there is interest in EVs. Our consumer survey on upcoming EV pickup trucks showed interest, especially among young buyers."

Biden's plan directs $174 billion to electric vehicles, including sale rebates and tax credits for consumers to buy American-made cars, in addition to industry incentives. The centerpiece of the plan made public Wednesday is to help build a national network of half a million charging stations through grants to state and local governments and the private sector.

Installing charging stations nationwide is something industry and environmental groups regard as essential to increase the adoption of electric vehicles by consumers worried about getting stranded on a long road trip in an electric car.

The 500,000 charging stations is "of critical importance," said Genevieve Cullen, president of the Electric Drive Transportation Association, which represents companies that stand to benefit from the move such as GM, the utility CenterPoint Energy Inc., and the electric vehicle charging network EVgo Services LLC. "It's the right start."

The plan to wean American motorists off gas-powered automobiles is part of a broader $2.25 trillion infrastructure blueprint that also calls for sweeping spending to achieve the White House's climate goals -- such as net-zero emissions in the U.S. by 2050. It also comes in stark contrast to former President Donald Trump, who rolled-back fuel economy requirements put in place by his predecessor and called for an end to a key EV consumer tax credit seen as helping to launch the industry.

"The combination of a Biden administration and a blue Senate sets the stage for a green tidal wave in the U.S. to kick off, with electric vehicles the centerpiece," said Dan Ives, a senior equity research analyst at Wedbush Securities wrote in a research note Wednesday. "For the EV sector, the Street has been awaiting this day since Biden was elected."

Shares of EV makers may get a fresh lease on life from Biden's plan. EV stocks had rallied hard last year, partly in anticipation of more favorable industry policies after the election, but the intense investor enthusiasm had started showing signs of strain this year, as sentiment toward risky, high-multiple stocks soured amid a rise in Treasury yields.

Some critics of Biden's plan questioned whether the scope will even come close to what is needed to shift consumers from gas-powered vehicles.

The 500,000 charging stations "wouldn't even amount to 50% of what is needed in California alone," said Tom Pyle, a former Trump adviser and the president of the American Energy Alliance, a free-market advocacy group. "The notion it would be built in the U.S. with union paying jobs is also a fantasy when you consider the entire supply chain is based in China."

"It's a pipe dream built on a foundation of lies," Pyle said.

Biden also called for the electrification of the federal government's entire fleet of more than 600,000 vehicles -- including the U.S. Postal Service, which recently earned scorn of environmentalists and Democratic lawmakers for selecting the military and emergency truck maker Oshkosh Corp. for part of a $6 billion contract for more than 100,000 mail-delivery vans over Workhorse Group.

"It forces the U.S. Postal Service in the game," said Scott Sklar, director of sustainable energy at George Washington University's Environment & Energy Management Institute. "The U.S. government is a huge customer so that could propel the U.S. EV industry into a world leadership position vis-a-vis China."

Congress in the coming months is expected to put its own flourishes on the final package --- which House Speaker Nancy Pelosi, D-Calif., said she wants to see completed by July 4.

Among likely candidates for inclusion is a $454 billion plan to remove gas-power vehicles on the road by 2040, a measure championed by Senate Majority Leader Chuck Schumer, as well as the expansion of an existing $7,500 consumer tax credit for the purchase of electric vehicles.

Sen. Debbie Stabenow and Rep. Dan Kildee, both Michigan Democrats, are working with the White House and Democratic leadership on a plan to do away with an existing 200,000-vehicle per manufacturer cap on the tax credit. Among possible tweaks to the credit are making it refundable and targeting it better toward middle and lower-income motorists.