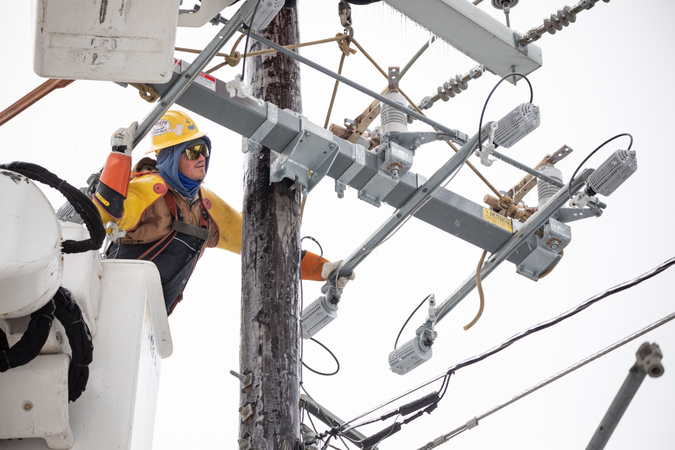 It didn't take a heat wave or freak winter storm this time to raise the specter of rolling blackouts in Texas. All it took was a mild spring day.

The fact that the state's power system, serving nearly 30 million people, made an urgent plea for conservation with temperatures in the 80s Fahrenheit is prompting fresh questions about the need for reform less than two months after February's deadly blackouts.

"It's a disgrace for a power grid in modern times to struggle to keep the lights on during a mild day," said Daniel Cohan, an associate professor of environmental engineering at Rice University. "We'll be in trouble when a summer heat wave comes in and demand is one-and-a-half times as much as it was yesterday."

Texas has long taken a laissez-faire approach to its power grid, allowing market forces -- rather than regulations -- ensure there's enough power on hand to satisfy demand. State lawmakers have been reluctant to buck that philosophy as they consider legislation to address the problems that led to February's crisis. Yet without changes, unpredictable weather will continue to beget chaos, experts warn.

"The reality is the market is designed to operate with very thin reserve margins," said Katie Bays, an analyst at FiscalNote Markets. "And weather unpredictability combined with a white-knuckle approach is going to produce volatility."

The Electric Reliability Council of Texas, which manages most of the state's grid, had counted on a mild cold front sweeping the state to lower demand for power. It didn't happen. As a result, demand on the grid was about 3,000 megawatts higher than anticipated -- or the equivalent of 600,000 homes.

Normally, additional power plants would kick in to make up the shortfall. But about 25% were off line for repairs to gear up for summer, when plant owners make the bulk of their money selling electricity to satisfy Texas's insatiable demand for air conditioning.

Unlike other U.S. grid operators, Texas doesn't have a capacity market that pays generators to be available in order to meet expected demand. Instead, the Texas market is designed for wholesale prices to spike when supplies get tight in order to encourage power producers to come online. That approach allowed prices to surge to $9,000 a megawatt-hour during the last crisis, which pushed many companies into default and has left the power market in ongoing financial distress.

"It further highlights the need for Ercot reform and it'll put a fire under legislators' butts," said Josh Price, an analyst for Height Capital Markets.

Lawmakers are considering a series of measures in response to February's blackouts. One bill would require power plants to prepare better for cold weather. Another would ban retail electricity providers from exposing customers to the volatility of wholesale power prices. And other measures would require renewable generators to buy reliability services, increasing their financial burden. But a bill that would create a capacity market hasn't budged.

"The legislature has been trying to take a hands-off approach to Ercot and assume that the fundamentals of the market will solve the underlying issue," Bays said.

Texas lawmakers advanced several power bills on Wednesday. The Senate passed a measure that would force renewable generators to shore up their ability to deliver supplies, while a House committee approved a proposal that would permit co-operatives, municipal utilities and power companies to sell debt to cover huge obligations racked up during the crisis, according to a note sent out by Price. Any bills would have to be passed by both chambers to become law.

Texas ranks last among U.S. regional power networks when it comes to reserve capacity, according to the North American Reliability Corporation, which oversees grids in the U.S., Canada and parts of northern Mexico. Ercot has failed to meet its own target reserve of 13.75% for the past three years, according to the agency.

An Ercot spokeswoman said it was speculative to say whether or not a higher reserve margin would have resulted in different outcomes from the winter storm.

Weather doesn't usually have a big impact on electricity demand in spring and fall. Those are the so-called shoulder seasons when customers are neither cranking their heaters nor blasting their air conditioners.

On Tuesday, temperatures in Dallas, Brownsville and Houston were moderately higher than normal, reaching or exceeding 80 degrees Fahrenheit (27 Celsius). That, combined with a dearth of generation, prompted Ercot to ask for conservation for almost four hours.

The real test could come this summer. While Ercot said last month it expects to have adequate supplies for the season despite anticipated record peak demand, almost 75% of Texas is gripped by drought, and more than 91% is abnormally dry. Drought makes heat worse because the sun's energy goes into warming the air rather than evaporating ground moisture.

"This doesn't bode well for summer when they are already issuing these kind of alerts," said Jim Rouiller, lead meteorologist at the Energy Weather Group. "The cold killed people. The heat will kill a lot more people."