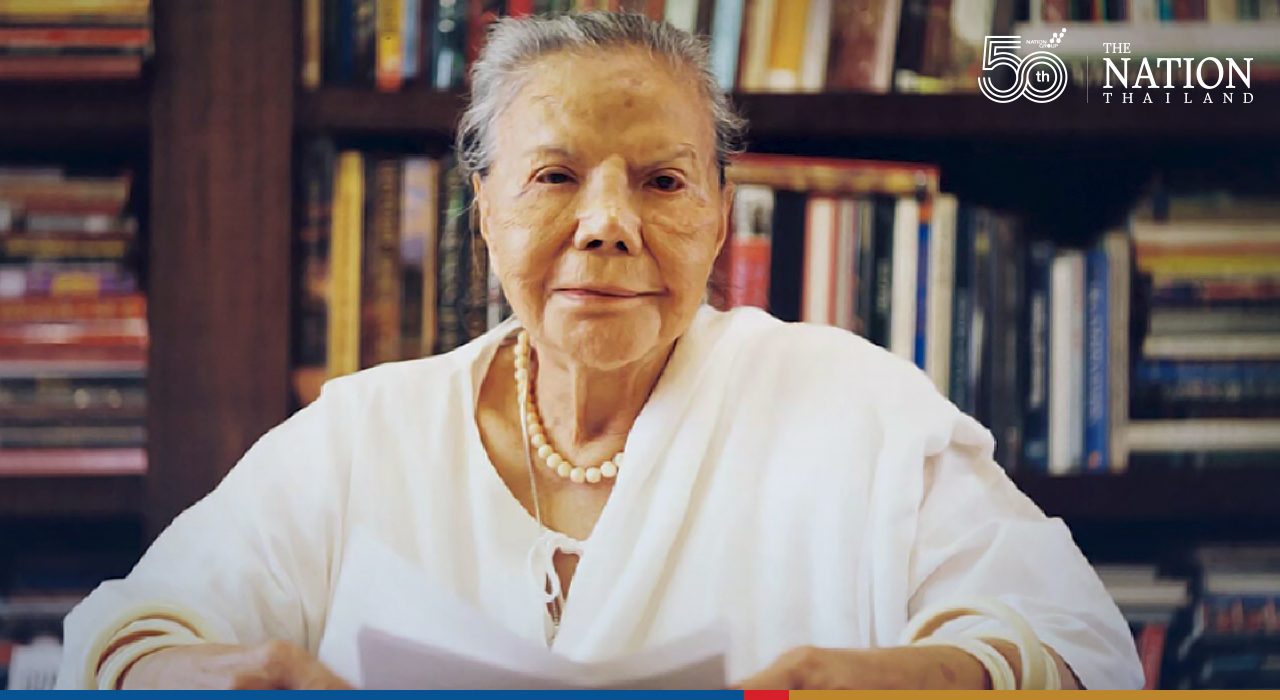 Liked by some, loathed by many, novelist Thommayanti’s mixed legacy

On Monday, one of the tallest figures in Thai literature, novelist Khun Ying Wimon Chiamcharoen, better known by her pseudonym “Thommayanti”, passed away at the age of 85.

According to the Writers’ Association of Thailand, Thommayanti died peacefully. The cause of her death was not clearly mentioned, but it could be old age.

Despite being known generally as Thommayanti, Wimon in fact had other pen names, such as Laksanawadee, Rose La Reine and Kanok-lekha.

Wimon was born on July 10, 1936, in Bangkok. After graduating from Khemasiri Memorial School, she attended Thammasat University, studying law and then changing to business.

During her time at the university, she was active in debates, together with two future prime ministers -- Chuan Leekpai and Samak Sundaravej.

In the third year of her studies, she left the university and became a teacher at St Joseph Convent School in Bangkok. She also started work towards becoming a professional novelist at this time, and continued her career until she was 70.

Wimon was chosen as a member of the National Legislative Assembly of Thailand in 1977, and a senator in 1979. In addition, she was promoted as director of the Bangkok Mass Transit Authority in 1984.

In 2012, the novelist was honoured by the Ministry of Culture as National Artist for literature.

Thommayanti reportedly wrote short stories since she was 14, and published some of them in magazines. Her first long story was “Nai Fun” (In the Dream), written and published serially in a magazine when she was 19.

Thommayanti’s works covered many themes, namely, romance, nationalism, fantasy, religion, revenge, even LGBT love. Some of her novels were adapted as TV series, films or musicals more than once.

In a long career, Thommayanti was prolific, churning out over 100 novels. Her last work was “Chom Sassada” (The Great Prophet), a novel about Lord Buddha, which she had planned in advance to be published after her death.

Several youngsters of the present generation do not like Thommayanti, due to her political views and past controversial stance.

In 1976, the novelist played an important role in the "housewife society", a group of wives of military generals set up to defend the US. She attacked student protesters at the time, accusing them of destroying Thailand's good relationship with the US.

The right-wing government she backed then came down heavily on leftist protesters, with a gruesome crackdown that became known as “Massacre of October 6”. Her political positions have made her an anathema for pro-democracy activists.

After her death was announced, a record of Wimon’s radio broadcasts on politics was published and shared online. The broadcast was described as one before the massacre.