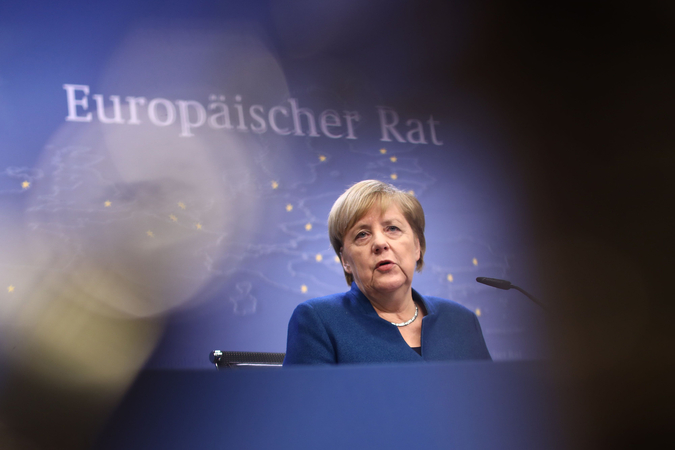 BERLIN - At a laboratory in Berlin, technicians in green scrubs, goggles and face masks examine a constant flow of swabs from suspected coronavirus patients from across the city. The staff is already working double shifts, from 7 a.m. until about midnight, to meet the unrelenting demand for testing.

But the German private laboratories that have been the engine of the country's strategy to contain the spread of the virus are shifting to a new phase: antibody testing.

"We were very, very fast at getting started," explained Christina Landwehr, a molecular biologist at the lab.

Germany's first test kit for mass coronavirus antibody screening was certified late last month. This comes as Britain, which lacks Germany's laboratory capacity, acknowledged this week that none of the 17.5 million home test kits it has ordered from nine suppliers are up to standards.

Berlin's proactive testing strategy has been held up as a model among Western nations, with Germany now carrying out about 50,000 coronavirus tests per day.

Now it is taking on the additional mission of ramping up testing to determine who may have immunity. This information is increasingly important as countries cautiously consider lifting lockdown measures introduced to slow the spread.

European governments are considering the introduction of what have been dubbed "immunity passports" to let individuals who have had the virus return to a more normal life. German scientists caution that this stage of the response is still a long way off. There remain crucial questions over how long someone's possible immunity might last and at what level, and there are concerns about tests producing false positives and insufficient capacity for widespread testing.

"I believe it's valid to talk about it and prepare," said Gerard Krause, an epidemiologist with the Helmholtz Center for Infection Research. "But there needs to be more validation of the test and there needs to be science on how long immunity lasts."

He said these tests could prove valuable, particularly with the prospect of a coronavirus vaccine unclear.

"This is one of many tools to address coronavirus, but it may be a very important one," he said.

Krause said antibody testing studies could provide an indication of how many people have been infected and thus help governments assess the risk of easing restrictions. Knowing the level of infection among the population and particular risk groups could also let the government determine whether it can be "a little bit more relaxed" during a potential second wave of infections and evaluate whether public health measures can be eased, he said.

In Germany, studies already underway or planned over the coming months involve a sampling of about 100,000 people, said Krause, who is overseeing several of them.

One by the University of Bonn will study 1,000 people from the hard-hit town of Heinsberg. One in Munich will repeat tests on the same sample group regularly to monitor the spread.

Austria and Denmark this week became the first countries to lay out plans for the gradual reopening of shops and businesses. Norway joined them Tuesday as it announced that some schools and small businesses would reopen this month.

German Chancellor Angela Merkel, who has been tight-lipped on Germany's strategy for lifting restrictions, says she doesn't want to raise the population's hopes prematurely. "We would be a bad government if we weren't thinking about an exit strategy," she said Monday.

But the assumption remains that the "virus won't just disappear," she said. Merkel, who has a degree in quantum chemistry and worked as a research scientist in the 1980s, has said that without a vaccine, it might take two years for the population to achieve herd immunity - meaning that so many people have been infected that the number of those still susceptible is no longer enough to sustain further spread of the virus.

In the meantime, knowing potential immunity levels is "extremely important," Kraus said, "as it helps us to assess how the next wave might look like, who the risk groups are - if certain age groups are already immune we don't need to worry about them."

"Future measures could maybe be more targeted," he added.

Frank Ulrich Montgomery, a German doctor who heads the World Medical Association, said the number of people infected could be as much as 10 times greater than now thought. An accurate count could be essential as governments balance the health implications of lifting restrictions against the mental health and economic impacts of not doing so.

"If you want to assess the real danger and the real mortality, you have to know the number of people who have had the disease," he said.

Knowing who may be immune could be "extremely effective," he said, for instance by helping identify which front-line workers may have immunity and thus would not need protective gear.

Testing accuracy also remains a concern. Some tests are overly sensitive, reacting to other types of coronaviruses and producing false positives. Errors could be particularly problematic when testing those who have not shown symptoms, Krause said.

Labs already face testing bottlenecks, but German experts have advised against the reliability of home kits, which have a wider margin of error.

Another concern is that tests are most effective several weeks after infection. So the timing of wide-scale studies is important, he added.

Roman Skoblo, the head of the Berlin laboratory, said he had no concerns about the accuracy but echoed similar words of caution.

"The question is, if someone tests for the antibody, what does that mean? Immunity? Part immunity? For how long?" he said. "If someone asked me, 'What can I do with the results?' I wouldn't be able to answer."