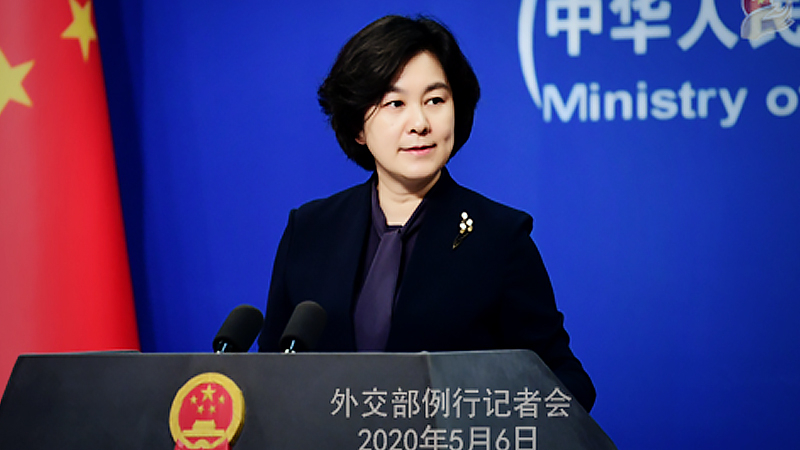 The Foreign Ministry said on Wednesday that China stands ready to continue close cooperation with the World Health Organization to find the origin of the novel coronavirus that causes COVID-19, but it firmly opposes any political manipulation under the guise of an investigation of its origin.

China supports reviews of the COVID-19 pandemic at an appropriate time, ministry spokeswoman Hua Chunying said at a news conference.

Such reviews are to promote international health cooperation, improve global public health governance and support developing countries in enhancing their health systems so that the world can be better prepared for similar challenges in the future, Hua said.

"What we firmly object to is an inquiry into the pandemic that presumes China's guilt," she said.

"The issue of the origin is a scientific and professional one, and the work should be consigned to scientists and experts in disease control and prevention," Hua said, adding that such an investigation should be led by scientists.

In trying to hold China accountable for the pandemic and demanding that China pay compensation, some people in the US have "talked nonsense" by claiming that the virus was "made in China" or "spread by China", while scientists are still working to determine the origin of the novel coronavirus, Hua said.

The WHO said on Tuesday that a report that COVID-19 had emerged in December in France－sooner than previously thought－was "not surprising", and the agency urged countries to investigate any suspicion of other early cases, Reuters reported.

Also, northjersey.com reported that a mayor in New Jersey said he believes he was sick with the novel coronavirus in November.

Those reports show that the origin of the virus may be diversified, Hua said.

Having maintained close communication with the WHO in an open, transparent and responsible manner, China supports the organization in conducting scientific research into the virus' origin based on all reports available, the spokeswoman said.

Gauden Galea, the WHO's representative in China, said on Tuesday that "all the currently available evidence suggests that the virus is naturally occurring rather than manipulated or constituted by a human", Xinhua News Agency reported.

Hua also said the Chinese people will never agree to Washington's attempt to deflect blame for the pandemic to China.