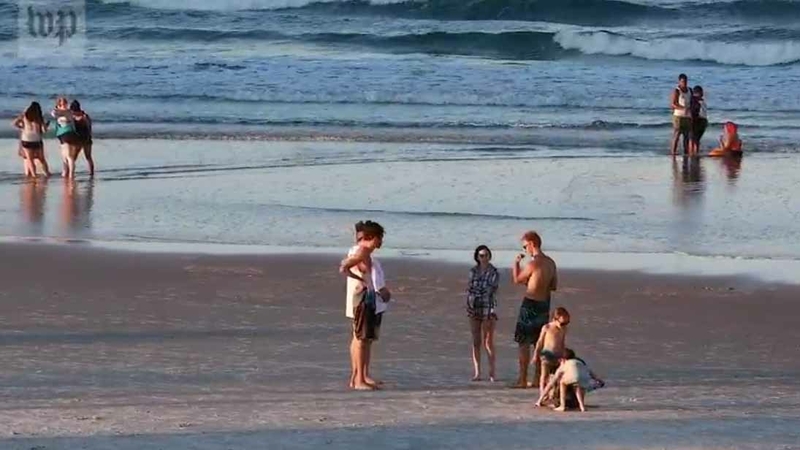 Wondering what's safe as states start to reopen? Here's what some public health experts plan to do

As state and local governments begin to allow businesses and public spaces to reopen, you might be having difficulty deciding when and where to venture out.

Though the rules and remaining restrictions differ by state, and even within them, The Washington Post asked three public health experts where they generally will - and won't - go, how they'll make those decisions and what precautions they'll take against the novel coronavirus.

"Nothing is without risk," said William Petri, a professor of infectious diseases at the University of Virginia School of Medicine. "But you can weigh the risks. . . . It's going to be a series of judgment calls people will make every day."

Q: How are you thinking about when and where you'll venture out?

A: All three said they'll leave home more often only as covid-19 cases in their communities decline and continue to do so.

Amanda Castel, an epidemiology professor at George Washington University's Milken Institute School of Public Health, said she plans to wait until her community meets established criteria, including a 14-day drop in the percentage of people testing positive.

Boris Lushniak, dean of the University of Maryland School of Public Health, said he will take a "tempered" approach. While he wants to support the local economy, he said, "I'll still be very wary of my environment."

- Whether they'd be indoors or outdoors (Outdoors is safer.)

- Their proximity to employees and customers (Can they stay at least six feet from others?)

- How much time the outing would entail (Less is better.)

As Castel said, "I certainly wouldn't linger in places."

"I'll look at the duration and intensity of potential exposure," Petri said. "A very leisurely lunch at a restaurant with people at the table next to you is probably a riskier encounter than picking up an oil filter at the auto store."

Before entering any business, they said they will check:

- Are all staff members wearing masks?

- Are employees staying at least six feet from one another?

- Is there hand sanitizer or another way for workers and customers to clean or disinfect their hands easily?

- Are there few enough customers that all can remain at least six feet apart?

"If I can't maintain the six-foot rule," Lushniak said, "I'll stay away."

Q: What other precautions will you take?

A: In addition to social distancing and wearing masks, the experts said they will:

- Carry hand sanitizer and use it when entering and leaving businesses or public spaces.

- Focus on not touching their faces.

- Use the bathroom before leaving home so as to avoid public restrooms.

Q: Will you eat in a restaurant?

A: Castel said she probably won't go to a sit-down restaurant for a while because fellow diners can't wear masks while eating and drinking. Instead, she said, she'll continue dining "out" via delivery or curbside pickup.

Lushniak said he'll first check whether servers are wearing masks, how many people are inside and how far apart tables are spaced: "It's really going to be about how crowds are controlled."

If a restaurant meets those requirements, he said, he'll wear a mask as much as possible to protect others and bring his own pen to sign the credit card bill.

Q: Will you go to a barbershop or hair salon?

A: All three said yes, but only if they and the barber or hair stylist wear a mask.

They will try to limit their time indoors by seeking a haircut outside or washing their hair at home before heading in. They also suggested putting off more time-consuming treatments like hair coloring until after infections have declined further over a longer period.

"In-and-out is better with an indoor environment," Lushniak said.

Castel said she'll call ahead to ask what precautions a salon is taking, including whether cuts or hair treatments are available outdoors.

Before entering, the experts said, they'll check whether chairs and hair-washing basins are spaced far enough apart and customers can avoid waits with others.

Q: Will you go to a department store or indoor shopping mall?

A: Being indoors raises the risk, they say, so getting in and out quickly will be important. If they go, the experts say, they will try to do so during off-hours, when they'd have less company.

"If you walk in and the place is buzzing, scan the environment," Castel said. "Are people wearing masks? Can you socially distance?"

They say they'll also be vigilant about not touching their faces and sanitizing their hands as soon as possible because of the number of high-touch surfaces, including clothes hangers, checkout counters and dressing room door handles.

Q: Would you go to a church, synagogue, mosque or other house of worship?

A: Castel said she'd stick with online services because of the difficulty of remaining at a safe distance in large gatherings, particularly indoors. If she did go, she said, she'd make sure to stay at least six feet from others and wear a mask.

"I certainly don't expect people to be taking Communion at this point," Castel said.

Lushniak said his decision would depend on the density of the crowd, whether worshipers are wearing masks and if there is hand sanitizer at entrances and exits.

Petri said he's concerned about the length of worship services, where people often congregate for an hour or more. He said he'd consider whether to go based on the amount of infection in his own community.

Q: Will you work out in a gym or do downward dog in a yoga studio?

A: "Those are tough" Castel said of indoor exercise facilities with shared equipment. "Disinfecting surfaces is going to be critical."

She said she might feel more comfortable if people brought their own weights or yoga mats.

Lushniak said he'd be concerned about the higher risk of transmission from people near him breathing faster and harder while working out. He said he'll probably continue exercising outdoors until the final phase of reopening.

Q: Will you socialize more?

A: Castel said yes, but only if she feels "compelled," and then only outdoors. She'll make any small get-togethers "bring your own" everything - food, drinks, glasses, plates, utensils - so people can remain at least six feet apart and avoid touching the same surfaces.

Lushniak said he'll socialize only outdoors and then with fewer than 10 people, at a safe distance and in masks.

Petri said he'll probably "ease back into" socializing with one or two friends and then only outdoors, at a distance and in masks.

All three say they'll avoid socializing with anyone who is older or at higher risk of covid-19 complications.

Q: Will you go to the beach?

A: Because beaches are outdoors, they're less risky, but only if not crowded, the experts said.

Walking is preferable to sunbathing because you can better control how close others get.

And they said they would make sure to wash or sanitize their hands as soon as their toes leave the sand.

Q: Will you play outdoor sports, such as golf and tennis?

A: Yes, all three said, but only with precautions, such as playing with people in the same household. Anyone else should remain at a distance and use their own golf clubs and cart.

Petri said he'd play only with people in his household or a small group of friends.

"The less mixing there is," he said, "the better."

Lushniak said he "can't wait" to get back on the tennis court, but he'll only play with people in his household. He'll also disinfect his hands immediately after playing in case the court itself is contaminated.

Even though both sports are safer because they're played outdoors, the experts said, they would limit time around others.

As Castel said, "You shouldn't be going to the clubhouse and having a drink afterward."