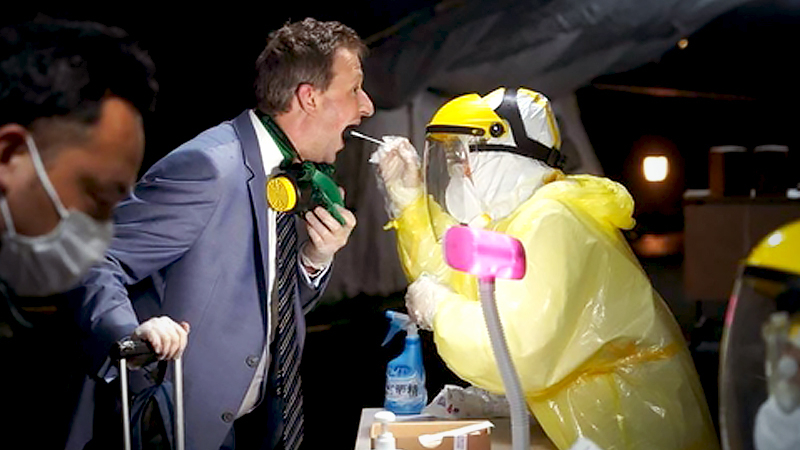 COVID-19 test a must for all overseas flyers to China

BEIJING - All passengers flying into China from overseas will be required to take a nucleic acid test within five days before their flights in an effort to curb the cross-border spread of COVID-19 and ensure the safety of international travel, said the country's top civil aviation regulator.

According to a notice jointly issued Tuesday by multiple departments including the Civil Aviation Administration of China and General Administration of Customs, all passengers, whether Chinese citizens or overseas travelers, must take a nucleic acid test at medical institutions designated by Chinese embassies.

Passengers who are Chinese citizens are required to take photos of the test results and upload them via an epidemic prevention mini program on the Chinese instant messaging platform WeChat, according to the notice.

Overseas travelers need to apply for a declaration of health status from the Chinese embassy with a valid written report of a negative test result, according to the notice.

Airlines will check the health QR code or health declaration ahead of boarding, and those who fail to produce such documents will be denied boarding, according to the notice, in which it was also noted that passengers who provide false certificates and information shall bear the corresponding legal liabilities.

"The measure will help promote the flow of transnational personnel, ensure the resumption of work and production of various countries and facilitate the restoration of personnel exchanges," spokesperson Wang Wenbin told a press briefing.

As the epidemic in some countries has been brought under control or better alleviated, there were growing signs of gradual resumption of personnel exchanges and international flights, he said.

Chinese embassies would carefully evaluate the nucleic acid test capability of the host country, and determine the implementation period for each country based on comprehensive communication and consultation with the host country, the spokesperson said.