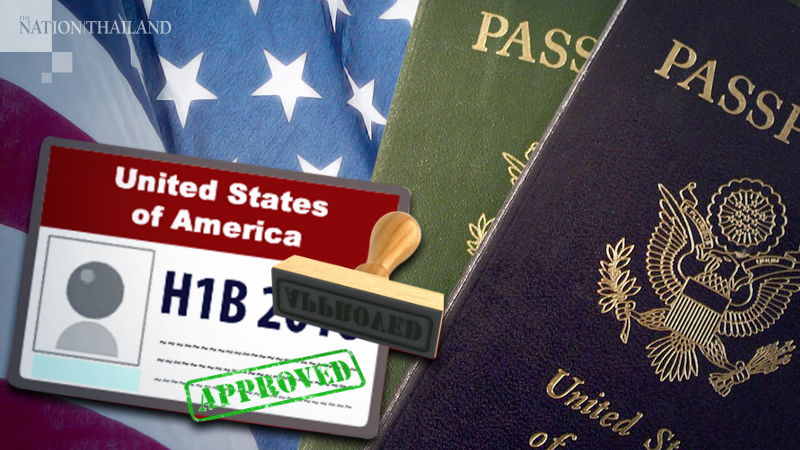 WASHINGTON - Trump administration officials said Tuesday they will make further restrictions to the H-1B visa program that businesses use to hire foreign workers for specialized occupations, a move that U.S. technology companies have fiercely opposed.

The changes will make U.S. firms pay higher salaries to the workers, tighten hiring rules that determine their eligibility and increase regulation by the Department of Labor and the Department of Homeland Security.

The agencies have not published a copy of the new regulations, leaving hundreds of thousands of engineers, doctors and other skilled professionals mostly guessing about the scope of their impact, even as Trump administration officials described the measures in superlative terms.

"In DHS's history, we have never done as much in the H-1B space as we are announcing today," said Ken Cuccinelli, the senior official performing the duties of the DHS deputy secretary.

Cuccinelli and Patrick Pizzella, the deputy Labor Secretary, told reporters the measures were being implemented using an expedited process because of the coronavirus pandemic's impact on the U.S. workforce.

"With millions of Americans looking for work and as the economy continues its recovery, immediate action is needed to guard against the risk that lower-cost foreign labor can pose to the well-being of U.S. workers," Pizzella told reporters on a conference call.

The moves are expected to trigger lawsuits when they take effect in 60 days. Trump administration officials acknowledged their decision to make the changes as an "interim final rule" - a process that limits the opportunity for public comment - would leave the measures more vulnerable to legal challenge.

Doug Rand, an immigration policy adviser under President Barack Obama, said the Trump administration's decision to rush the measures into place "isn't the behavior of an administration that expects to win."

"They are trying to jam this through at what may be the very end of the administration, and prioritizing speed and rhetoric over the likelihood of success," said Rand, now the co-founder of Boundless Immigration, a company that provides immigration services in the technology sector.

Rand said the measures would trigger a backlash from major U.S. companies that rely on the H-1B program. "They are kicking a giant hornet's nest," he said. "Despite the rhetoric around H-1B workers as job stealers, that is not the reality."

The H-1B program is popular with U.S. technology companies and other firms that say they struggle to find enough engineers, computer scientists and other highly-skilled workers. The program has a cap of 85,000 visas per year, visas that are awarded using a lottery system and are typically valid for three years.

Last year, U.S. Citizenship and Immigration Services estimated there are more than 583,000 H-1B visa holders working in the United States. About 70 percent of H-1B visa holders are from India, according to a report by Rand using federal data. Another 15 percent are granted to applicants from China. No other country accounts for more than 2 percent.

H-1B holders from India who apply to become legal permanent residents often are left waiting many years because of a massive backlog.

One of the proposed changes would shorten that validity to one year for workers who are hired through third-party consulting firms.

Opponents of the H-1B program say it incentivizes companies to replace their American employees with cheaper foreign labor, and they argue that it provides too little scrutiny of whether the specialized workers are needed. Restrictionist groups that back the president have pushed Trump to deliver on his pledges to curb the program, but the White House has moved slowly, knowing the measures are anathema to U.S. companies.

Sara Blackwell, a labor attorney in Florida who unsuccessfully sued Disney over its use of H-1B workers and has become an advocate on the issue, welcomed the new measures as a "better late than never" step.

"I wish it had come sooner, and there were more, but I'm happy with whatever we can do to make the system better," Blackwell said. "The goal is not stopping immigrants from coming in. The goal is to stop companies from abusing the system."