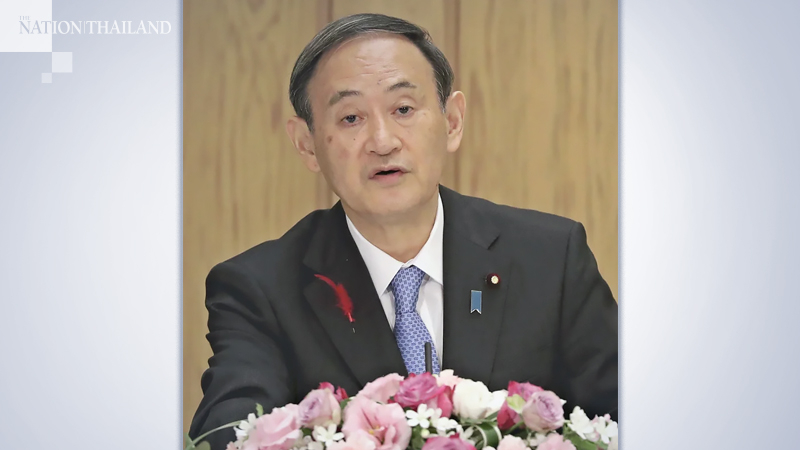 Prime Minister Yoshihide Suga reiterated his position of following former Prime Minister Shinzo Abe’s diplomatic policy of promoting a “free and open Indo-Pacific” during an interview with media including The Yomiuri Shimbun on Monday.

Additionally, he emphasized that Tokyo will host the Olympics and Paralympics next summer as scheduled. He also said there was no problem in his declining to appoint six recommended candidates to be members of the Science Council of Japan.

“It is necessary to develop policies based on the functioning Japan-U.S. alliance and protect national interests,” Suga said. “I would also like to build stable relations with neighboring countries including China and Russia.”

For the Tokyo Olympics and Paralympics, he will work closely with the International Olympic Committee, the Games organizing committee and the Tokyo metropolitan government, saying: “We will realize safe and secure Games by taking all possible measures against novel coronavirus. I would like to [arrange for related parties to] make thorough preparations.”

Regarding his reason for not appointing six candidates to be members of the Science Council of Japan, the prime minister said, “I made the decision from the viewpoint of ensuring [the council’s] comprehensive activities.”

Suga pointed out that the government spends about ¥1 billion annually on the council and that members are public servants, stressing the importance of appointing the members carefully.

“The council enables members [that are stepping down] to name their successors. I was wondering if it is good to follow the precedent of appointing recommended people,” he said.

He also emphasized his not appointing the six “has nothing to do with ‘academic freedom.’”

On lowering mobile phone rates, he said, “I would like to further promote competition so that we can realize charges and services that are acceptable for users and easy to understand.”

Regarding his administration’s plan to create international financial cities, he said, “I hope Tokyo will develop further, but would also like to create an environment for other parts of Japan to enhance their functions as financial hubs.”

Suga also mentioned the possibility of additional economic measures amid the spread of the novel coronavirus, saying, “I will not hesitate to respond properly if necessary, by using discretionary reserve.”

The interview, the first since he took office, was held at the Prime Minister’s Office for about 30 minutes.

■ Preparing for the Tokyo Olympics and Paralympics

■ Realizing mobile phone charges and services that are acceptable for users