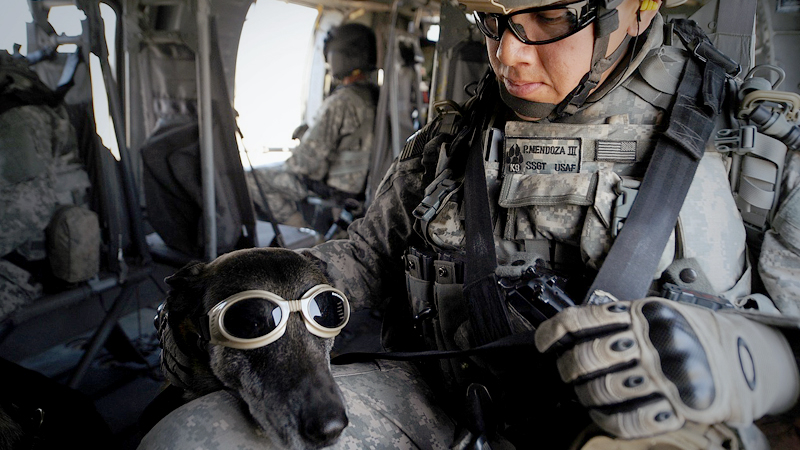 WASHINGTON - The Trump administration is planning to move ahead with a significant reduction of U.S. forces in Afghanistan before President Donald Trump leaves office in January, taking steps toward delivering on his long-delayed campaign promise to bring home troops from insurgent wars.

According to officials familiar with the discussions, the White House is preparing to announce as soon as this week plans to roughly halve the number of U.S. troops, from around 5,000 to 2,500, by the time President-elect Joe Biden assumes office on Jan. 20.

The administration is also expected to announce a more modest troop reduction in Iraq, bringing the military force there from about 3,000 to 2,500 troops, another step that would advance the goal Trump has espoused since before he was elected to wind down the wars launched in the wake of the Sept. 11 attacks and refocus resources at home.

But the reductions may not bring an end to America's long-running wars, as militant groups continue to evolve and fracture. The proposed cuts also have an uncertain meaning less than 70 days before Biden takes office and launches a process to scrutinize his predecessor's decisions.

The Trump administration's decision to make a major reduction in Afghanistan, where violence has surged as Afghan negotiators engage in halting peace talks, in particular could bring to a head tensions that have intensified between some at the Pentagon and White House during a chaotic transition period.

Officials cautioned that the plans from the White House, where foreign policy zigzags have been common, could change. Some aides are proposing a Trump speech later in the week to announce the planned cut from Afghanistan, which was first reported by CNN.

The discussions come as the president continues to falsely assert victory in the Nov. 3 election. Trump, who fired his defense secretary and elevated loyalists at the Pentagon last week, has also blocked agencies from working with Biden's transition team.

Days before being dismissed, Pentagon chief Mark Esper sent Trump a classified memo that cautioned that conditions were not adequate to make additional troop cuts in Afghanistan, citing the possibility of undermining peace talks and a variety of other factors. His assessment was based on input from senior military leaders.

As part of a deal struck between U.S. and Taliban negotiators in February, the United States promised to withdraw all troops from Afghanistan by May 2021 if the militants meet certain terms of the agreement, including a break with al-Qaida and progress toward a peace deal.

But military leaders have repeatedly said that timeline is predicated on the Taliban fulfilling its commitments and the security situation, which has deteriorated sharply in recent months, and indicated their support for forgoing further troop reductions until conditions allow.

The expected withdrawal announcement is in keeping with an earlier statement by national security adviser Robert O'Brien, who last month got into a public spat with Gen. Mark Milley, chairman of the Joint Chiefs of Staff, about the course ahead in Afghanistan. At the time, Milley said that O'Brien's assertion that the troop level would be cut to 2,500 by January was "speculation."

The apparent divide over a possible eleventh-hour cut, which officials have said was among the reasons Esper was fired, raises the possibility of greater Pentagon-White House friction in the final weeks of Trump's presidency. O'Brien has told other officials that Milley isn't listening to the president on Afghanistan.

Spokesmen for Milley and for Christopher Miller, the former Green Beret and counterterrorism expert who Trump tapped to replace Esper, did not immediately provide a comment.

In a message to Defense Department employees on Monday, Miller cited as among his top priorities to "bring the current war to an end in a responsible manner that guarantees the security of our citizens."

A senior defense official said the reduction to 2,500, if finalized, was in line with earlier plans to incrementally bring the troop level down ahead of the May 2021 withdrawal deadline, but would simply accelerate the interim move to 2,500 by a month.

In a podcast recorded on Thursday, before news about the White House plans emerged, U.S. Central Command head Gen. Kenneth "Frank" McKenzie Jr. said the United States would take a conditions-based approach to further troop reductions. He appeared to suggest the Taliban had not made good on denying al-Qaida a safe haven in Afghanistan. "We need to see action here," he said.

"The sheer volume of Taliban-initiated attacks against the people of Afghanistan are not indicative of an organization that is serious about peace," McKenzie added.

A significant withdrawal would inject an element of unpredictability into ongoing peace negotiations between the Afghan government and Taliban negotiators.

If Taliban leaders "can see they can win on the battlefield, then they don't need to make concessions at the negotiating table," said Carter Malkasian, a former Pentagon official who took part in some of the talks U.S. officials have conducted with Taliban leaders in recent years.

The planned move in Iraq would make a modest reduction to a force installed in 2014 after Islamic State forces took over most of the country. Since then, U.S. forces have helped train and support local troops as they battled extremists. In recent years, they have focused on seeking to prevent a militant comeback.

Reports about an imminent announcement prompted warnings from senior Republicans on Capitol Hill. In an impassioned speech Monday, Senate Majority Leader Mitch McConnell, R-Ky., implored the president not to end U.S. military operations in Afghanistan, saying it would be an embarrassment "reminiscent of the humiliating American departure from Saigon in 1975."

McConnell, avoiding direct criticism of Trump, encouraged the president to preserve the "limited, but important role" of those who remain. "Leaving the field in Afghanistan to the Taliban and ISIS would be broadcast around the world as a symbol of U.S. defeat and humiliation," he said.

For months, Republicans who have long defended maintaining the presence of U.S. forces in conflicts have struggled to reconcile that with their political instinct to defer to Trump.

Sen. Lindsey Graham, R-S.C., once the GOP's most ardent advocate for keeping forces stationed in Afghanistan, told reporters Monday that he had been "for the idea of coming down" and simply appreciated that the number left in place would not be "zero."

"2,500 may be the residential force that protects us from a collapse," he said, adding that he wanted "to hear more about it" from Trump.

Some Pentagon officials, however, expressed confidence that the United States would be able to maintain an effective counterterrorism operation with a force of 2,500.

One senior defense official, who spoke on the condition of anonymity to discuss internal deliberations, said the move would not "put any undue risk on U.S. forces or on our ability to support Afghan national security forces in their efforts against the Taliban. . . . Most importantly, it does not degrade our ability to conduct counterterrorism operations."

A lean American force would be focused on extremist groups and, possibly, continue air support for Afghan troops, who remain heavily reliant on foreign air power. Army Gen. Austin "Scott" Miller, the top U.S. commander in Afghanistan, has been preparing his units for deeper cuts for more than a year.

A model for the future mission might be found in Syria, where a modest U.S. force consisting mainly of Special Operations troops has provided intelligence, reconnaissance and airstrikes for local forces on the ground. Support and air cover is provided from nearby countries.

A big U.S. cut could also impact the 38 NATO and partner countries that have fielded troops alongside the United States for more than a decade. They are reliant on U.S. air, medical and logistical support and would likely draw down as well.

In telephone calls last week to NATO Secretary General Jens Stoltenberg and defense ministers of those with the largest number of troops, the new acting defense secretary assured them there would be no change in policy and "no surprises." But senior officials in several governments said they had come to understand that no Trump administration policy was finalized until the president announced it, and sometimes even not then.

Trump's plans have been only marginally coordinated, if at all, with his negotiating envoy to the Afghans, Zalmay Khalilzad, and with the Afghan government.

While Trump has battled many of his top aides in his pursuit of a withdrawal, Secretary of State Mike Pompeo has come to accept the president's wishes to end the costly conflict, said senior U.S. officials familiar with his actions.

Pompeo fought to increase the U.S. military footprint in the country at the outset of the Trump administration, but as the president has grown weary of the conflict, Pompeo shifted his position to supporting a "conditions-based" withdrawal. As Trump appears poised to accelerate the withdrawal despite missing key benchmarks, he is not expected to face significant resistance from Pompeo, officials said.

"At the end of the day, Pompeo appreciates that this is the commander-in-chief's prerogative and it's an issue that the president campaigned on," a senior U.S. official said.

Biden has not commented directly on the U.S.-Taliban agreement or the intra-Afghan negotiations. His policy, stated throughout the campaign, is somewhat similar to Trump's - ending U.S. "forever wars," and leaving a residual counterterrorism force in Afghanistan to fight al-Qaida and a growing Islamic State movement.