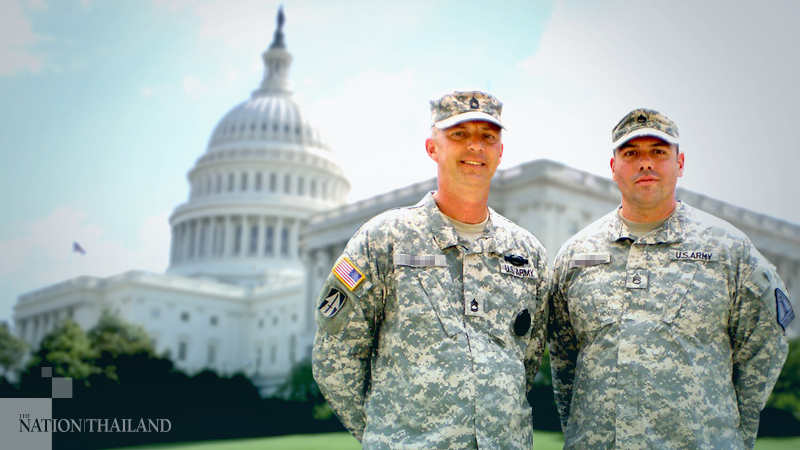 A massive security operation is underway in Washington, D.C., ahead of President-elect Joe Biden's inauguration on Wednesday, two weeks after a pro-Trump mob stormed the Capitol.

As images of National Guard troops circulate online, some in the United States have compared the capital to a war zone. The commentary has drawn pushback from people who have lived or worked in areas actually beset by conflict, who say such remarks are misleading and trivialize the reality of war.

"It's extremely degrading to people who have actually lived through war and foreign occupation and have actually seen tanks rolling down their streets and foreign soldiers occupying their land or their own soldiers deployed against them," said Jasmine el-Gamal, a former Pentagon adviser who worked in Iraq as a translator following the U.S. invasion in 2003. "That's a conflict situation. That's a war zone."

Resorting to these comparisons rather than putting events within U.S. historical context, she told The Washington Post, "does U.S. citizens a huge disservice and it does international viewers a disservice when they are trying to understand what's happening to the United States and how we got here."

On Friday, CNN anchor Wolf Blitzer tweeted a picture of members of the U.S. National Guards standing in a street with the caption: "I spotted these National Guard troops at a normal Washington street corner not even near the Capitol. So many streets have been closed. It reminds me of the war zones I saw in Baghdad or Mosul or Falluja. So sad."

"HOW is the current situation in DC Baghdad??," demanded a Twitter user named Soroya. "Are bombs dropping on everyone's heads?? Have hundreds of thousands of people died?? Stop comparing like it's even remotely the same."

"Why, did your family get shot to pieces inside your car before you took this photo," asked Patrick Osgood, an analyst who focuses on Iraq.

"The day of the storming of the Capitol, I was looking at my Twitter timeline and it was basically just full of people jumping to so many conclusions and comparisons and saying, 'Oh my gosh this is what happens in the Third World or the Middle East,''" Gamal said.

"For people who live outside and looking at the U.S. and want to be heard and understood, these comparisons feel like a huge slap in the face," Gamal said. "For Americans who don't know these experiences, it makes them think they know what its like."

Faysal Itani, an adjunct professor of Middle East politics at George Washington University, called conditions in Washington "qualitatively different" from conflicts in places like Lebanon, where he is from, and elsewhere in the Middle East.

But he was not surprised comparisons were being made.

"The Middle East has become the go-to aesthetic ... the template for breakdown and violence" in the United States, he said.

Americans, Itani said, often view their country in one of two modes: "It's either a pristine place ... that somehow functions according to different rules" than the rest of the world, "or it turns out it's imperfect and we're back in Baghdad."

The novelist Phil Klay, an Iraq War veteran, said he understood why people in the United States "are looking for the language to describe a circumstance that is truly bizarre and feels extremely unsettled."

But he said he meets this kind of description with "an eye roll."

"The situation is extremely serious in the context of American democracy," he told The Post. "But I don't think that comparing D.C. to a war zone leads you to consider how we got to this particular place and what we need to do to respond to it."

Rasha Al Aqeedi, an Iraqi senior analyst at the Center for Global Policy in Washington, said that comparing any military activity to Iraqi cities such as Mosul and Baghdad has the effect of "normalizing that conflict and military war belong there. We tend to forget the human beings actually live there."

She urged people to look instead for "analogies based on the human experience and not violence and the military."