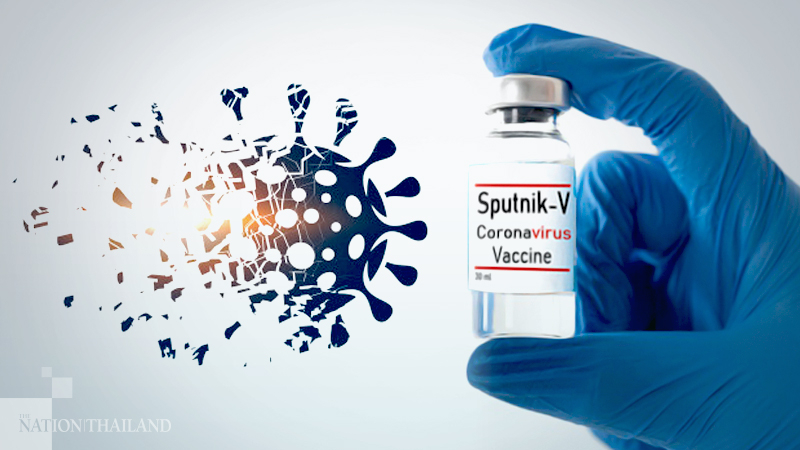 The Russian coronavirus vaccine, Sputnik V, was 92% effective at preventing symptomatic illness in a large clinical trial, robust protection that puts it in line with top vaccines developed in the United States and Europe, according to results published in a peer-reviewed journal Tuesday.

The Russian vaccine effort has been criticized for being too rushed, elevating nationalistic competition over scientific evidence. The publication in the Lancet, a British medical journal, marks the first large-scale, peer-reviewed results to be published showing the performance of Sputnik V - despite the fact that the vaccine has been in broad use in Russia and is being rolled out to other countries.

Outside experts said the data convincingly shows the vaccine works. But because the trial was conducted in Russia in the fall, before the spread of virus variants that have shown signs of eroding vaccine effectiveness, questions loom about how protective the vaccine will be in the face of emerging threats.

"Results are great," Hildegund C.J. Ertl, a vaccine scientist at the Wistar Institute, said in an email. "Good safety profile, more than 90% efficacy across all age groups, 100% efficacy against severe disease or death, can be stored in the fridge and low cost. What more would we want?"

Kirill Dmitriev, chief of the Russian Direct Investment Fund, a state fund that had backed the vaccine, said the results proved that criticism of the vaccine was unfounded.

"All our critics are keeping quiet at the moment because they are running out of arguments. We have addressed all of their concerns. Sputnik V has proven itself to be one of the most effective and safest vaccines in the world," he said at a news conference.

The news was also a relief to foreign officials who had been relying on the Russian-made vaccine to fill gaps left in their supplies. Mexico's deputy health minister, Hugo López-Gatell, had flown to Argentina last month to follow the country's Phase 3 testing of Sputnik V. López-Gatell said Tuesday the public had felt "a concern, a worry that is totally legitimate about whether the [Russian] vaccine is effective."

He said he hoped the results published in the Lancet put those anxieties to rest.

"This gives us an enormous opportunity to accelerate the pace of vaccination against covid in Mexico," he said. Mexican authorities are expected to formally approve emergency use of the Russian vaccine Tuesday.

Almost 20,000 participants took part in the Phase 3 trial, with roughly three-quarters receiving the vaccine, while the remainder received a placebo.

The results appear to make Sputnik V the third coronavirus vaccine to have an efficacy of more than 90%, along with the Pfizer-BioNTech and Moderna vaccines. But experts have repeatedly cautioned that it can be misleading to compare performance in different vaccine trials, because of differences in how the trials are designed and when and where they were conducted.

Vaccines that have been tested more recently, in areas of the world where variants have become dominant, such as vaccine candidates from Johnson & Johnson and Novavax, appear less efficacious against a form of the virus that is rapidly becoming dominant.

Peter Jay Hotez, a vaccine scientist at Baylor College of Medicine, said he was concerned that antibody levels sparked by the Russian vaccine appeared relatively modest. While the vaccine may have offered robust protection against the form of the virus circulating in Russia in September and November, laboratory tests have demonstrated that antibodies triggered by other vaccines are less effective against the variants, particularly one that originated in South Africa and is rapidly spreading globally.

"The worry is that when you're starting out low like this . . . as the South African variant comes through, this [vaccine] may no longer protect," Hotez said. "I think that's what's probably going to happen, and the Russians are going to look at recasting this vaccine in some way."

In the trial, participants who received Sputnik V were administered two shots 21 days apart. The regimen uses two different harmless cold viruses, called adenoviruses, to infect cells with a gene that carries the blueprint for the spike protein found on the surface of the coronavirus. By using two different viruses to deliver the gene, the vaccine regimen avoids one possible problem with such an approach - that the body may build an immune response to the cold virus that delivers the gene, blocking the booster shot's ability to rev up the immune system.

The technology is similar to that used by the single-shot Johnson & Johnson vaccine, which reported 66% efficacy overall at preventing moderate and severe disease four weeks after the shot, and the vaccine developed by AstraZeneca and Oxford University, which EU regulators have judged to be about 60% effective. AstraZeneca and Gamaleya, the Russian research institute that developed Sputnik V, announced in December that they are working together to explore whether combinations of their vaccines might be beneficial.

"The vaccine appears to induce decent protection, consistent with their previous press releases," said Konstantin Chumakov, a member of the Global Virus Network, an international coalition working on viral threats. "It confirms the expectations that adenovirus-based vaccines can be effective, at least in the short run. Now, it remains to be seen how long the immunity will last, and whether it will protect against the variant strains."

There were 62 confirmed cases of covid-19 in the placebo group, compared with 16 infected people found in the vaccine group, none of whom had severe symptoms.

The trial included more than 2,000 volunteers who were older than 60. Results did not differ statistically for this older group.

There were limited side effects in those who received Sputnik V, the developers said, with 94% of adverse effects described as mild, including flu-like symptoms and reactions at the injection site.

After receiving approval Aug. 11 in Russia, the vaccine's developers marketed Sputnik V aggressively, setting up a website that dubbed the vaccine the "first registered vaccine against COVID-19" and using a Twitter account to not only promote it but cast doubt upon rivals.

Sputnik V's developers say the vaccine is already registered in 12 countries. It remains the only vaccine to be used in a low-income country, after being used on a trial basis in the West African nation of Guinea.

In mid-January, Moscow said it was "open to immediate cooperation" with Egypt and could provide the Sputnik V vaccine within days, adding more supply throughout 2021, the Russian Embassy in Cairo said in a statement last month.

Russia was also "ready to transfer technology to produce this vaccine" in Egypt, which the embassy said had "an adequate production base."

The statement made clear that Moscow viewed the Sputnik V vaccine as an opportunity to solidify its burgeoning relationship with the government of Egyptian President Abdel-Fattah el-Sissi and gain influence in Africa and the Middle East.

"This will not only allow for the widest possible vaccination campaign, but it will also help develop the economic and trade capabilities of our Egyptian friends," the embassy said.

Russia would like Egypt to become an export hub for the Sputnik V vaccine in Africa, Egypt's ambassador to Moscow told Egypt's El Watan newspaper.

Last month, Egyptian health specialists performed clinical trials of the Sputnik V vaccine, according to El Watan, which quoted an Egyptian health ministry aide saying that "the Russian vaccine is currently a priority for research."

The Sputnik V vaccine has not been approved or registered in Egypt.

The Sissi government received its first shipment of the Chinese Sinopharm vaccine in December to vaccinate front-line medical workers.

This week, Egypt received its first 50,000-dose shipment of the AstraZeneca vaccine, also to vaccinate health workers, the country's cabinet announced Tuesday. The government has ordered 20 million AstraZeneca doses from India, according to Al Ahram, a state-run newspaper.

On Tuesday, Algerian officials said that they will start producing the Sputnik V vaccine in coming weeks and that the first batch of 50,000 doses arrived in Algeria last Thursday. Kamel Mansouri, head of Algeria's national agency for pharmaceuticals, said on national television Tuesday that Algeria and Russia were in advanced discussions to manufacture the vaccine at a government-owned facility.