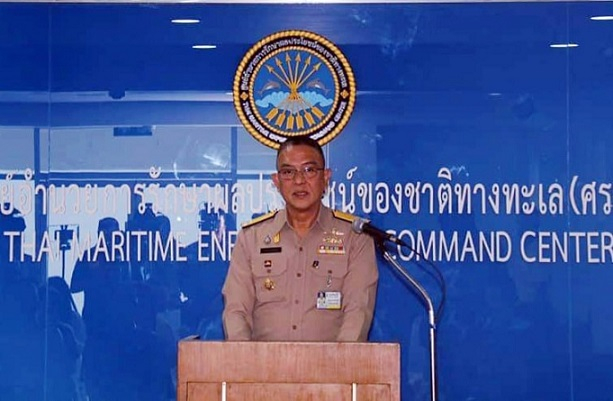 Seventeen Thai workers, who earlier this week had claimed to be stranded on a trawler off the coast of Somalia and wished to return home, would arrive in Thailand later this week, a senior Thai Maritime Enforcement Command Centre (Thai-MECC) official told the press on Wednesday (August 7).

Thai-MECC operations centre director Vice Admiral Ronnapop Kanchanaphan said an investigation by the Marine Department found that the fishing boat, Wadani 1, had been sold by its Thai owner to an Iranian national in 2015 and its Thai vessel registration number had been revoked. As a result, when the Fisheries Department checked its database of Thai fishing boats, it did not find the vessel among Thai boats registered to operate outside Thai waters, he said. This vessel, now docked at Bosaaso City port, was not a Thai boat although it fished in Somalia and sent the catches to Thailand. He said the centre had stepped in to provide aid only because it involved the safety and welfare of dozens of Thai workers on this boat.
The Thai-MECC had already coordinated with the Combined Task Force 151 (CTF-151), which is a multinational naval task force based in Bahrain, to follow the situation closely and be ready to go to their aid if a call for help were sent, Ronnapop said.
So far there was no crisis or dangerous situation involving this vessel hence there was no need for immediate intervention.
He added that the Thai-MECC had talked to the 17 Thai crew members, who wished to return home, and since there was no imminent danger the procedure was done as per international laws. He said Thailand's ambassador to Kenya, Cherdkiat Atthakor, had also helped coordinate aid to the Thai workers and had received a good response from local leaders in the area. He was told that the Thai workers were getting food and drinking water and were in the process of going through the International Organisation for Migration's procedure before they could be sent back to Thailand.
Ronnapop said the 17 workers should be able to return by the end of this week. Asked if the workers' travel to work on the fishing boat there was legal, Ronnapop said the Labour Ministry would check the information once they return to Thailand.