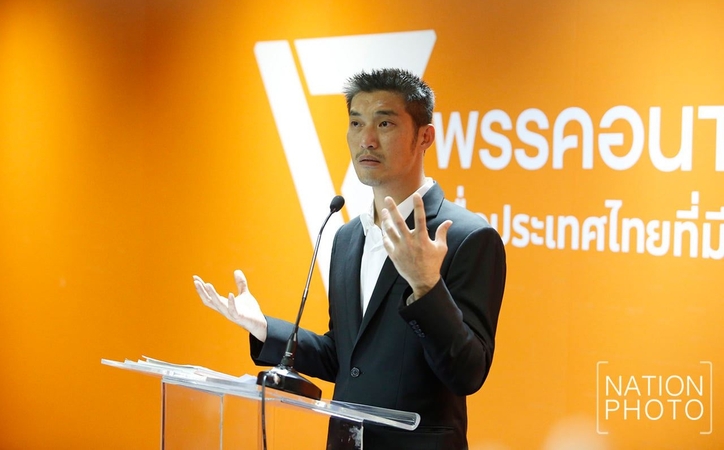 Thanathorn’s case related to his alleged ownership of V Luck Media will be decided by the Constitution Court on November 20.
Thanathorn explained the case with his answers to four key questions:

1. Is V Luck Media a media?
A: V Luck Media is not a media, as the company had shut operations since November 26, 2018, well before the March general election. The company had no income, except unpaid dues, which was not for the company’s product or service.
The only income V Luck Media earned in 2019 was from selling properties to close the business. In conclusion, V Luck Media did not qualify as a media company as it was no longer in operation, had no employee, product, or service.

2 Was Thanathorn a V Luck Media shareholder on February 6, 2019?
A: A claim has been made that Thanathorn was a shareholder based on a paper V Luck Media had sent to the Ministry of Commerce about the latest list of shareholders, which was not valid in this case. In fact, to check the effectiveness in changing shareholders, or completing the transaction, people must refer to the Civil and Commercial Code, sections 1129 and 1141 on January 6, 2019.
“I have already transferred shares back to Somporn [Juangroongruangkit]. There was a transfer instrument, and payment before two witnesses and a Rotarian lawyer,” Thanathorn added. “Besides, I have completely changed the information in the company’s shareholder registration, according to the Civil and Commercial Code, sections 1129 and 1141.”

3 Is being a media shareholder wrong under the current Constitution?
A: The Constitution’s intention in barring politicians or authorised public persons from holding shares in a media company was because the media could be partial towards its owners and unfairly target rivals. “Those three magazines have neither contacted me nor blamed my political competitors,” Thanathorn argued.
He reiterated that the magazine company had closed down from November 26, 2018, before the general election was announced through a Royal Decree on January 23, 2019.

4 Has the judicial process been correct or fair towards Thanathorn?
The Election Commission, which is the petitioner, has nominated a set of committees to inspect this case. Preecha Namaeungrak was named president of this inspection. The committee called two witnesses who had signed the contract, together with the Rotarian lawyer, to give statements on May 22, 2019.
“During the investigation process, the petition was sent while the facts had not been inspected completely, raising my suspicion that this case is politically motivated,” Thanathorn said.