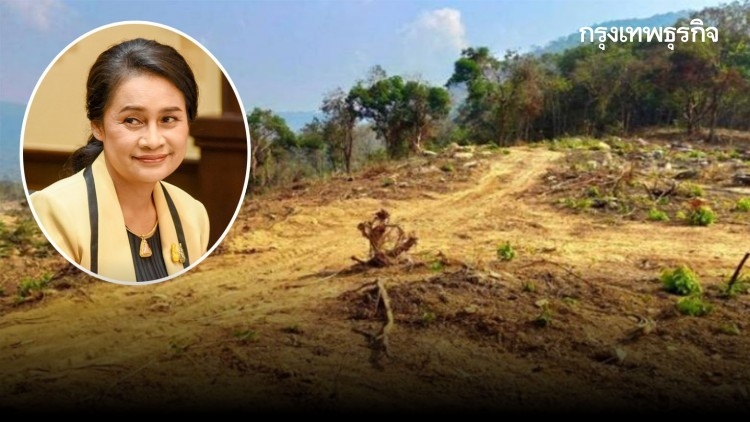 A case has been filed on Tuesday (January 21) against Deputy Minister of Education Kanokwan Wilawan for allegedly encroaching on forest land.

Colonel Phongphet Ketsupta, commander of division 4 reconciliation and reformation centre of the Internal Security Operations Command (Isoc), filed the case at Muang Prachin Buri Police Station. He said investigations showed the deputy minister was allegedly in violation of Section 19 of the National Parks, Wildlife and Plant Conservation Act BE 2562.
“Isoc, the Ministry of National Parks and Department of Lands Department on Monday [January 20] investigated the land in question in Nernhom subdistrict, in the Muang district of Prachinburi province,” said Phongphet. “We found that the land, measuring 15 rai 2 ngarn 44 square wah, encroaches on the Khao Yai National Park’s land of 12 rai 1 ngarn 92 square wah.”
“We have also found tracks of excavators paving the path up the mountain, which seems like an effort to create a trekking route for tourists leading to scenic points on the mountains, indicating the land was being prepared for business purposes. Part of the paved route also encroaches on a public canal,” Phongphet added.
On January 17, the officers of Isoc’s division 4 had investigated a land adjacent to Kanokwan’s land, which has an area of 70 rai, and found that it encroaches on 11 rai 3 ngarn and 93 square wah of forest land. The land belongs to Kanokwan’s father, Soonthorn. This makes the total area of alleged encroachment of Khao Yai National Park land by the Wilawan family at around 24 rai.
“There are many other pieces of personal land that are encroaching on Khao Yai National Park land, and I will investigate them all from Prachin Buri to Nakhon Ratchasima provinces,” added Phongphet.