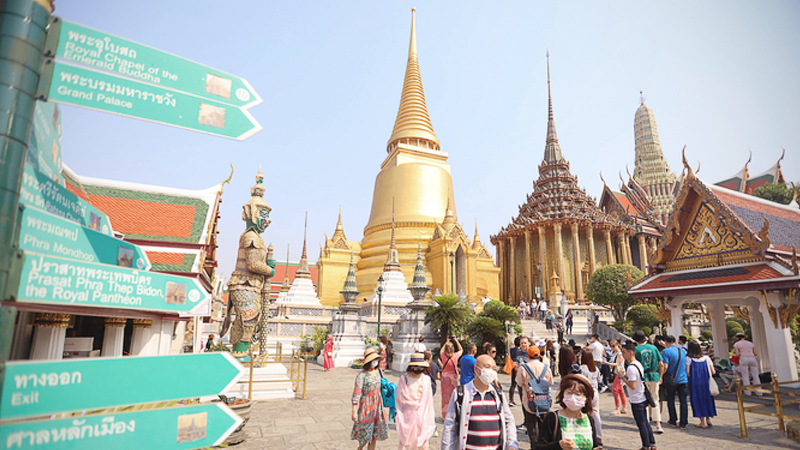 More than a million people in the tourism industry could lose their jobs with estimated loss of Bt1 trillion if the Covid-19 pandemic continues, Tourism Council of Thailand (TCT) president Chairat Trirattanajarasporn said.

“We estimate that around 25-30 per cent of tourism employees or 1-1.2 million people will be laid off, while up to 3 million will have their salaries cut or be offered unpaid leave until the situation improves,” he added.
Chairat further added that one of the major obstacles for tourism operators is that they cannot access financial support provided by the government. “The Cabinet recently approved low-interest loans or soft loans totalling Bt150 billion with each operator allowed a maximum amount of Bt20 million. However, all banks that we have contacted say they have not received the budget yet.”
“We would like the government to follow up on this measure and approve the budget as soon as possible, since tourism operators are in a dire situation and in urgent need of loans,” he added.
Meanwhile, the president of the Association of Thai Travel Agents (ATTA), Wichit Prakobkosul, said that tourism entrepreneurs have appealed to creditor banks to extend the repayment period for 6-12 months and reduce the interest by 50 per cent. “Entrepreneurs need these measures to stay afloat amid the Covid-19 situation,” he said. “However, it has been more than two months since we submitted appeals but the banks are still silent.”
Tourism Authority of Thailand (TAT) Governor Yuthasak Supasorn said that TAT will discuss with Government Savings Bank and Thai Credit Guarantee Corporation to lessen the criteria for soft loans of Bt15 billion to make sure that tourism operators, who are mostly small and medium-sized enterprises, can get them. “We are aware of the problems in the tourism industry and will use every possible measure to prevent entrepreneurs from laying off people, as spike in unemployment could lead to increased non-performing loans,” he said.