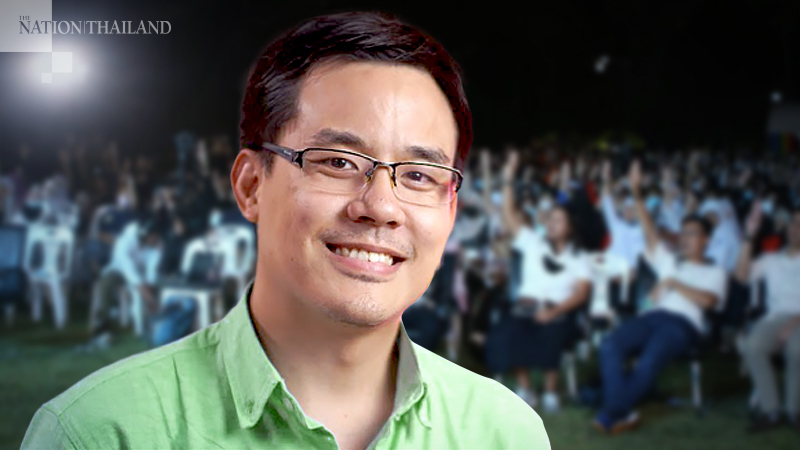 The petition to rewrite the charter began in August while the Ratsadon group was established in October, revealed iLaw manager Yingcheep Atchanont, while calling on MPs and senators not to be suspicious about the intention to have a “normal political system”.

Constitution amendment flaws, he said, could be fixed in a second parliamentary motion.

Yingcheep said legal terms were used to cover up the flaws. For instance, no one opposed the principles of the amendment to elect a prime minister without interference from outside powers.

He also said it would be nearly impossible to separate each point in the amendment as it would require about a million documents, so it made more sense to merge them.

Responding to some senators questioning where the problem lies with the Constitution, Yingcheep explained that the government’s reform plan under a reform panel had not succeeded.

In addition, there were 3,000 pages of principles and the National Strategy Committee, led by Prime Minister Prayut Chan-o-cha, was the one that interpreted them, the iLaw manager said.

He said reform requires the participation of the people and the amendment suggested that Section 16 be scrapped to see whether it actually affects government policy, or are they just afraid of change?

He said senators appointed by the National Council for Peace and Order have to quit, while new members of the Election Commission and the Constitutional Court have to be promptly selected according to Constitution Act BE 2540 to elect new senators.

The amendment does not intend to create a void, Yingcheep said, adding that he would like it to be accepted, while problems could be solved during the second motion.

Wisarn said Parliament should listen to the voice of the people as 50,000 are allowed to propose a law change while about 100,000 people have already signed their names supporting the draft.

He also accused Prayut of not being sincere on Constitutional amendment as government MPs have demanded that the Constitutional Court decide whether a charter amendment is in line with the law.