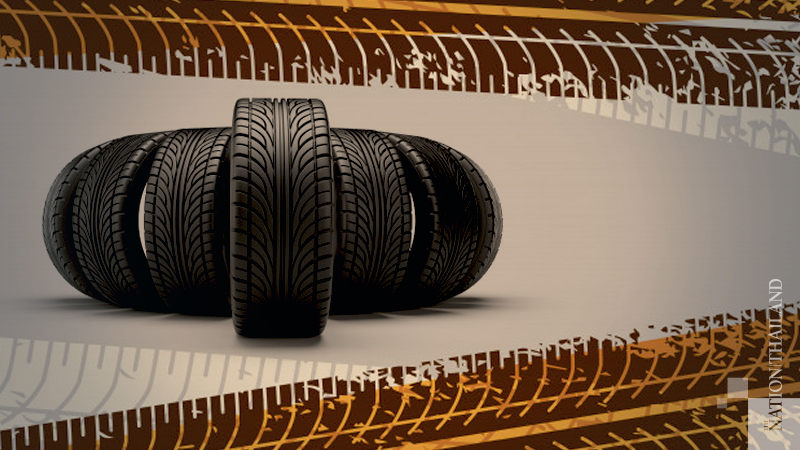 Thai exports of tyres to its biggest market could take a big hit if the United States decides to impose anti-dumping duty.

Such a move would not only affect domestic tyre manufacturers but also Chinese firms who had moved their manufacturing bases to Thailand after China had been ordered to pay the same duty by the US since 2015, said Chaiyasit Samritwanitcha, president of Rubber Product Industry Group at the Federation of Thai Industries.

The US Department of Commerce on December 29 announced that four countries -- Thailand, South Korea, Taiwan and Vietnam -- were under scrutiny for anti-dumping duty. The department’s final hearing will be concluded on May 13.

“The United States is our biggest automotive tyres market, and if they rule that we have to pay the anti-dumping duty they could switch to importing from our competitors, like Indonesia and India who are not yet subject to the anti-dumping duty,” he said. “The impact from the US decision could be either short or long-term, depending on their following moves. Domestic tyre manufacturers may have to look for alternative markets to make up for the loss of US orders.”

This also means that new manufacturers from China probably would no longer view Thailand as their investment destination and could move their manufacturing bases to either Indonesia or India instead,” he added.

Meanwhile, Kirati Ratchano, director-general of the Department of Foreign Trade, said that according to data from the US Department of Commerce, Thai manufacturers are subject to anti-dumping duty at 13.25 to 22.21 per cent, which is still lower than the other three countries currently under investigation. “Vietnam is reportedly subject to 22.3 per cent anti-dumping duty, while South Korea could be levied from 14 to 38 per cent and Taiwan from 52 to 98 per cent,” he said.