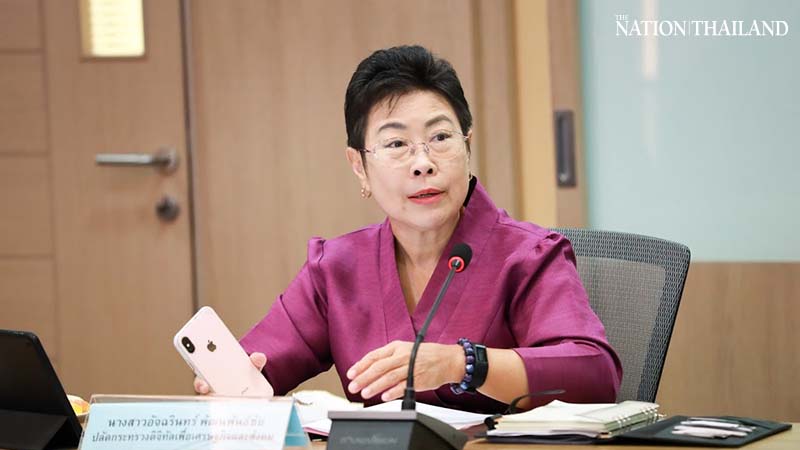 The Digital Economy and Society Ministry announced on Wednesday that the first quarter saw more than 50 million articles, posts and texts that may be dispersing fake information.

Atcharin Pattanapanchai, the ministry’s permanent secretary who also oversees the anti-fake news centre, said the ministry suspects more than 50 million articles to be spreading fake news and that 2,194 are under inspection.

She went on to say that since the establishment of the centre on November 1, 2019, it has seen more than 94 million articles or posts that could be fake, of which 9,775 were inspected.

She added that 2,276 people have been charged for allegedly violating the anti-fake news law thanks to the help of the police cyber task force.

From January 25, 2020, until March 31 this year, 57 million articles, posts and short messages related to Covid-19 were suspected to be fake, and 2,334 of them have been closely inspected.

Meanwhile, INN News has reported that the following claims related to Covid-19 are fake:

• There is a day-to-day method to find out if you are infected.

• That a Covid-19 infection can be confirmed by breathing deeply and holding the breath for 10 seconds.

• That Fah Talai Jone or green chiretta can protect people from Covid-19.

• Kits can be bought to conduct Covid-19 tests at home.

• Bathing in water heated to 41 degrees Celsius can protect against the virus.

• Rinsing the mouth with saline solution or mouthwash can kill Covid-19.

• Adding lime juice to your drinking water can kill Covid-19 and cancer.

• Pfizer’s Covid-19 vaccine can kill people and that this claim comes from a former researcher who was with Pfizer.