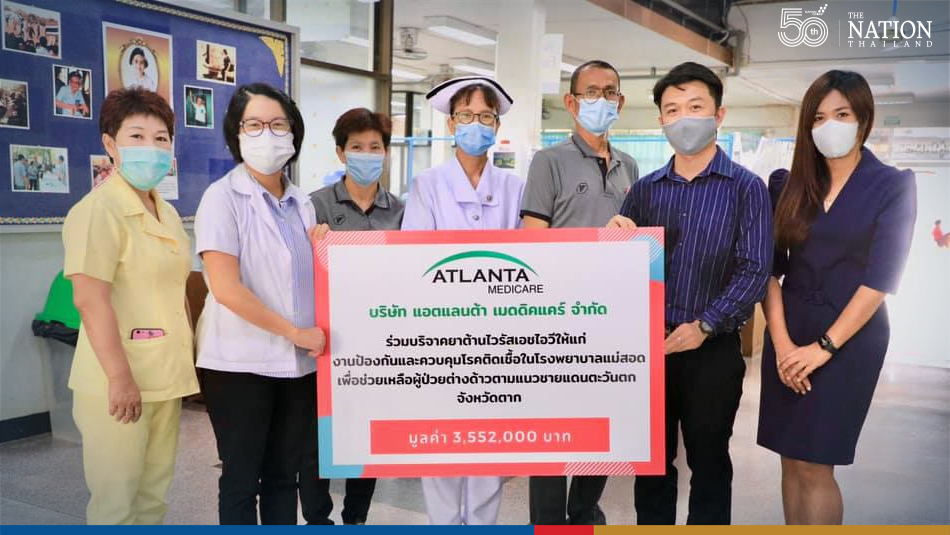 Donation of antiretroviral drugs a boon to HIV patients in Mae Sot: doctor

A Mae Sot Hospital doctor posted a message on Facebook thanking Atlanta Medicare for donating 3,700 bottles of an antiretroviral drug worth 3.55 million baht.

The doctor, who prefers to remain anonymous, posted the message on the Rueng Lao Mor Chai Daen (Story of Doctors at the Border) Facebook page.

“Even though the drugs are about a year from their expiration date, they can still extend HIV patients’ lives,” she said.

The doctor added that Mae Sot Hospital was facing an acute shortage of the drug due to an overwhelming number of patients, both local and across the border from Myanmar. She added that the hospital had called on several global funds and pharmaceutical companies for supplies.

She said that sometimes she has had to cover the cost of the medication to prevent HIV-positive patients from dying unnecessarily.

For instance, she said, on Wednesday a migrant worker and her daughter showed up at the hospital to ask for antiretroviral drugs.

“When I asked if they had money to pay for the drugs, the daughter wanted to know if they were expensive,” she said. “The daughter also told me she worked at a cornfield from 6am to 7pm for a daily wage of 300 baht.”

Though antiretroviral drugs are produced locally, they can still be quite expensive for people in the low-income bracket.

She added that if she hadn’t bought the drugs for them, the daughter would have become an orphan because her father had died from a brain infection a long time ago.

“It is our duty to offer help to our patients, but it would be even better if international organisations lend a helping hand,” she added.