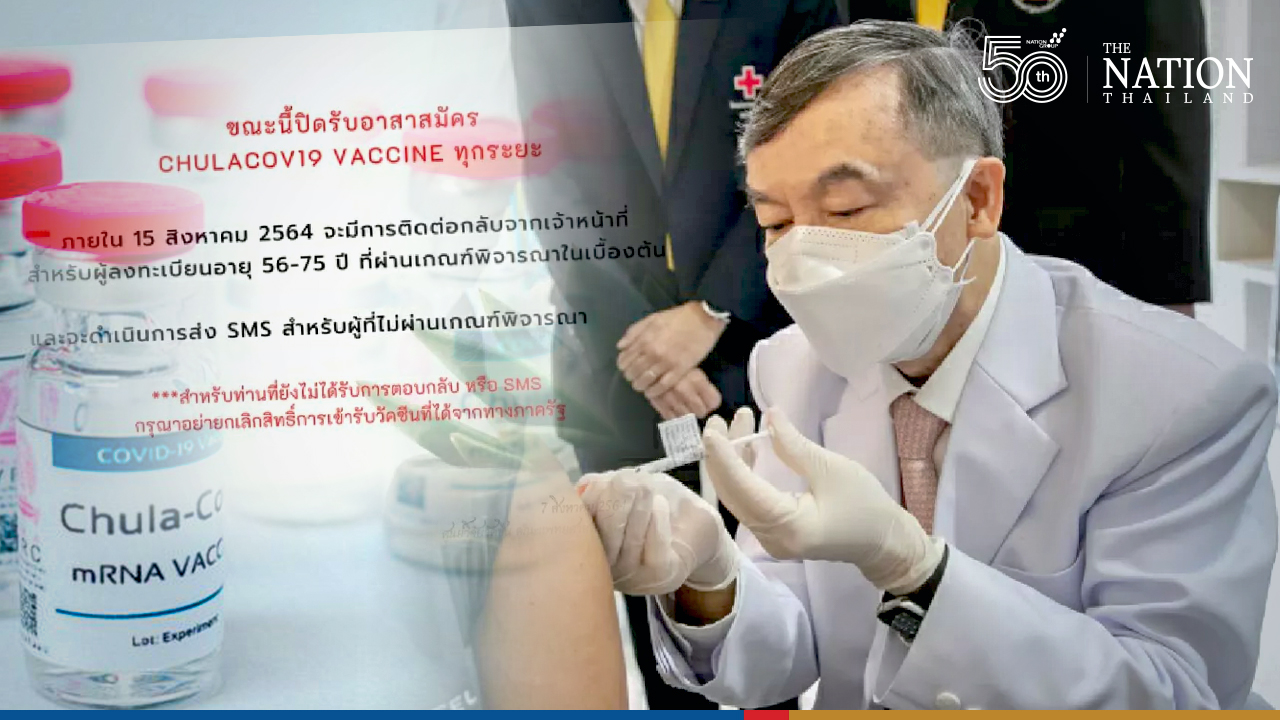 Volunteer applications for Chula Covid vaccine close ahead of schedule

Applications for volunteers to trial the ‘ChulaCov19’ vaccine closed on Saturday, three days before the due date. The Chula Vaccine Research Centre’s (CVRC) vaccine is expected to be ready for administration trial by the end of August.

The Faculty of Medicine of Chulalongkorn University announced on Saturday the closure of applications as they already had the required number of volunteers.

The ChulaCov19 vaccination trial had sought healthy volunteers. The Thai mRNA vaccination volunteer registration was opened from August 3-10. Volunteers were required to be in the 56-75 years age range with no congenital disease, have never been Covid-19 infected, and not received the virus vaccination.

Volunteers who pass the initial screening will be contacted by the staff by August 15. Those who don't make it will receive an SMS via the registered phone number.

The ChulaCov19 vaccine has been developed by Thai officials with support from Prof Drew Weissman, a University of Pennsylvania professor who invented the mRNA vaccine technology. The vaccine was developed from the creation of tiny parts from the coronavirus genetic material without using any infection. After receiving the vaccine, the body will produce spike proteins, stimulate the immune system, and the mRNA will be dissolved without any accumulation inside the body within several days.