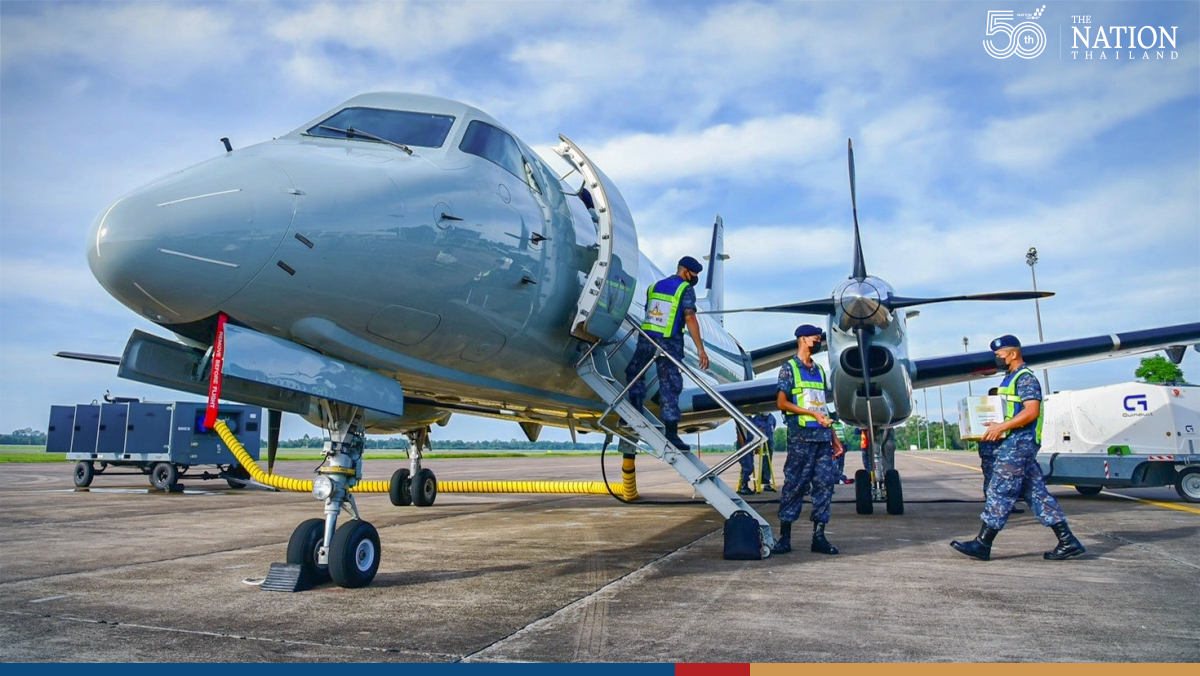 The Royal Thai Air Force (RTAF) has dismissed accusations that it is misusing state assets by deploying aircraft to transport fruit to RATF bases.

RATF spokesperson Air Marshal Thanat Chanampai said on Tuesday that the fruit was transported as part of a government campaign to help farmers. Transportation did not incur extra expenses as the aircraft was already being used for flight training, he added.

His explanation came in response to social media posts earlier this week accusing the RATF of misusing SAAB 340 aircraft to transport mangosteens and longans from Surat Thani, Chiang Mai and Lamphun. Critics complained that deploying air force planes to transport fruit was not cost-effective.

The campaign is a collaboration between the RATF and Ministry of Agriculture and Cooperatives’ Cooperative Promotion Department to transport 30 tonnes of fruit from three provinces where farmers are facing oversupply, to sell to air force personnel and their families at RATF bases.

“The SAAB 340 aircraft is scheduled to perform regular flight training to improve the skills of pilots and staffers even during Covid-19 situation,” said Thanat. “The RATF did not charter any additional flights apart from the scheduled training flights. Furthermore, the aircraft have plenty of available cargo space.”

He added that the transportation of fruits did not incur any additional expenses for the RTAF.

“Rather, this is a way of making the fullest use of air force assets and personnel to help farmers who are unable to transport their produce to markets due to travel restrictions during Covid-19 situation,” he said.