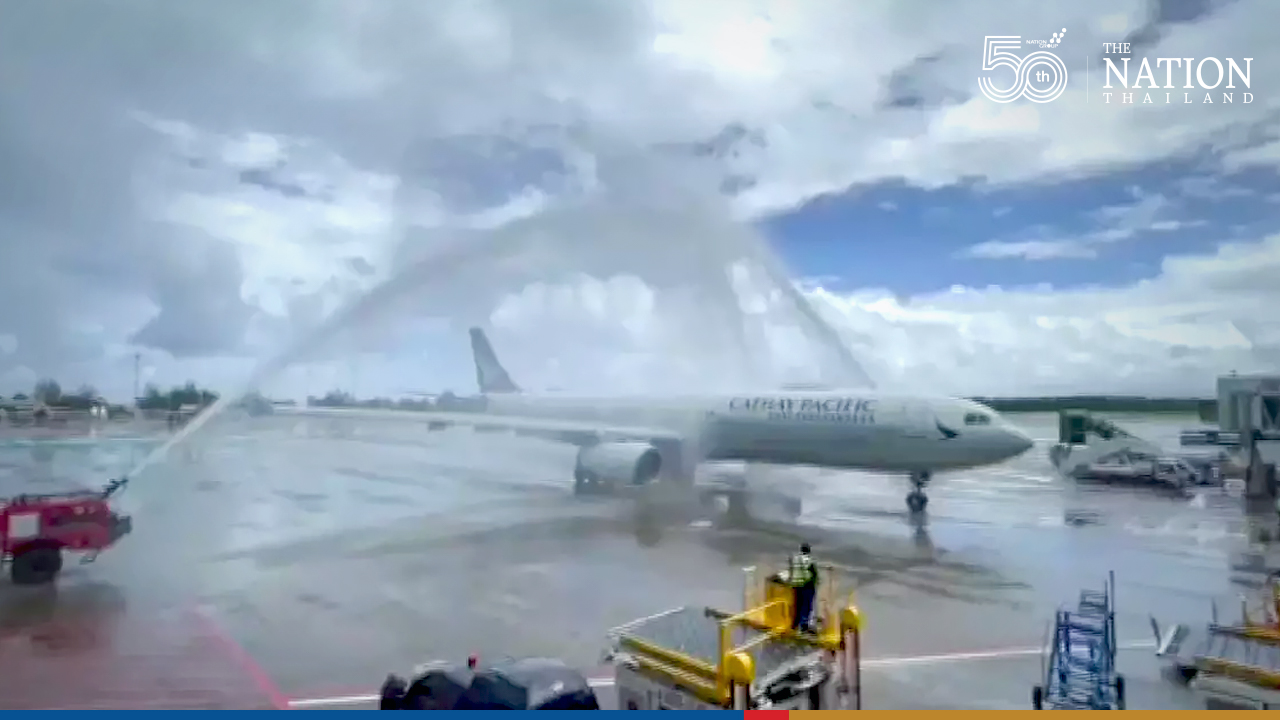 Cathay Pacific flies in 150 tourists on inaugural flight to Phuket

Phuket welcomed Cathay Pacific’s inaugural flight from Hong Kong on Tuesday, which flew in 150 tourists under the province’s sandbox programme. The flight will be operated once a week, said Nantasiri Ranasiri, the director of the Tourism Authority of Thailand (TAT), Phuket office.

Cathay Pacific Airways’ Flight CX771 landed at Phuket International Airport at 10.40am on August 10. The flight was sprayed with water in a welcome ceremony.

Phuket International Airport director Thanee Chuangchoo, along with TAT's Nantasiri, Cathay Pacific’s station agent and airport staff greeted the passengers at Gate No 11.
These tourists are long-distance travellers from the US, Canada and Europe, Nantasiri told reporters.

“This shows that despite the Covid-19 situation in Thailand, tourists are still coming in. It also shows TAT’s promotion of Phuket has proven successful,” she said.
“The murder of a Swiss tourist has not yet affected the sandbox scheme. But we will be conducting an evaluation,” Nantasiri said.

Airlines allowed to fly chartered flights from Phuket to Suvarnabhumi