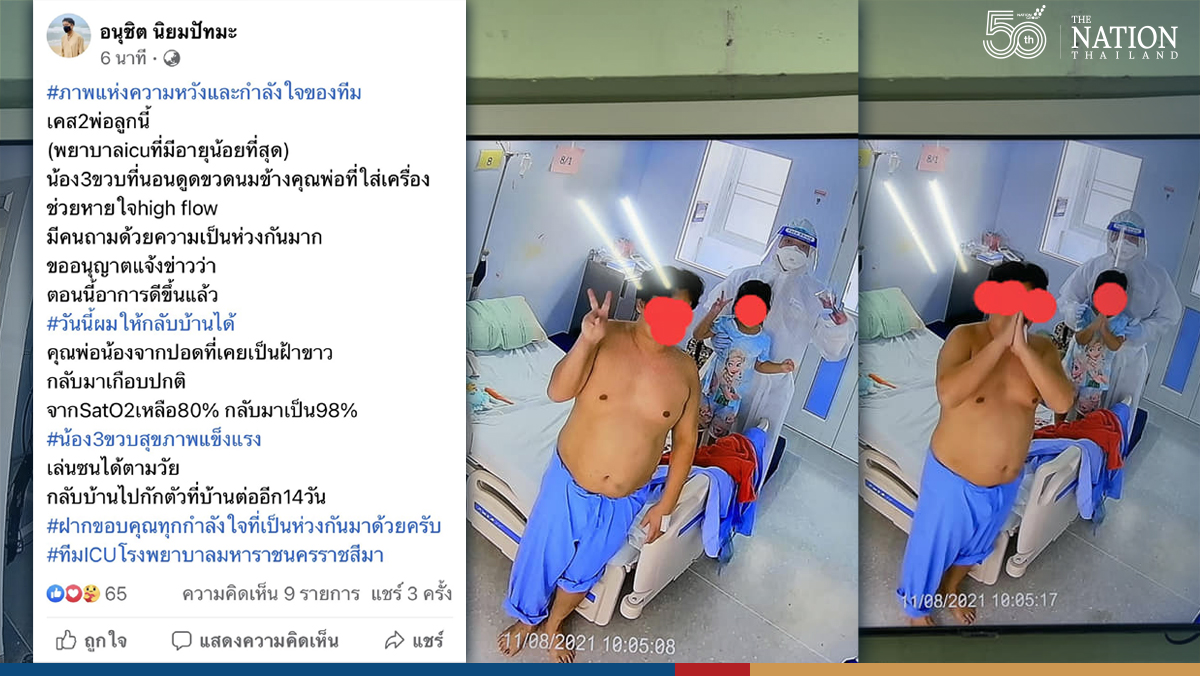 Girl,3, nurses Covid-infected father back to health in ICU

“I will keep you company, Dad,” reads the heart-warming message drawn by a Covid-infected 3-year-old taking care of her severely ill father in a Nakhon Ratchasima hospital ICU.

The message has been circulating on social media since August 2, as Thais prayed for the father and daughter to pull through.

On Wednesday, the doctor in the case thanked netizens for their support and announced the good news: both Covid patients have recovered and are ready to go home.

Photos of the “little nurse” taking care of her intubated father in the ICU room were posted on the Facebook account of Anuchit Niyompattama, a pulmonary and critical care specialist at Maharat Nakhon Ratchasima Hospital.

The doctor posted follow-up photos on Wednesday with a post that read:

“#PicturesOfHopeAndEncouragementForTheTeam, the case of an infected father and daughter (the youngest ICU nurse). A three-year-old child holds a milk bottle as she lies next to her father who is on a high-flow ventilator. After many people have sent messages of concern and support, I would like to announce that they are now in a better condition and are allowed to go home. The father’s lungs, which had developed white spots, are almost fully recovered. The daughter is playfully healthy, and they have both received permission to leave the hospital and isolate at home for 14 days. I would like to thank you for all the support.”

All three members of the family contracted Covid-19, but concern is now focused on the mother, who was transferred for treatment in Bangkok.