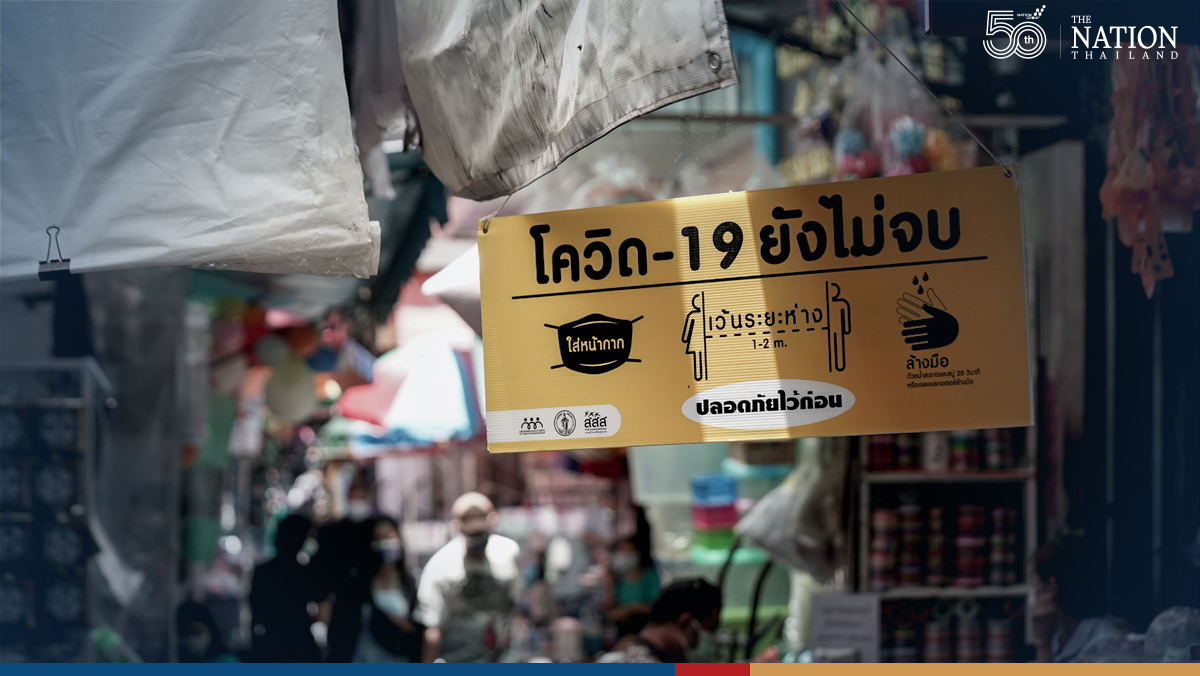 The Thailand Development Research Institute (TDRI) has said the country is far from ready to be reopened in 120 days as previously stated by the prime minister.

In an article titled “Investing in Public Health”, published on Tuesday, the TDRI suggested that the focus should be on restoring public health back to normal as swiftly and effectively as possible, in order to resume normal economic activity.

The article was written by TDRI director Saowaruj Rattanakhamfu.
The article said that the government’s tardy management is damaging citizens’ lives and the economy. The country is losing more than THB1.5 billion every month in the tourism sector alone.

Compared to the UK, Israel and Singapore, which have been reopened due to the easing of the pandemic situation, Thailand is still far from returning to normal.
As only 21.9 per cent of the population had got the first vaccine dose, and as many had received Sinovac which is not considered as having high efficacy, Saowaruj said it would be impossible to reopen the country in October as announced by the government.

The TDRI has made the following suggestions:

Regarding the funding required to implement these five suggestions, Saowaruj said the government can allocate some money from the THB500 billion Royal Decree Loan which was recently released, and from the central budget for fiscal year 2021-22.

“By allocating the money from these sources, the government should be able to find approximately THB1.34 billion in order to bring Thailand back to normal,” said Saowaruj.